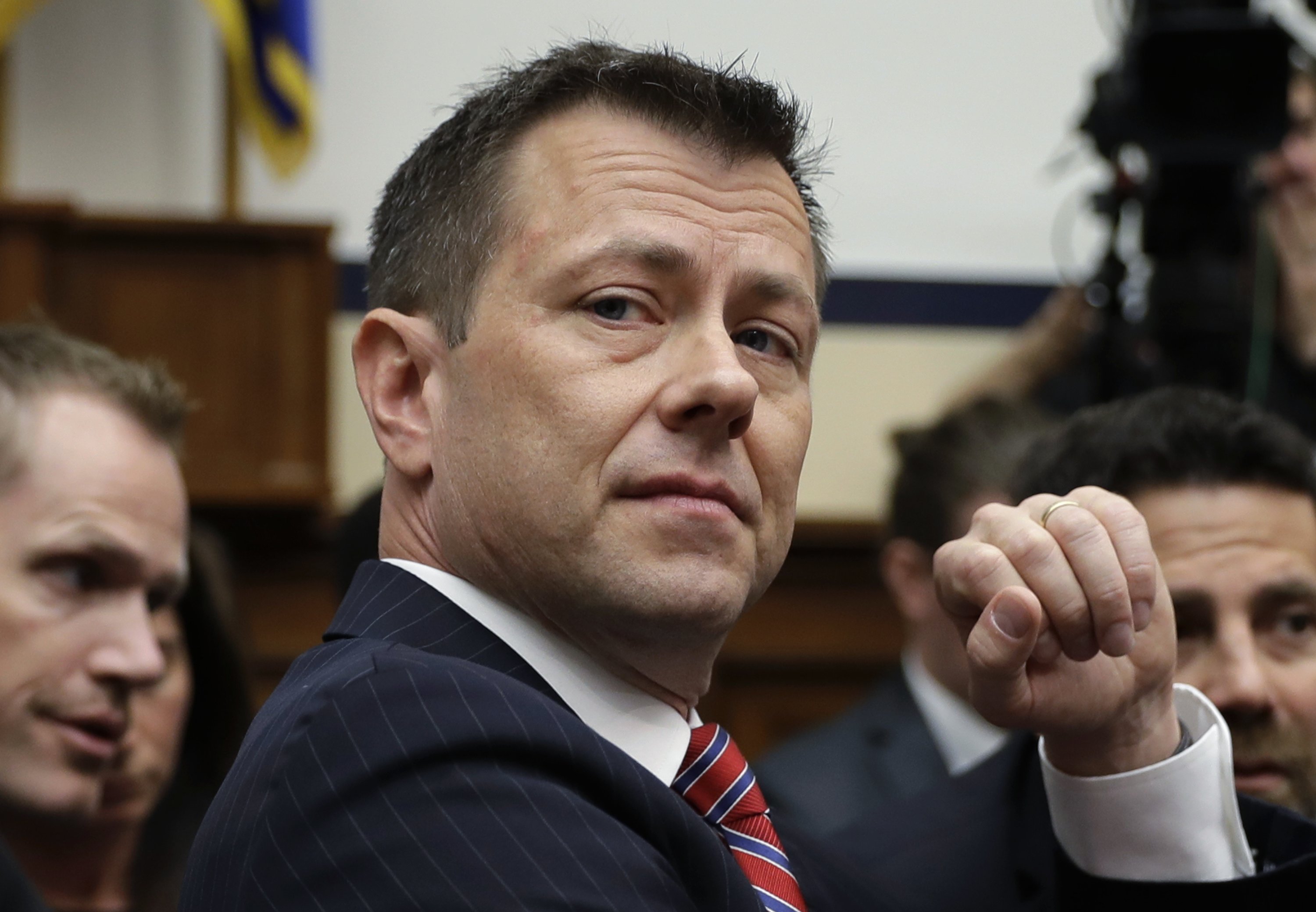 Former agent Peter Strzok was removed from Mueller’s team a year ago after the text messages were first discovered, and the FBI had been reviewing his employment. Strzok’s lawyer said he was fired late Friday by FBI Deputy Director David Bowdich.

The lawyer, Aitan Goelman, criticized the firing in a statement Monday, saying he was removed because of political pressure and “to punish Special Agent Strzok for political speech protected by the First Amendment.” He said the firing “should be deeply troubling to all Americans.”

Goelman said that the FBI had overruled the FBI’s Office of Professional Responsibility, which he said had determined that a 60-day suspension and demotion from supervisory duties was “the appropriate punishment.”

Strzok vigorously defended himself at a combative House hearing in July, speaking publicly for the first time since the texts were revealed. He insisted that the texts — including ones in which he called Trump a “disaster” and said “We’ll stop” a Trump candidacy — did not reflect political bias and had not affected his investigations.

Strzok was also a lead investigator on the probe into Democrat Hillary Clinton’s email sever in 2016.

Republicans were livid at the hearing, which several times devolved into a partisan shouting match. Democrats accused Republicans of trying to divert attention from Mueller’s investigation and Trump’s ties to Russia by excessively focusing on Strzok.

Trump has repeatedly taken aim at Strzok on Twitter, saying his critical text messages showed that Mueller’s investigation is a hoax.