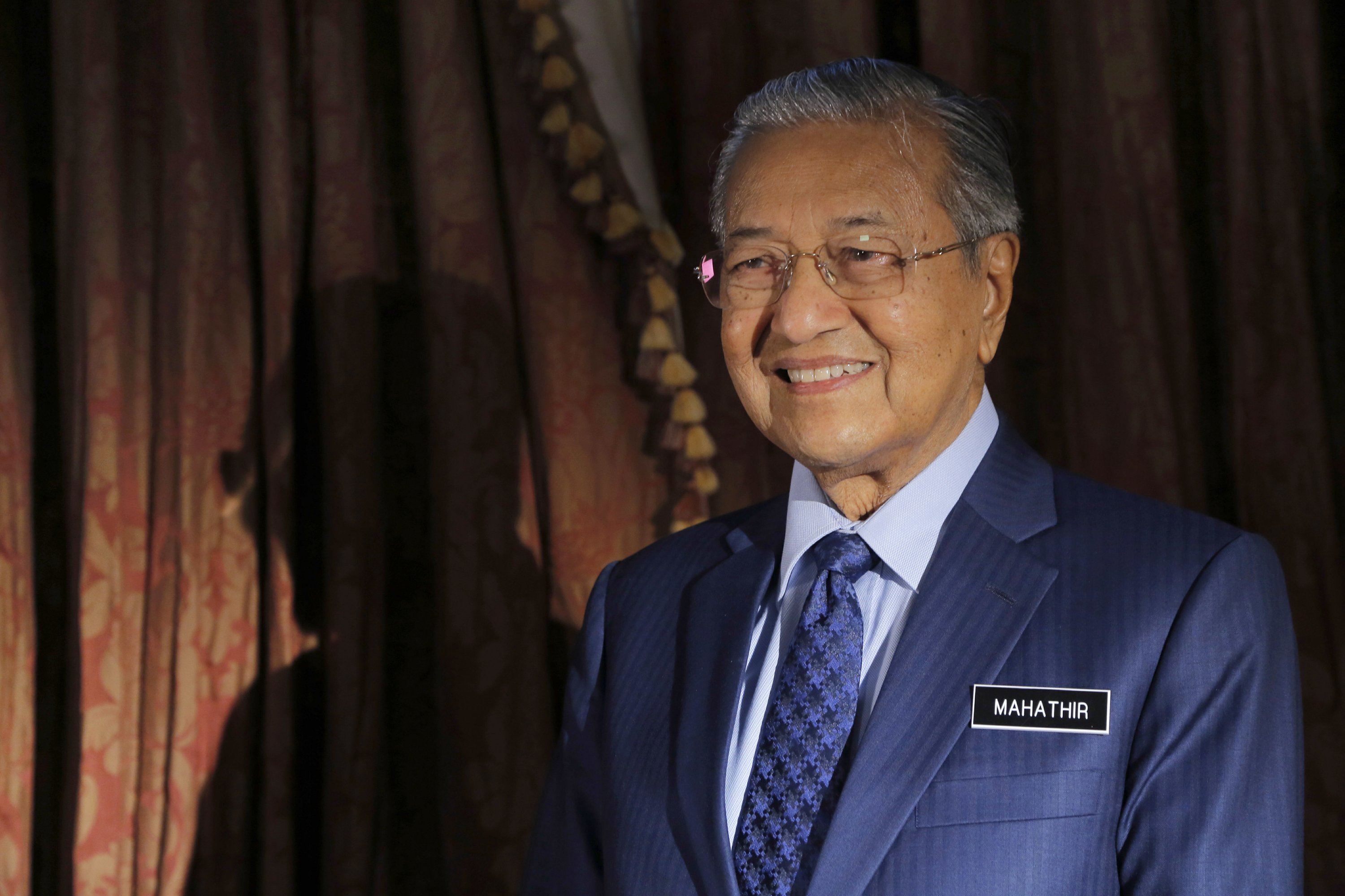 PUTRAJAYA, Malaysia — Malaysia’s prime minister said Monday he will seek to cancel multibillion-dollar Chinese-backed infrastructure projects that were signed by his predecessor as his government works to dig itself out of debt, and he blasted Myanmar’s treatment of Rohingya Muslims as “grossly unjust.”

Prime Minister Mahathir Mohamad made the comments during a wide-ranging interview with The Associated Press days before the 93-year-old leader heads to Beijing for his first visit there since returning to power in an electoral upset three months ago.

Mahathir said he wants to maintain good relations with China and welcomes its investment, so long as the projects benefit Malaysia.

But he took his toughest stance yet on Chinese-backed energy pipelines and a rail project along peninsular Malaysia’s eastern coast that were struck by his predecessor, Najib Razak, who faces trial on multiple charges related to the alleged multibillion-dollar looting of the 1MDB state investment fund.

“We don’t think we need those two projects. We don’t think they are viable. So if we can, we would like to just drop the projects,” he said from his office in the administrative center of Putrajaya.

During his time in office, Najib drew Malaysia closer to China, which sees the multiethnic Southeast Asian country as a key part of its ambitious One Belt, One Road global trade initiative. The former prime minister reached deals for the 688-kilometer (430-mile) East Coast Rail Link and the two gas pipelines in 2016.

Malaysia’s new government has already suspended work on the projects, being built by Chinese state-backed companies, and called for drastic cuts in their ballooning cost, which it estimates at more than $22 billion. Some of that money has already been paid and could be difficult to recoup.

If scrapping the projects altogether isn’t doable, Malaysia will need to at least put them on hold until the future, “where perhaps the need will arise,” Mahathir said.

Mahathir also urged China to respect the free movement of ships throughout the South China Sea, where China and multiple Southeast Asian nations including Malaysia have competing claims on islands and reefs — along with the rich fishing grounds and potential fossil fuel deposits around them.

China claims much of the sea as its own and has built up several man-made islands equipped them with runways, hangers, radar and missile stations to bolster its claim. It has accused the U.S., which routinely deploys aircraft carriers, other warships and aircraft to the sea, of meddling in a purely Asian dispute. Chinese ships also patrol the sea.

Mahathir cautioned against further militarizing the disputed body of water by reiterating his call for warships to not be permanently stationed there.

“We are all for ships, even warships, passing through, but not stationed here,” he said. “It is a warning to everyone. Don’t create tension unnecessarily.”

Mahathir was scathing in his criticism of Myanmar, a country whose inclusion into the Association of Southeast Asian Nations he had pushed for in 1997 despite concerns over human rights abuses and protests by the U.S.

“It is grossly unjust to do what they have done, killing people, mass murder, that’s not the way civilized nations behave,” he said.

The previous government of predominantly Muslim Malaysia strongly supported the Rohingya, a persecuted minority in Myanmar who have fled by the hundreds of thousands to neighboring Bangladesh after a crackdown last year that some have called ethnic cleansing. Malaysia’s government has said the displacement of Rohingya is no longer a domestic issue for Myanmar, in a rare departure from ASEAN’s non-interference policy in each other’s affairs.

Mahathir added that he was “very disappointed” in Myanmar leader Aung San Suu Kyi’s failure to halt the oppression.

“Obviously she appears to be with the government of the day on how they treat the Rohingyas. It’s a question of justice and human rights. You can’t do that,” he said.

He stopped short of committing Malaysia to taking in more Rohingya refugees, saying Malaysia already has “far too many” legal and undocumented foreigners in the country.