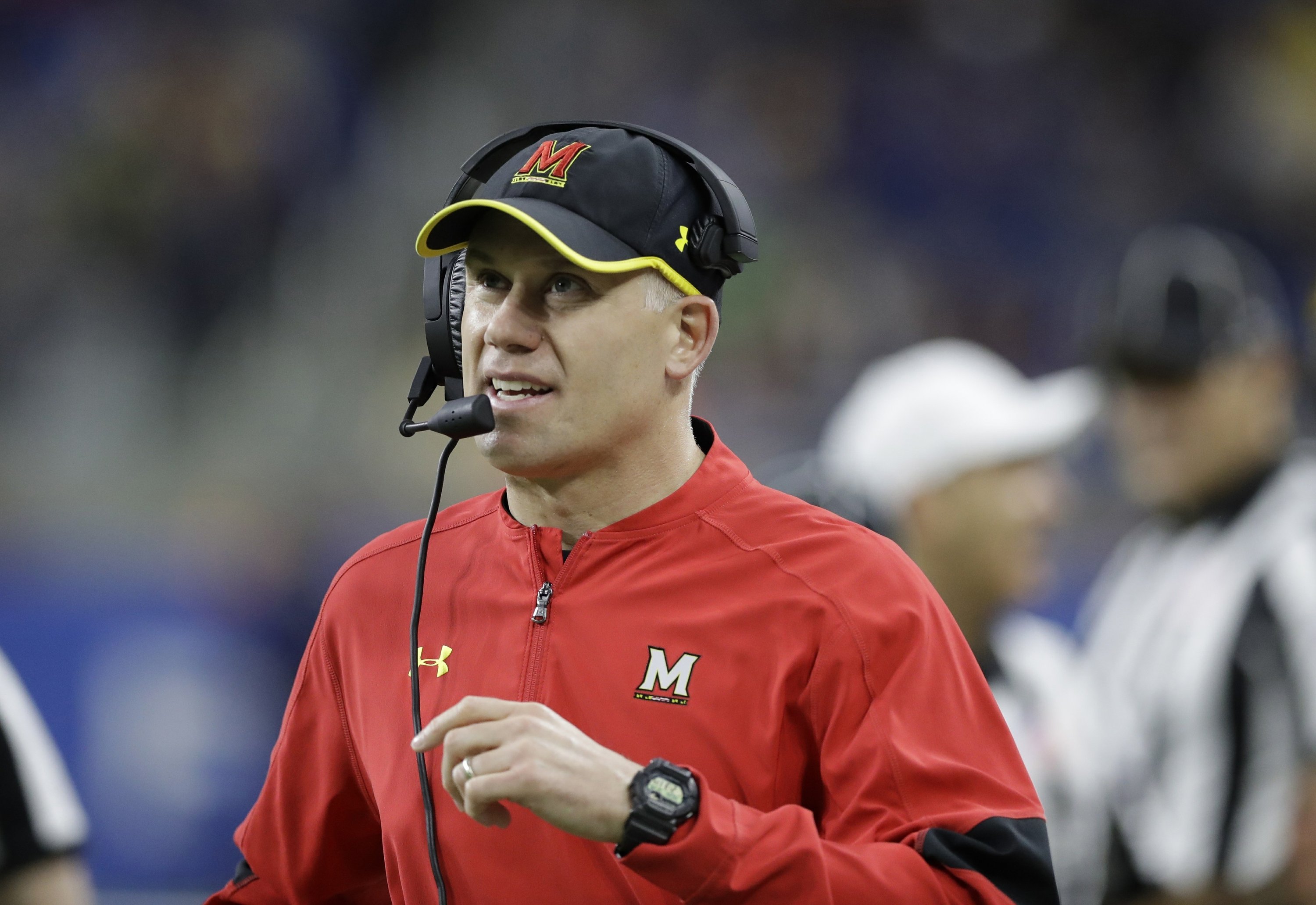 The Latest on the University of Maryland investigating allegations of coaches bullying players (all times local Saturday, Aug. 11, 2018):

Maryland athletic director Damon Evans says coach DJ Durkin is being placed on leave while the school reviews allegations of “unacceptable behavior by members of our football staff.”

Earlier Saturday, a person who had been briefed on the situation told The Associated Press on condition of anonymity that Court had been placed on leave by the school.

The school already is investigating the death of 19-year-old offensive lineman Jordan McNair, who was hospitalized after a team workout on May 29 and died on June 13.

A candidate for Maryland governor is calling for the suspensions of Terrapins football coach DJ Durkin and athletic director Damon Evans until an investigation into a player’s death is finished.

Ben Jealous called for the suspensions Saturday, after an announcement Friday night that members of the University of Maryland’s athletic staff have been placed on administrative leave pending the review of the player’s death. That came after an ESPN story, citing unidentified players, former players and former members of Durkin’s staff, described a program rife with verbal abuse and humiliation of players.

Jealous, a Democrat and former NAACP head, says Durkin and Evans “are ultimately responsible for ensuring the safety of our student- athletes.”

Jordan McNair was hospitalized on May 29 after an organized team workout. He died June 13.

Mississippi State quarterback Nick Fitzgerald is supportive of Rick Court, the Maryland strength and conditioning coach who is facing allegations of verbally abusing and humiliating players.

Fitzgerald’s first two seasons with the Bulldogs coincided with the two years Court was leading the strength and conditioning program for then-Mississippi State coach Dan Mullen. Fitzgerald told The Associated Press that Court, who was placed on paid leave Saturday by Maryland, worked players hard but was not a bully.

“They were definitely tough workouts, but ultimately he wasn’t out to get anybody,” Fitzgerald said. “He wasn’t out to hurt anyone. His job is to make us physically fit and ready for the season and that’s exactly what he did. From what I remember, he never really went over the line or did anything crazy like that.”

A person who has been briefed on the situation says Maryland has placed strength and conditioning coach Rick Court on paid leave while the school investigates claims he verbally abused and humiliated players.

The person spoke to The Associated Press on condition of anonymity Saturday because Maryland had not announced the personnel decision. The person says athletic director Damon Evans spoke with the football team Saturday morning and head coach DJ Durkin’s status was unchanged.

Maryland has also placed two athletic training staffers on leave as the school investigates the death of offensive lineman Jordan McNair. The 19-year-old McNair was hospitalized on May 29 after an organized team workout and died June 13.