New US sanctions could pitch Russia relations to new low 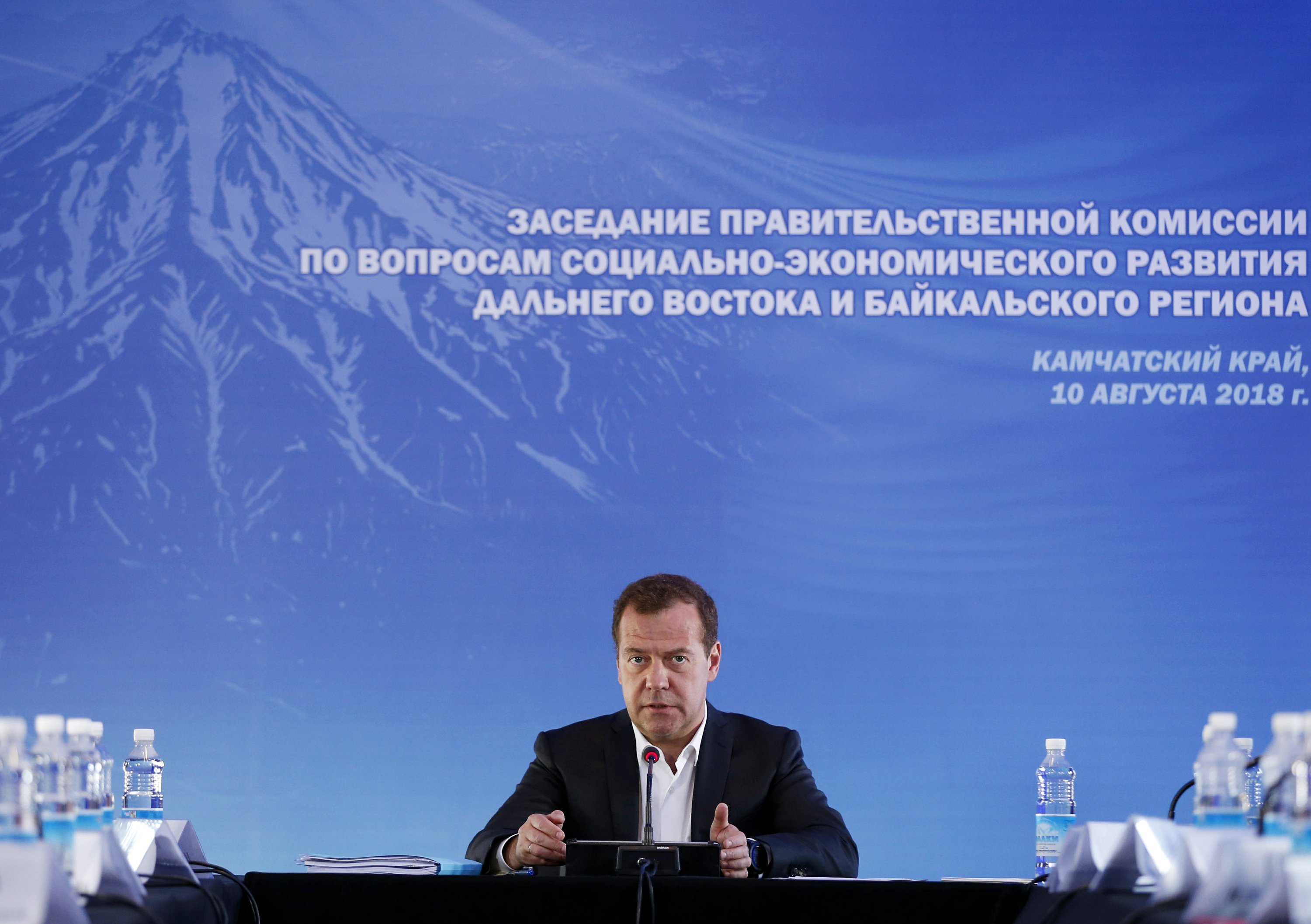 The Trump administration announcement of export restrictions in response to accusations Moscow used a nerve agent to poison a former Russian spy in Britain sent the ruble tumbling to a two-year low and drew a stern warning from its prime minister. While the initial sanctions may have a limited impact, a second batch expected within months could hit the Russian economy much harder and send already tense relations into a tailspin.

If sanctions are expanded even further to target Russia’s top state-controlled banks, freezing their dollar transactions — as proposed under legislation introduced in the Senate this month — it would amount to a “declaration of economic war,” Russian Prime Minister Dmitry Medvedev said Friday.

So much for President Donald Trump’s hopes for better relations with Moscow.

On his watch, the U.S. has imposed a slew of sanctions on Russia for human rights abuses, meddling in the U.S. election and Russian military aggression in Ukraine and Syria.

But for the most part, those measures have punished Russian officials and associates of President Vladimir Putin rather than targeting broad economic sectors. More biting restrictions have been imposed by the European Union, which conducts more trade and business with Russia than the U.S. does.

The sanctions announced by the Trump administration this past week could start to change that equation. The restrictions were triggered under U.S. law on chemical weapons following a formal U.S. determination that Russia used the Novichok nerve agent to poison former Russian spy Sergei Skripal and his daughter in the English city of Salisbury in March.

The first tranche, due to take effect Aug. 22, will deny export licenses to Russia for the purchase of many items with national security implications. Existing sanctions already prohibit the export of most military and security-related items, but now the ban will be extended to goods such as gas turbine engines, electronics and calibration equipment that were previously allowed on a case-by-case basis. The State Department said it could potentially affect hundreds of millions of dollars in trade.

“It’s a significant step, but not an overwhelming one,” said Daniel Fried, a veteran State Department official who served as chief U.S. coordinator for sanctions policy until he retired last year.

The penny could drop, though, in three months’ time.

Russia has 90 days to “provide assurances” that it will not use chemical weapons in the future and allow inspections. If Russia does not comply, Trump will be obligated to impose a second set of sanctions, applying restrictions on at least three from a menu of options: opposing multilateral bank assistance to Russia, broad restrictions on exports and imports, downgrading diplomatic relations, prohibiting air carrier landing rights and barring U.S. banks from making loans to the Russian government. That could do significantly more economic harm and have a lasting, destabilizing effect on the currency and stock markets.

Senior Russian lawmaker Vyacheslav Nikonov said a second set of sanctions may be inevitable and predicted it would pitch relations to new low. The relationship is already routinely described as at its worst since the Cold War.

“They are demanding that Russia (accepts) an obligation to refrain from any further use of chemical and bacteriological weapons, which amounts to our acknowledgement that we have used it. But we haven’t,” he said.

Things could get even worse if the Defending American Security from Kremlin Aggression Act, which a bipartisan group of senators introduced Aug. 2, makes its way through Congress. It would target Russia’s state-controlled banks and freeze their operations in dollars, which would deal a heavy blow to the Russian economy. The prospects for the legislation becoming law remain uncertain.

Medvedev warned the U.S. that such a move would cross a red line and would warrant a Russian response by economic, political or “other means” he did not specify. His tough tone was a departure from past nonchalance from Putin and his lieutenants over the impact of Western sanctions on the Russian economy.

Vladimir Vasilyev, a researcher with the Institute of the U.S. and Canada, a government-funded Moscow think tank, said U.S.-Russian ties were now approaching “the point of no return with no prospect for improvement” in sight.

Fried said that in addition to uncertainty over sanctions, Moscow’s strong response this time is likely also being fueled by larger inconsistencies in U.S. policy toward Russia. While Trump has hankered for closer ties with Putin, the government he leads has been far less accommodating.

The State Department denied inconsistency in U.S. policy and maintained that sanctions were aimed at encouraging improved behavior from Russia. “We’d like to have a better relationship with the Russian government, recognizing that we have a lot of areas of mutual concern,” spokeswoman Heather Nauert said.

Congress has a less diplomatic view.

Trump has repeatedly come under fire from lawmakers, including from his own Republican Party, for his conciliatory statements on Russia, particularly at his joint press conference with Putin at their summit in Helsinki last month where he appeared to doubt U.S. intelligence conclusions that Russia intervened in the 2016 election.

Rep. Ed Royce, chairman of the House Foreign Affairs Committee, was among lawmakers who welcomed the U.S. sanctions announced this week. “It’s critical that we use every tool at our disposal to confront Putin’s use of chemical weapons, as well as his efforts to undermine our democracy,” the Republican from California said.