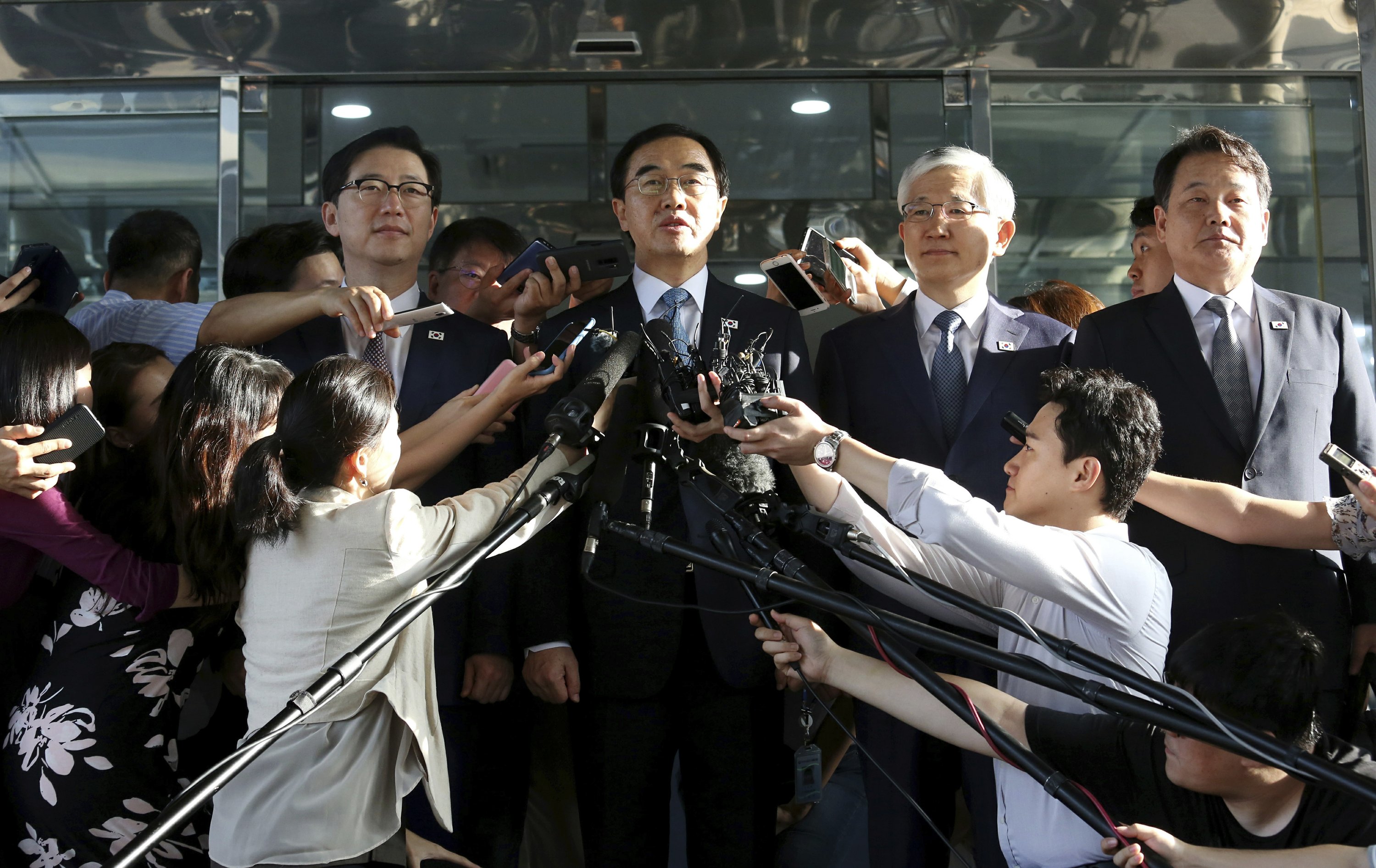 SEOUL, South Korea — Senior officials from the rival Koreas met Monday to set a date and venue for a third summit between South Korean President Moon Jae-in and North Korean leader Kim Jong Un, part of an effort to breathe new life into resolving the nuclear standoff between Washington and Pyongyang.

The two leaders, who first met in April in a highly publicized summit and then again in May for more informal talks, previously agreed to meet again sometime in the fall in Pyongyang but released no concrete details.

The meeting Monday at a North Korea-controlled building in the border village of Panmunjom comes amid growing worries about whether North Korea will begin abandoning its nuclear weapons, something officials suggested would happen after Kim’s summit with President Donald Trump in June in Singapore.

North Korea is thought to have a growing arsenal of nuclear bombs and long-range missiles and to be closing in on the ability to reliably target anywhere on the U.S. mainland. A string of weapons tests last year, during which Pyongyang claimed to have completed its nuclear arsenal, had many in Asia worried that Washington and Pyongyang were on the brink of war.

After a peace offering by Kim Jong Un in January, Moon was able to orchestrate his own summits with Kim, which were followed by Kim and Trump’s meeting in June.

“We will listen to the North’s stance on the inter-Korean summit for this fall, which is agreed upon in the Panmunjom declaration, and share our views,” Cho told reporters before heading to the border, referring to the agreement at the April summit.

The meeting between Seoul and Pyongyang comes as experts see slow progress on efforts to disarm North Korea since the Singapore summit.

Pyongyang urged Washington to reciprocate its goodwill gestures, which include suspending missile and nuclear tests and returning the remains of Americans who fought in the Korean War. Washington, which cancelled an annual joint military exercise with South Korea that had taken place in August in previous years, has refused to ease sanctions until North Korea finally and fully denuclearizes.