Taliban cling to pockets of Afghan city after assault 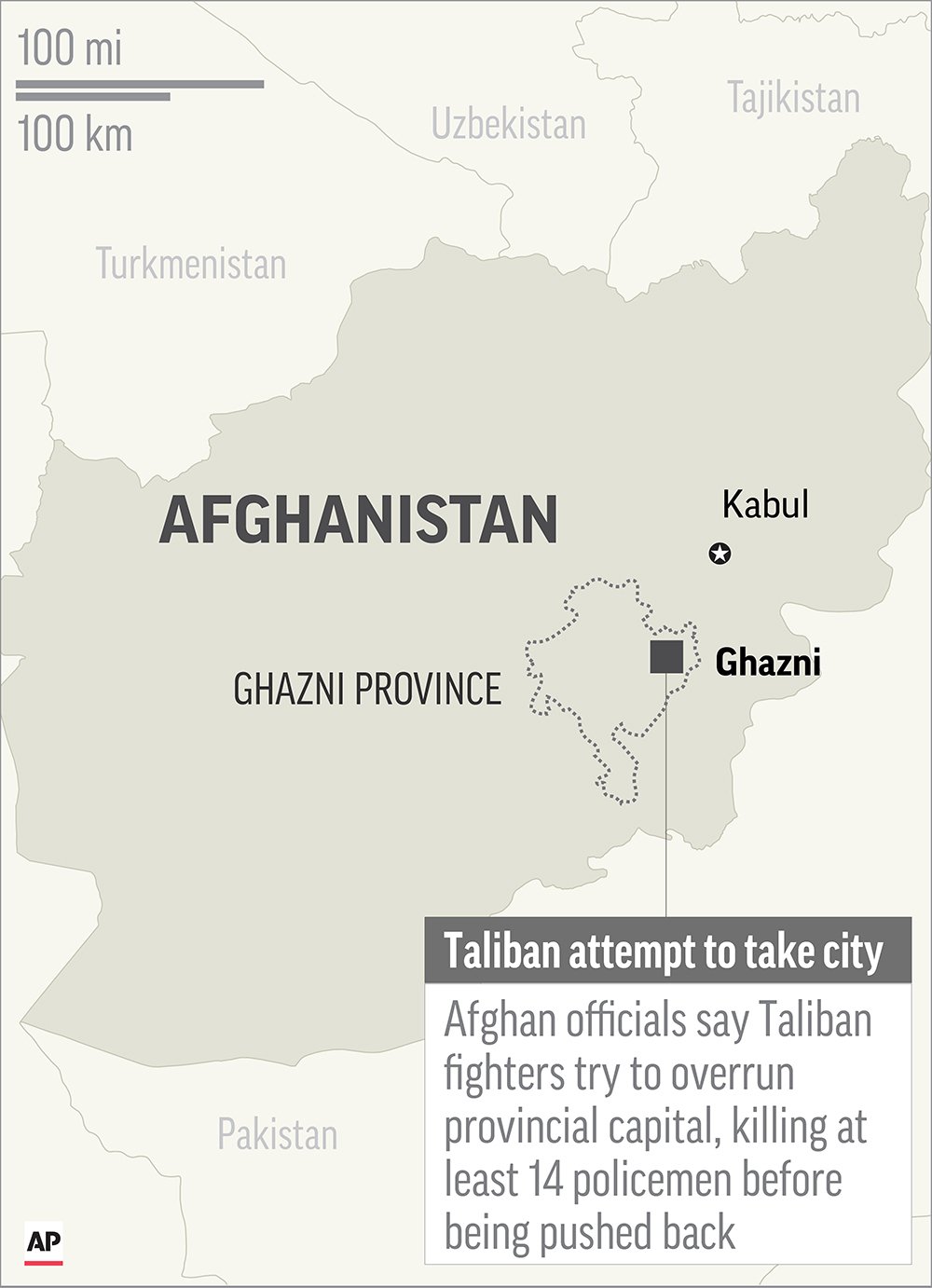 KABUL, Afghanistan — Afghan forces were still battling the Taliban in parts of Ghazni on Saturday, a day after the insurgents launched a multi-pronged assault on the eastern city.

He said that although the fighting was still underway, “the situation is under control and there isn’t any serious threat.”

“Any threat which could cause the fall of the city has been eliminated,” he added.

The Taliban claim to have seized parts of the city and to have killed local officials. In a media statement, the group said it had seized dozens of armored vehicles as well as light and heavy weapons and ammunition. They said they “liberated” the central prison in Ghazni and freed all Taliban prisoners.

It was not possible to verify the claims because the Taliban destroyed a nearby communications tower, cutting off cellphone and landline access to the city. The insurgents also set fire to the local TV headquarters, making it difficult to broadcast images from Ghazni.

The city of about 140,000 people was in lockdown for the second day as residents stayed indoors and reported sporadic gunfire. The highway from Kabul to Afghanistan’s southern provinces, which runs through Ghazni, is still closed.

Ghazni is a gateway city linking the heavily Taliban-influenced south and east of Afghanistan to Kabul and is one of the last vestiges of government control in the province of the same name. The Taliban holds sway in most of the province where ethnic Pashtuns live, while the government’s influence is limited to Ghazni and small pockets dominated by ethnic Hazaras.

Seven soldiers were killed and two other troops were taken alive by the insurgents, according to a provincial official from Baghlan governor’s office who was not authorized to speak with media about casualties.

“Taliban were not able to overrun the checkpoints and were defeated by the (security) forces,” said Serih.

The Taliban have stepped up attacks across the country since NATO and the United States formally ended their combat mission in 2014. U.S. and NATO forces remain in Afghanistan mainly in a supporting and training role in the 17-year-old war.