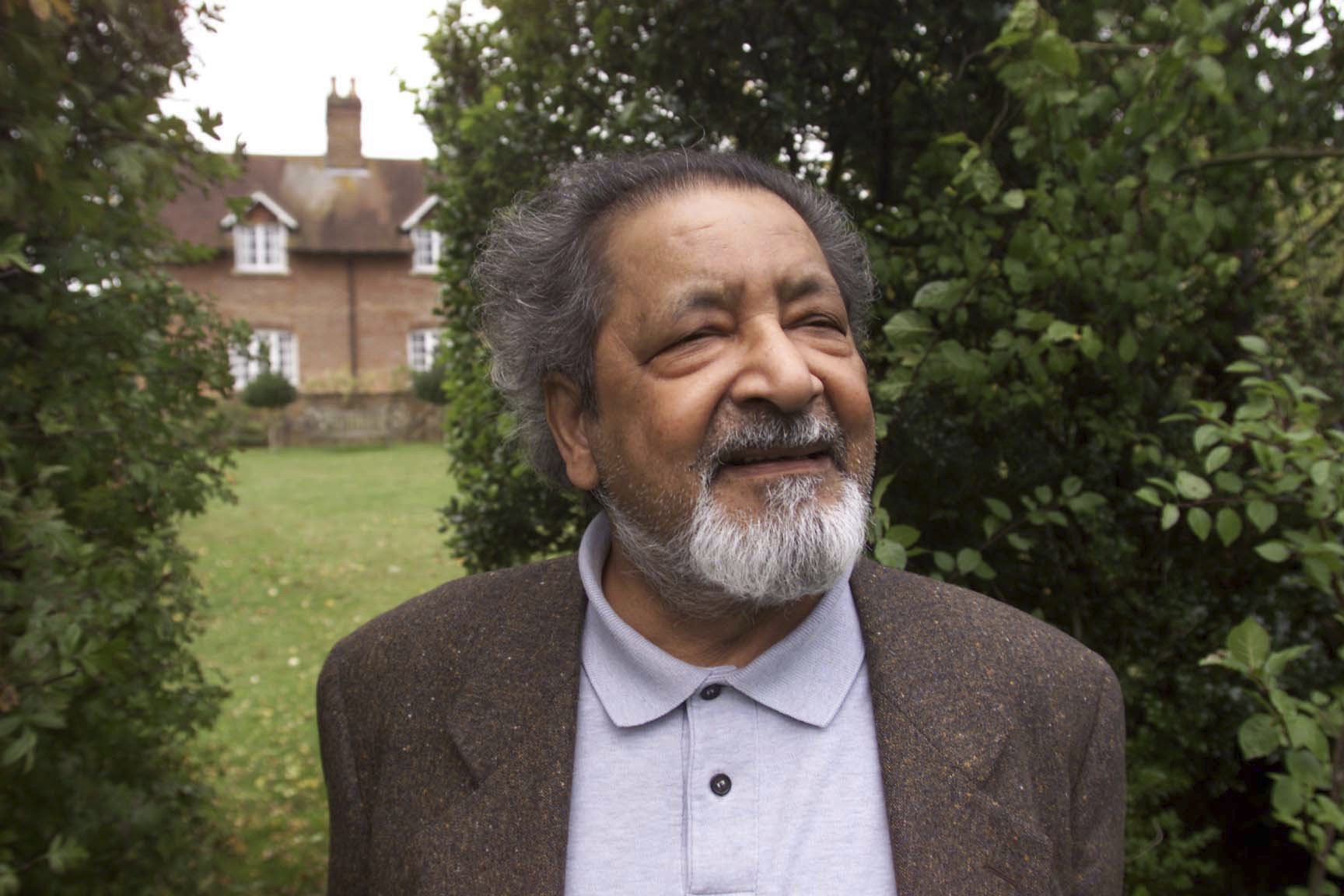 LONDON — V.S. Naipaul, the Trinidad-born Nobel laureate whose precise and lyrical writing in such novels as “A Bend in the River” and “A House for Mr. Biswas” and brittle, misanthropic personality made him one of the world’s most admired and contentious writers, died at his London home, his family said. He was 85.

His wife, Nadira Naipaul, said he was “a giant in all that he achieved and he died surrounded by those he loved having lived a life which was full of wonderful creativity and endeavor.”

His friend and fellow author Paul Theroux said that Naipaul had been in poor health prior to his death on Saturday, but had taken pride in having his work recognized.

“He will go down as one of the greatest writers of our time,” Theroux told The Associated Press during a telephone interview, citing his mastery of writing about families and colonialism. “He also never wrote falsely. He was a scourge of anyone who used a cliché or an un-thought out sentence. He was very scrupulous about his writing, very severe, too.”

Naipaul’s fiction and nonfiction reflected his personal journey from Trinidad to London and various stops in developing countries. He was awarded the Nobel Prize for Literature in 2001 “for having united perceptive narrative and incorruptible scrutiny in works that compel us to see the presence of suppressed histories.” 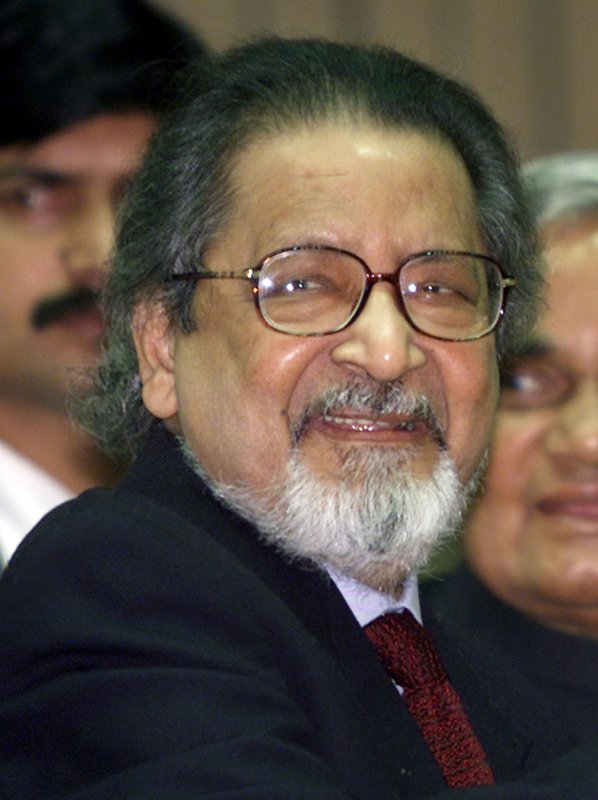 In an extraordinary career spanning half a century, Naipaul traveled as a self-described “barefoot colonial” from his rural childhood to upper class England, and was hailed as one of the greatest writers of the 20th century. From “A Bend in the River” to “The Enigma of Arrival” to “Finding the Centre,” Naipaul’s books explored colonialism and decolonization, exile and the struggles of the everyman in the developing world.

He was critical of colonialism, but set himself apart from any social movements. He saw himself as a realist, cured of illusions, his outlook defined by the famous opening words of “A Bend in the River” that became the title of a biography by Patrick French: “The world is what it is.”

He was equally skeptical of religion and politics, of idealism of any kind, whether revolutionary uprisings or of quests for paradise such as Sir Walter Raleigh’s search for the non-existent El Dorado.

“If you come from the New World, as I in large measure do, you see all the absurd fantasies people have taken there and the troubles they have wrought as a result,” Naipaul told The Associated Press in 2000. “We were not given a proper history of the New World itself. This was not out of wickedness. It was out of ignorance, out of indifference, out of the feelings that the history of this very small island was not important. These aspects one had to learn and writing took me there. One didn’t begin with knowledge. One wrote oneself into knowledge.”

Naipaul prided himself on his candor, but he had a long history of offensive remarks. Among his widely quoted comments: He called India a “slave society,” quipped that Africa has no future, and explained that Indian women wear a colored dot on their foreheads to say “my head is empty.” He laughed off the 1989 fatwa by Iran’s Ayatollah Khomeini against Salman Rushdie as “an extreme form of literary criticism.”

The critic Terry Eagleton once said of Naipaul: “Great art, dreadful politics.” Caribbean Nobel Laureate Derek Walcott complained that the author’s prose was tainted by his “repulsion towards Negroes.” C. L. R. James, a fellow Trinidadian writer, put it differently: Naipaul’s views, he wrote, simply reflected “what the whites want to say but dare not.”

Vidiadhar Surajprasad Naipaul — Vidia to those who knew him — was born on Aug. 17, 1932 in Trinidad, a descendant of impoverished Indians shipped to the West Indies as bonded laborers. 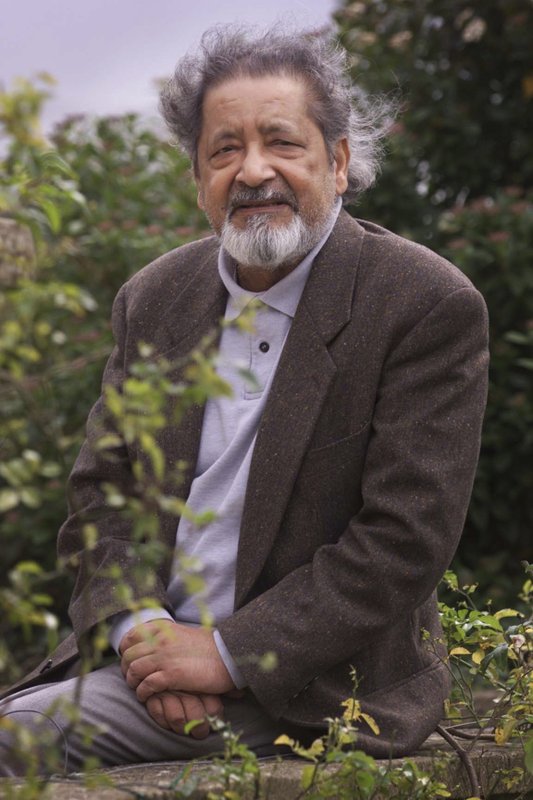 His father was an aspiring, self-taught novelist whose ambitions were killed by lack of opportunity; the son was determined to leave his homeland as soon as he could. In later years, he would repeatedly reject his birthplace as little more than a plantation.

“I was born there, yes,” he said of Trinidad to an interviewer in 1983. “I thought it was a great mistake.”

In 1950, Naipaul was awarded one of a few available government scholarships to study in England, and he left his family to begin his studies in English literature at University College, Oxford.

There he met his first wife, Patricia Hale, whom he married in 1955 without telling his family.

After graduation, Naipaul suffered a period of poverty and unemployment: he was asthmatic, starving and depending on his wife for income. Despite his Oxford education, he found himself surrounded by a hostile, xenophobic London.

“These people want to break my spirit … They want me to know my place,” he wrote bitterly to his wife.

Naipaul eventually landed a radio job working for BBC World Service, where he discussed West Indian literature and found his footing as a writer. His breakthrough came in 1957 with his first published novel “The Mystic Masseur,” a humorous book about the lives of powerless people in a Trinidad ghetto.

Naipaul caught the eye of book reviewers, and in 1959 he won the Somerset Maugham Award with the story collection “Miguel Street.” In 1961, Naipaul published the celebrated “A House for Mr. Biswas.” That novel, about how one man’s life was restricted by the limits of colonial society, was a tribute to Naipaul’s father.

“If he had been born in another culture, not a colonial agricultural society, his talent would have given him a reasonable chance somewhere and he would have flourished,” Naipaul told the AP in 2000. “Part of his pathos was that he was born in the wrong place.”

In the years that followed, Naipaul was to travel for extensive periods to pen journalistic essays and travel books. He flew three times to India, his ancestral home, to write about its culture and politics. He spent time in Buenos Aires, Argentina to write about its former First Lady Eva Peron, and went to Iran, Pakistan and Indonesia for books about Islam.

Years before the Sept. 11, 2001 attacks, Naipaul devoted attention to Islamic radicalism in books including “Among the Believers” and “Beyond Belief.” 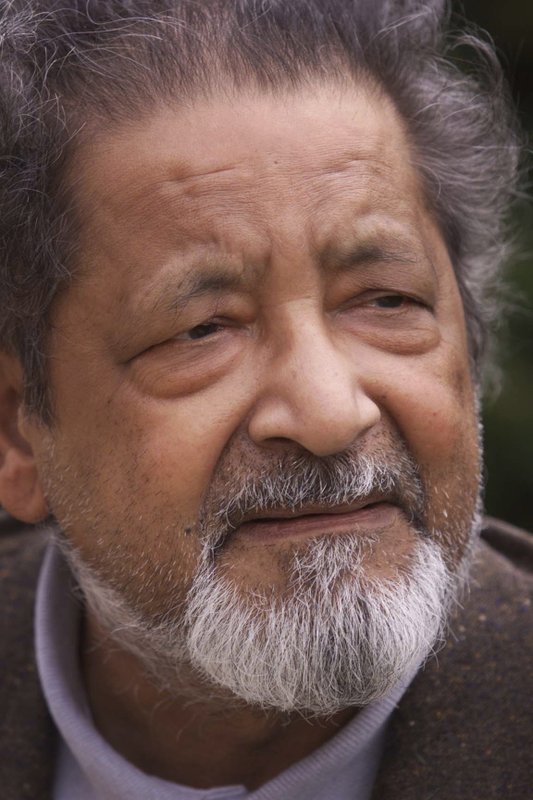 In its Nobel citation, the Swedish Academy called him “a literary circumnavigator, only ever really at home in himself.”

Naipaul’s nonfiction often provoked much anger, and many were offended by his views about Islam and India — Rushdie, for example, thought Naipaul was promoting Hindu nationalism.

Rushdie tweeted late Saturday night: “We disagreed all our lives, about politics, about literature, and I feel as sad as if I just lost a beloved older brother. RIP Vidia.”

Naipaul also continued to publish award-winning novels. “The Mimic Men” won the W.H. Smith Award in 1967, and in 1971 “In a Free State,” a meditation on colonialism in Africa, was awarded the Booker Prize.

Africa also provided the setting for his 1979 novel “A Bend in the River.” His life of travel and transitions was reflected in the 1987 novel “The Enigma of Arrival,” which some considered his masterpiece.

Naipaul received a knighthood in 1990, and in 2001 was awarded the Nobel Prize in Literature.

As his literary stature grew, so did his reputation as a difficult, irascible personality. Naipaul was a private man and did not have many friends, but his personal life entered the public domain when Theroux, whose relationship with Naipaul had soured, published a stinging memoir about Naipaul in 1998.

Naipaul ignored Theroux’s book, but he did authorize a candid biography that confirmed some of Theroux’s claims. The biography, published in 2008, devoted chapters to how Naipaul met and callously treated his mistress, an Anglo-Argentine woman who was married and about a decade younger than he was. It recalled Naipaul’s confession to The New Yorker that he bought sex and was a “great prostitute man,” and recorded Naipaul’s frank and disturbing comments on how that destroyed his wife, Hale, who died of breast cancer in 1996.

“It could be said that I had killed her,” he told biographer Patrick French. “I feel a little bit that way.”

Two months after Hale died, Naipaul married his second wife, Pakistani newspaper columnist Nadira Khannum Alvi. He spent much of his time living quietly in an isolated cottage in Wiltshire, in the English countryside.

Theroux, who later reconciled with Naipaul, had visited with him recently.

“We had some very ups and downs over the years, but there was great satisfaction in reconnecting,” he said. “It took him a long time to make his mark, but when he did, it happened in a big way.”

Jill Lawless in London contributed to this story.