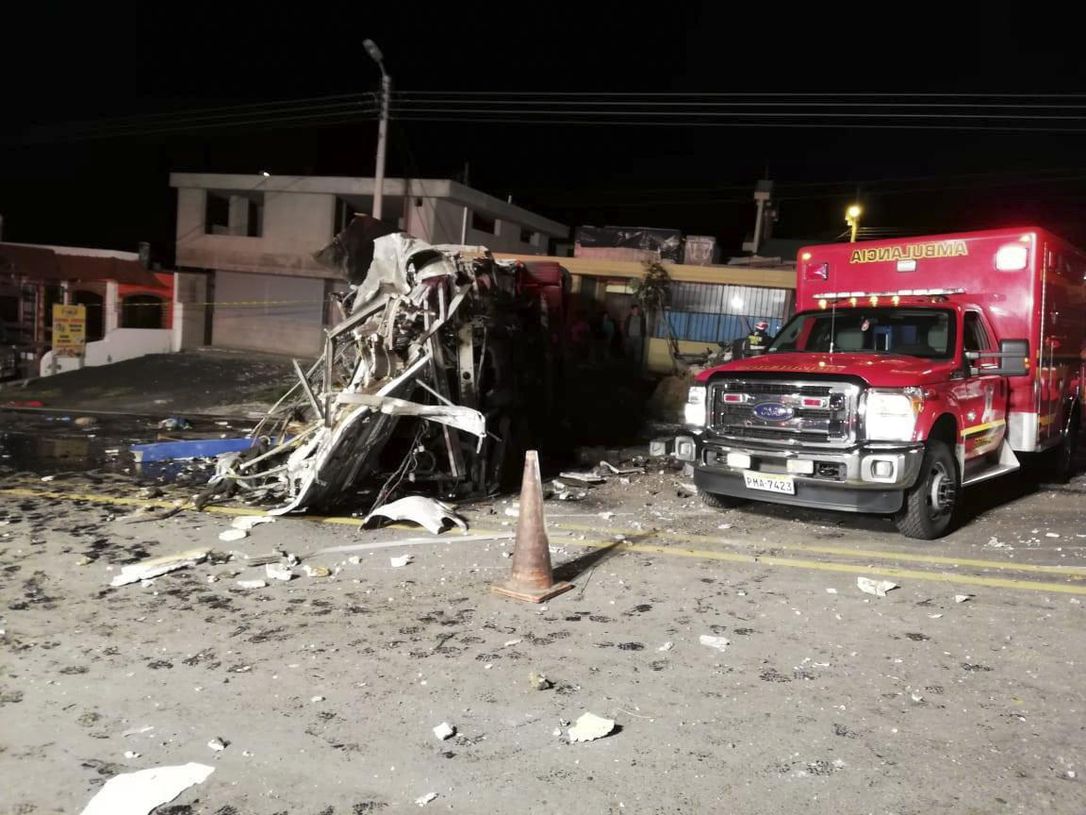 QUITO, Ecuador — At least 24 people were killed and another 19 injured when a bus careened into another vehicle at high speed and overturned on a highway near Ecuador’s capital Tuesday, local officials reported.

The Colombian-registered bus was traveling to Quito and hit a smaller vehicle in an area known as dead man’s curve at about 3 a.m., Ecuadorean authorities said.

A small fleet of ambulances and first responders rushed to the crash site about two hours from Quito before dawn. They found the severely wrecked bus overturned and several homes adjacent to the highway damaged and strewn with metal debris.