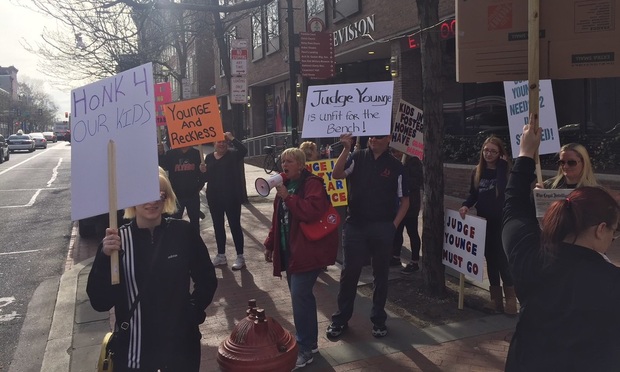 Less than three years after being elected to serve as a civil judge, Lyris F. Younge has been removed as a Family Court judge following complaints from parents whose children were taken away. “About half of her rulings have been reversed or overturned by state appellate judges for violating due process,” Whyy.org reports. Younge will be allowed to remain working as a judge for other civil cases.

Judge Sheila Woods-Skipper, president judge of Philadelphia’s Court of Common Pleas, reassigned Younge in response to multiple complaints of Younge’s conduct and rulings. In particular, attorneys cited her permissiveness when it came to allowing government officials seize children from their parents.

Younge’s attorney, Samuel Stretton, told the Philadelphia Tribune that his client was being unfairly treated and that she was a fair jurist.

Many of the stories of Younge’s abuses came to light thanks to the reporting of P.J. D’Annuzio of the Legal Intelligencer. One example of a questionable ruling was when a parent ran to the bathroom, without asking the judge’s permission, in the middle of a judicial proceeding; Younge removed the parent’s testimony from the record, barred her from reentering the courtroom, and proceeded to place her child in foster care.

The Legal Intelligencer found that prior to being elected, Younge received the lowest level of recommendation (“not recommended”) from the Philadelphia Bar Association. D’Annuzio also found that in her short time on the bench, her rulings were the subject of 77 appeals to higher courts — the most of any Philadelphia judge, and almost as many as the second- and third-highest judges combined.

Younge will be transferred to Philadelphia’s Trial Division, where she will continue to hear cases. A Change.org petition seeks to remove her from office entirely.