Gore: Trump not yet as damaging to environment as he feared 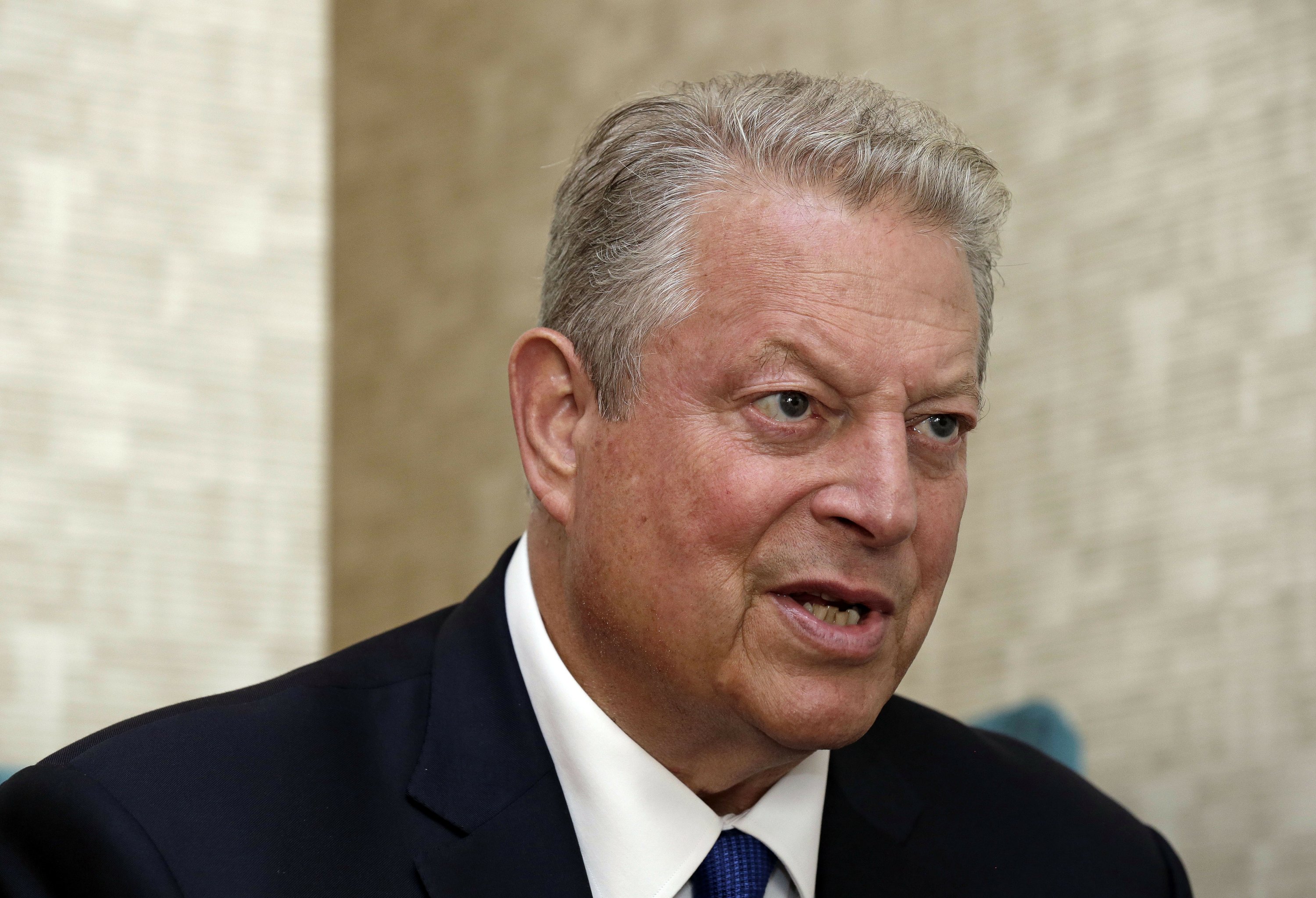 GREENSBORO, N.C. — The Trump administration has made some dangerous changes to environmental policy, but the damage so far has been less than it initially appeared, former Vice President Al Gore said in an interview Monday.

“He (President Trump) has had less of an impact so far than I feared that he would. Someone said last year his administration is a blend of malevolence and incompetence,” Gore said in an interview with The Associated Press in Greensboro. “I think they’ve made some mistakes in some of the moves they’ve made. The courts have blocked some of what they wanted to do as a result.”

Even the Republican-controlled Congress has stepped in at times, he said. “The U.S. system has a lot of inherent resilience,” Gore said. “It’s hard for one person, even the president, to change things very quickly if the majority of American people don’t want them changed.”

Gore was in North Carolina on Sunday and Monday to speak on behalf of the Poor People’s Campaign, which names “ecological devastation” as one of the problems hurting poor people. Gore shared the Nobel Peace Prize in 2007 for his campaign to protect the environment. He authored a 1992 book on the climate, “Earth in the Balance,” just before he became vice president. His work also includes the 2006 documentary “An Inconvenient Truth.” More recently he founded The Climate Reality Project .

Historians say a 1982 campaign against a PCB landfill in North Carolina’s majority-black Warren County helped give birth to the environmental justice movement so it’s especially appropriate that the Poor People’s Campaign has its roots in the state, Gore said. The campaign’s co-chair is the Rev. William Barber, who founded the Moral Monday movement in North Carolina and has served as president of the state NAACP chapter.

Low-income communities typically suffer the brunt of environmental damage because they lack the “economic and political clout necessary to make their case and defend themselves” so they’re more likely to become locations of “these pollution streams and waste sites,” Gore said.

He said current dangers include the loosening of regulations for dumps for coal ash, which contains toxic metals such as lead, mercury and arsenic. The new acting secretary of the Environmental Protection Agency, Andrew Wheeler, was quick to ease rules for handling the toxic ash from more than 400 U.S. coal-fired power plants. Coal ash is a particular issue in North Carolina, where a major leak from a Duke Energy site in 2014 left coal ash coating 70 miles (110 kilometers) of the Dan River on the North Carolina-Virginia border.

“And there are hundreds of other environmental procedures and regulations that Trump’s group has begun to undo,” Gore said. “So he’s doing some damage, but overall I would say less than i had feared.”

Gore cited the Paris Climate Accord as one example of the Trump administration failing to change environmental rules as quickly as it might want. While the United States withdrew from the accord, he says the first date that can become official is the day after the 2020 presidential election.

“If there’s a new president — excuse me for a moment,” Gore said as he placed in hands together as if in prayer, “then a new president could simply give 30 days’ notice, and we’re right back in the Paris agreement.”