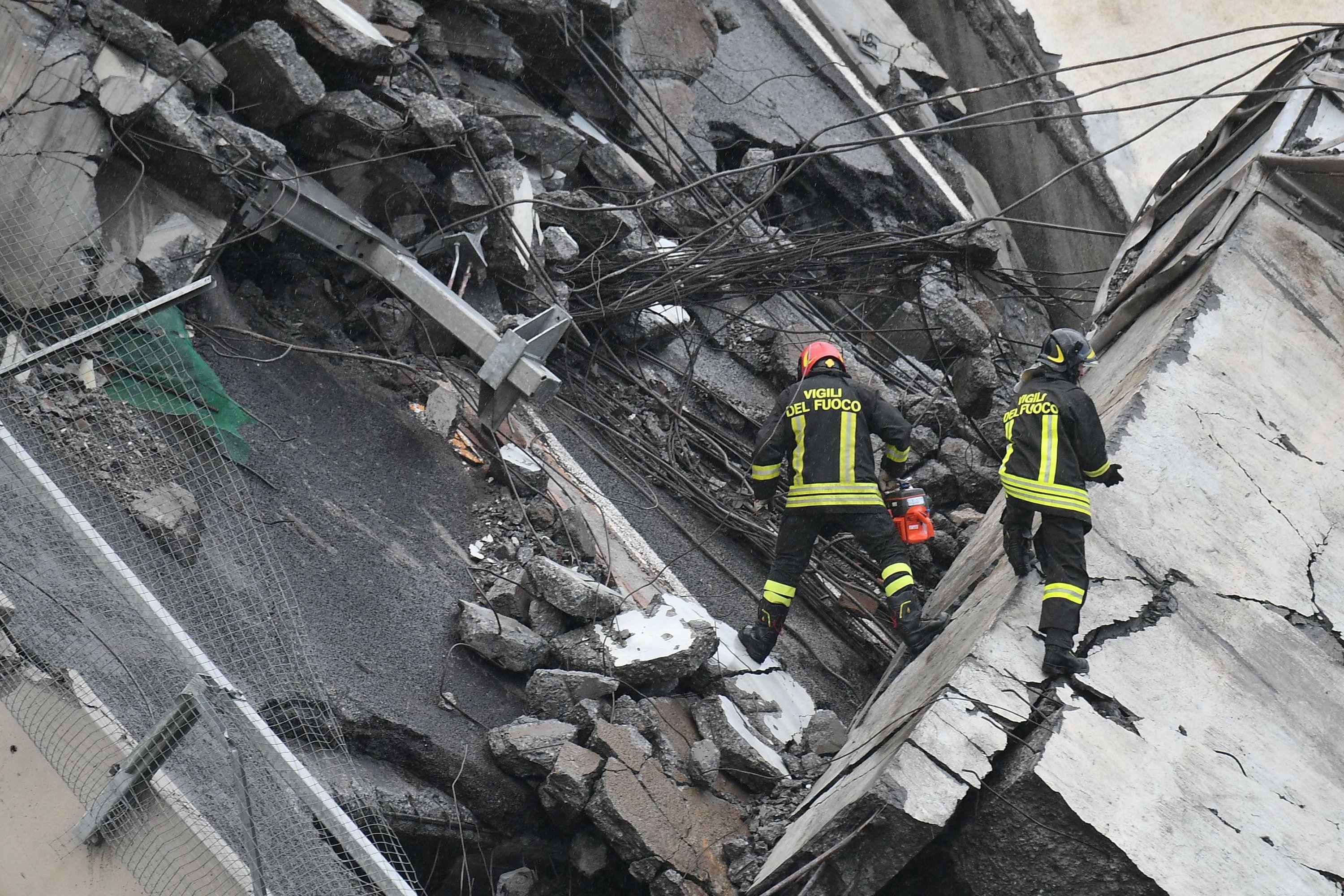 MILAN — A bridge on a main highway between Italy and France collapsed Tuesday in the Italian city of Genoa during a sudden, violent storm, sending vehicles plunging 80 meters (262 feet) into a heap of rubble below.

Amalia Tedeschi, a firefighter, told RAI state TV that some 20 vehicles had been involved in the collapse. She said two people had been pulled alive from vehicles in the rubble that fell into an industrial area below the bridge and were being transported by helicopter to a hospital.

Italian media reported deaths in the tragedy, but Maria Luisa Catalano, a police official in Genoa, said authorities were focused on rescue efforts and did not yet know the number of victims or injured.

The private broadcaster Sky TG24 said a 200-meter (over 650-foot) section of the Morandi Bridge collapsed over an industrial zone. Firefighters told The Associated Press they were worried about gas lines exploding in the area from the collapse.

Photos published by ANSA on its website showed a huge gulf between two sections of the bridge.

Video captured the sound of a man screaming: “Oh God! Oh, God!” Other images showed a green truck that had stopped just short of the gaping hole in the bridge. The tires of a tractor trailor could be seen in the rubble.

Interior Minister Matteo Salvini said some 200 firefighters were responding to the accident.

“We are following minute by minute the situation of the bridge collapse in Genoa,” Salvini said on Twitter.

The disaster occurred on a highway that connects Italy to France and other vacation resorts on the eve of a major Italian holiday on Wednesday, Ferragosto. Traffic would have been heavier than usual as many Italians traveled to beaches or mountains.

The Morandi Bridge is a main thoroughfare connecting the A10 highway that goes toward France and the A7 highway that continues north toward Milan. Inaugurated in 1967, it is 90 meters (295 feet) high, just over a kilometer (.6 miles) long, with the longest section between supports measuring 200 meters (over 650 feet).

ANSA said authorities suspected that a structural weakness caused the collapse on Tuesday.