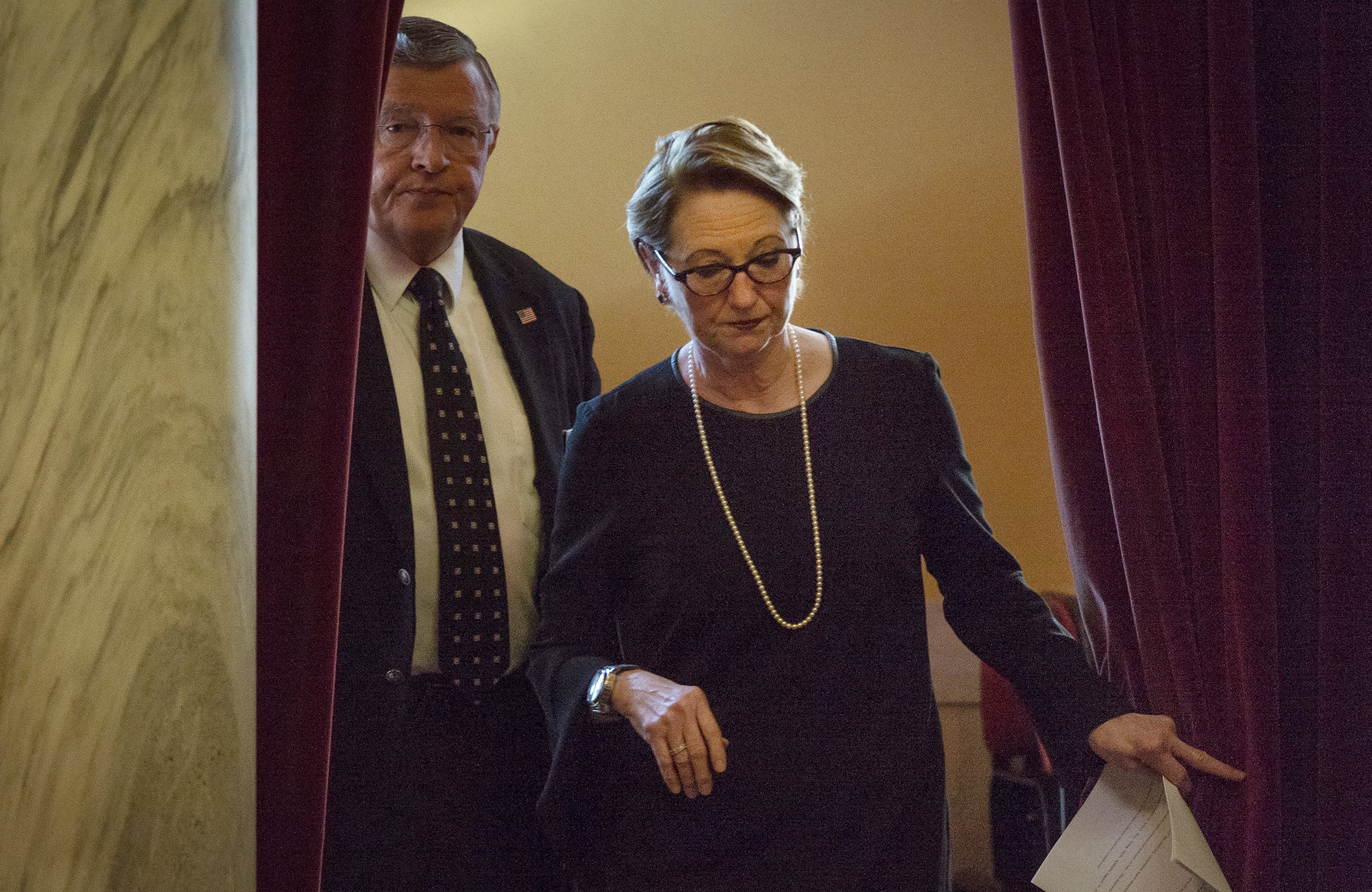 A scandal involving lavish office renovations and other financial abuses by the highest court in one of the poorest states in America has triggered an extraordinary move by one branch of government to essentially fire another.

The West Virginia House of Delegates on Monday impeached four justices of the state Supreme Court on charges of extravagant spending and other misconduct, setting the stage for a Senate trial that could lead to their removal.

One of those justices retired on Tuesday, averting the prospect of sitting through a proceeding that is sure to explore the justices’ fancy tastes in embarrassing detail. And the court’s fifth member retired under pressure last month.

Some Democrats have decried the impeachment drive against the elected justices as a power grab by the Republican-controlled House and Senate, strategically timed to allow GOP Gov. Jim Justice to name their temporary replacements.

Republican Delegate John Shott, who oversaw the House Judiciary Committee hearings that drew up the articles of impeachment, said the court’s spending of more than $3 million in office renovations earlier this decade came at a time when the state was struggling so hard it made tens of millions of dollars in budget cuts.

Justice Robin Davis, who has identified herself as a Democrat even though justices are elected in nonpartisan races, spent $500,000 in upgrades to her office alone — the kind of money it would take most West Virginians a decade or more to earn.

“Like the vast majority of you and many West Virginians, I find many of these purchases offensive,” Delegate Chad Lovejoy, a Democrat, said during the House debate. “I find them to be outrageous, and I find them to be out of touch with our citizens.”

According to the U.S. Census Bureau, 17.9 percent of West Virginians live in poverty, the fifth-worst rate in the nation. The state’s median household income is near the bottom at $43,385, or about $14,000 below the national figure.

But some Democratic lawmakers worry that their GOP colleagues might be exploiting the opportunity to take control of a branch of government that is supposed to be chosen by the voters.

Tuesday was an important deadline: Any justice who left or was removed by that date would be replaced by way of a special election in November. After that, any vacancies on the court would be filled by the governor.

Davis announced her retirement Tuesday rather than face a Senate trial. Most of the money spent in her office went for construction costs. There also was $28,000 spent for rugs, $23,000 in design services, an $8,100 desk chair and $1,600 on painting.

He also had the state-owned antique desk moved into his home and drove a state car to book signings. Loughry, who wrote a 2006 book chronicling West Virginia political corruption, was suspended earlier in the year and has pleaded not guilty to 23 charges in a federal corruption indictment.

The Senate trial of Loughry, Chief Justice Margaret Workman and Justice Beth Walker has yet to be scheduled.

The retired fifth justice, Menis Ketchum, has agreed to plead guilty in federal court to a charge related to the personal use of state cars and fuel cards.

Workman announced Tuesday afternoon she won’t resign. “There is no basis for my impeachment,” she said in a statement.

Even if the justices escape conviction in the Senate, lawmakers have questioned whether there is enough confidence in them for the jurists to continue serving.

Under the West Virginia Constitution, the Supreme Court essentially sets and controls its own budget. A proposed amendment on November’s ballot would give the legislature more control.

Shott said the impeachment articles overall accused the justices of a “culture of entitlement.”

Impeachments in state government are rare in the U.S., especially among Supreme Court justices. Pennsylvania Supreme Court Chief Judge Rolf Larsen was removed by impeachment in 1994 for voting on whether to hear cases based on input from an attorney who was also a political supporter. But impeaching an entire slate appears to be unheard of.

“The state of West Virginia has lost confidence in the court — the whole court,” said Republican Delegate Mike Folk. “They think they’re better than everybody in this state that works a blue-collar job.”