Multi-gene test may find risk for heart disease and more 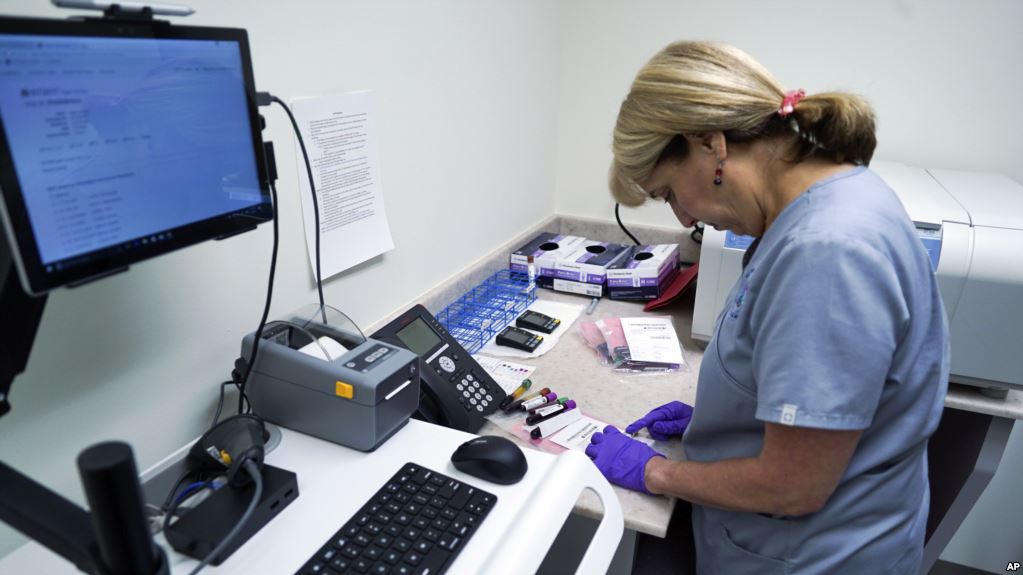 WASHINGTON — You know your cholesterol, your blood pressure … your heart gene score? Researchers say a new way of analyzing genetic test data may one day help identify people at high risk of a youthful heart attack in time to help.

Today, gene testing mostly focuses on rare mutations in one or a few genes, like those that cause cystic fibrosis or sickle cell disease, or the BRCA gene responsible for a small fraction of breast cancer. It is less useful for some of the most common diseases, such as heart disease or diabetes, because they are influenced by vast numbers of genes-gone-wrong working together in complicated ways.

Monday, researchers reported a new way to measure millions of small genetic variations that add up to cause harm, letting them calculate someone’s inherited risk for the most common form of heart disease and four other serious disorders. The potential cardiac impact: They estimated that up to 25 million Americans may have triple the average person’s risk for coronary artery disease even if they haven’t yet developed warning signs like high cholesterol.

“What I foresee is in five years, each person will know this risk number, this ‘polygenic risk score,’ similar to the way each person knows his or her cholesterol,” said Dr. Sekar Kathiresan who led the research team from the Broad Institute, Massachusetts General Hospital and Harvard Medical School.

If the approach pans out and doctors adopt it, a bad score wouldn’t mean you’d get a disease, just that your genetic makeup increases the chance — one more piece of information in deciding care. For example, when the researchers tested the system using a DNA database from Britain, less than 1 percent of people with the lowest risk scores were diagnosed with coronary artery disease, compared to 11 percent of people with the highest risk score.

“There are things you can do to lower the risk,” Kathiresan said — the usual advice about diet, exercise, cholesterol medication and not smoking helps.

On the flip side, a low-risk score “doesn’t give you a free pass,” he added. An unhealthy lifestyle could overwhelm the protection of good genes.

The scoring system also can predict an increased risk of Type 2 diabetes, inflammatory bowel disease, breast cancer and an irregular heartbeat called atrial fibrillation, the team reported in the journal Nature Genetics — noting that next steps include learning what might likewise lower those risks.

It doesn’t require the most sophisticated type of genetic testing. Instead, Kathiresan can calculate risk scores for those five diseases — eventually maybe more — simply by reanalyzing the kind of raw data people receive after sending a cheek swab to companies like 23andMe.

A geneticist who specializes in cardiovascular disease, he hopes to open a website where people can send in such data to learn their heart risk, as part of continuing research. Kathiresan and co-author Dr. Amit Khera, a Mass General cardiologist, are co-inventors on a patent application for the system.

Other scientists and companies have long sought ways to measure risk from multiple, additive gene effects — the “poly” in polygenic — and Myriad Genetics has begun selling a type of polygenic test for breast cancer risk.

But specialists in heart disease and genetics who weren’t involved with the research called the new findings exciting because of their scope.

“The results should be eye-opening for cardiologists,” said Dr. Charles C. Hong, director of cardiovascular research at the University of Maryland School of Medicine. “The only disappointment is that this score applies only to those with European ancestry, so I wonder if similar scores are in the works for the large majority of the world population that is not white.”

Hong pointed to a friend who recently died of a massive heart attack despite being a super-fit marathon runner who’d never smoked, the kind of puzzling death that doctors have long hoped that a better understanding of genetics could help to prevent.

“Most of the variation in disease risk comes from an enormous number of very tiny effects” in genes, agreed Stanford University genetics professor Jonathan Pritchard. “This is the first time polygenic scores have really been shown to reach the level of precision where they can have an impact” on patient health.

First, the Boston-based team combed previous studies that mapped the DNA of large numbers of people, looking for links to the five diseases — not outright mutations but minor misspellings in the genetic code.

Each variation alone would have only a tiny effect on health. They developed a computerized system that analyzed how those effects add up, and tested it using DNA and medical records from 400,000 people stored in Britain’s UK Biobank. Scores more than three times the average person’s risk were deemed high.