Pedestrians injured in crash outside parliament in London 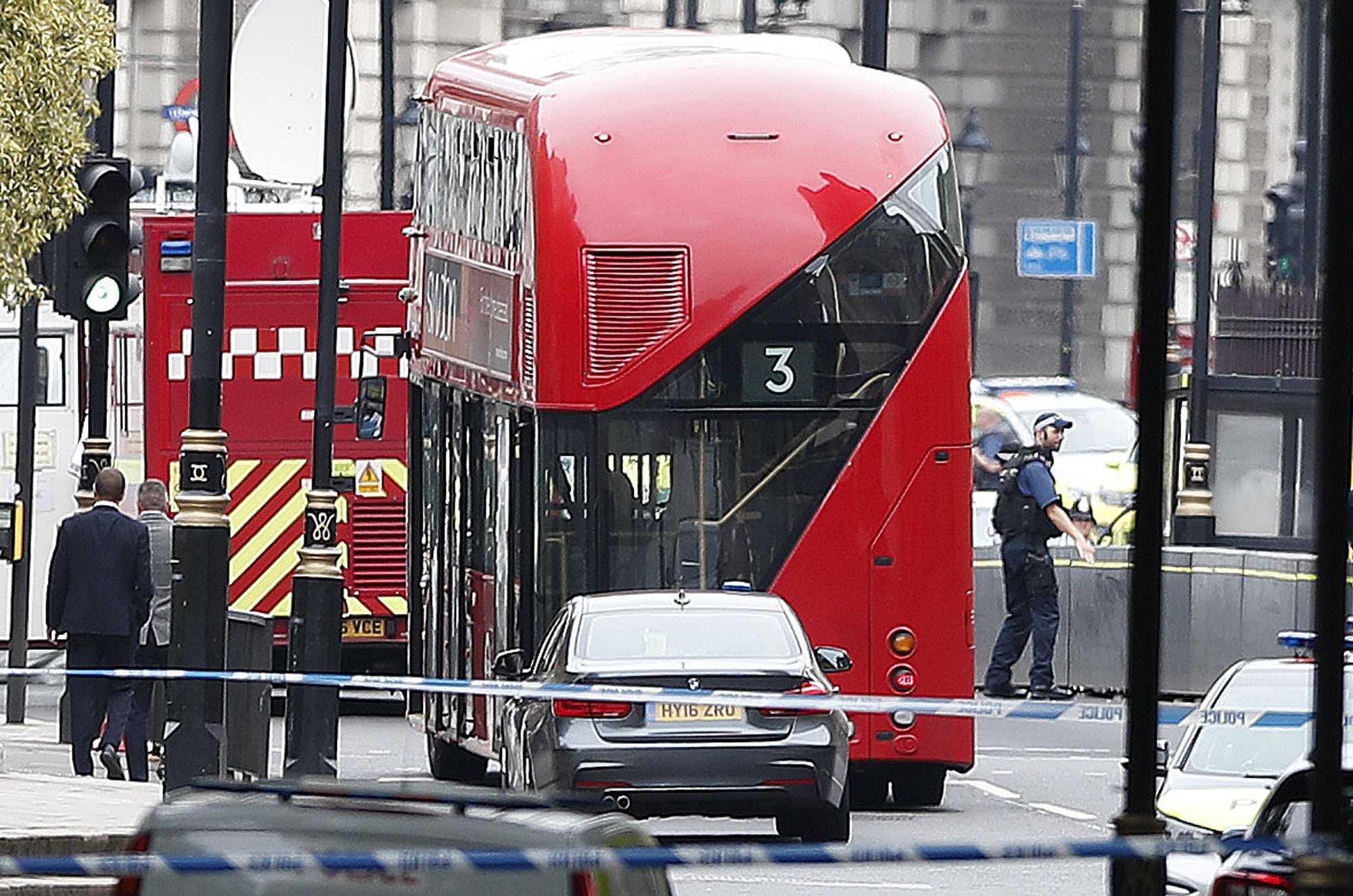 LONDON — A motorist crashed into pedestrians and cyclists near the Houses of Parliament in London on Tuesday, heightening tensions in a city that has seen four vehicle-based terror attacks in less than 18 months.

Two people were hurt, but authorities said none of the injuries were life-threatening.

Armed police swooped into the area, arresting the driver and cordoning off streets surrounding the heart of Britain’s government. Police appealed to the public to stay away, and the Westminster Tube station was closed.

Images from Sky News and social media showed a man in a puffy black jacket who was surrounded by police and led away in handcuffs from a silver car.

Eyewitnesses described the car as being driven at high speed before hitting carriers. Several suggested it was deliberate.

“The car drove at speed into the barriers outside the House of Lords. There was a loud bang from the collision and a bit of smoke,” Ewelina Ochab told The Associated Press. “The driver did not get out. The guards started screaming to people to move away.”

“It looked deliberate. It didn’t look like an accident,” he said. “How do you do that by accident? It was a loud bang.”

The area was the site of a terror attack in March 2017, when Khalid Masood ploughed a car into crowds on Westminster Bridge, killing four people. Masood abandoned his car and then stabbed and killed a police officer before being shot dead in a courtyard outside Parliament.