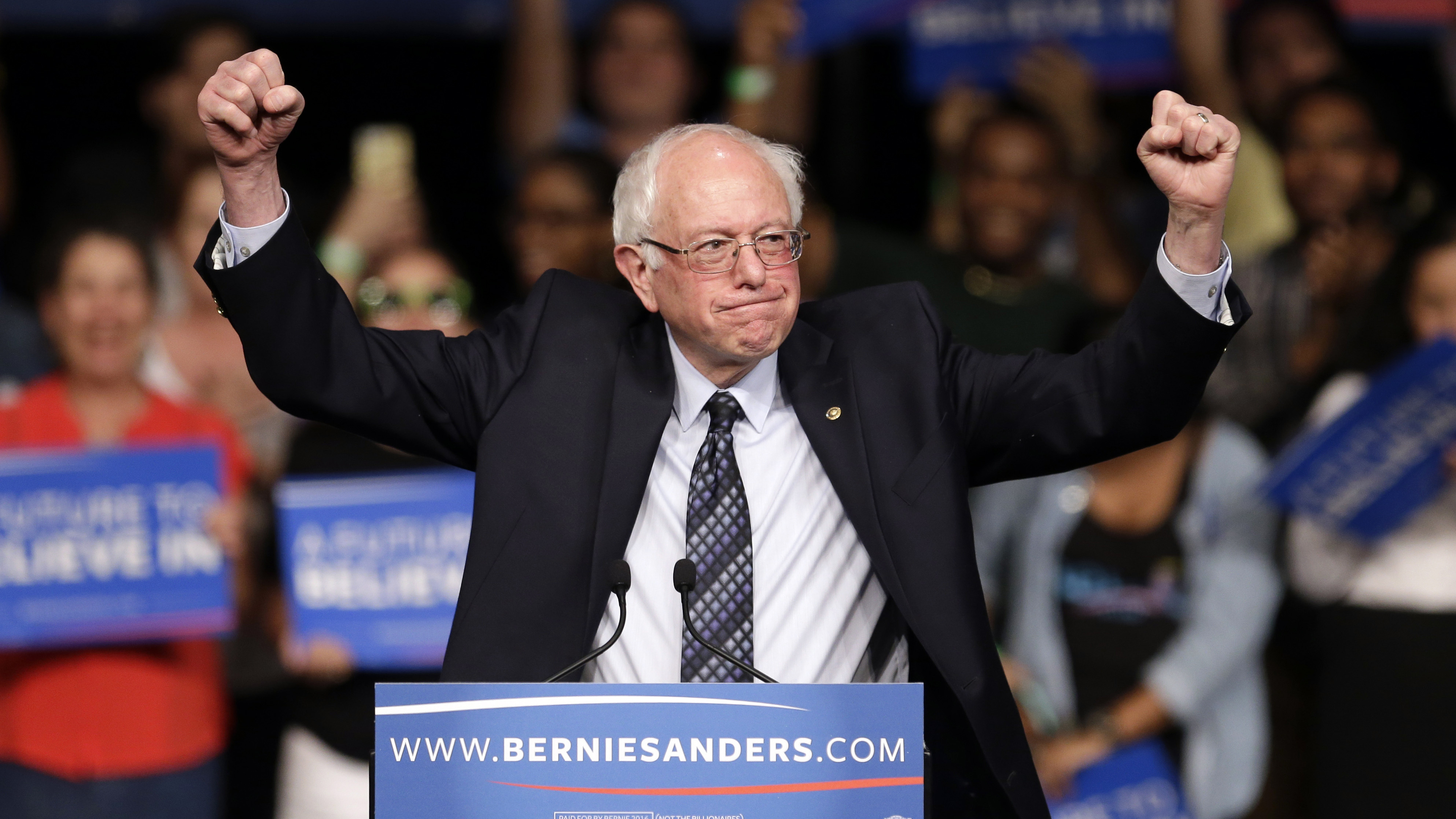 WASHINGTON — The Latest on primaries in Connecticut, Minnesota, Vermont and Wisconsin (all times local):

Independent U.S. Sen. Bernie Sanders has won Vermont’s Democratic Senate primary but is expected to turn down the nomination and support the state’s Democratic candidates, as is his practice.

Sanders is thought to be considering a presidential run in 2020. He already is on Vermont’s November ballot as an independent.

Under Vermont law he cannot appear on the November ballot as both a Democrat and an independent.

In his U.S. Senate races, in 2012 and 2006 he declined the nomination but accepted the formal endorsement of the state’s Democratic Party.

Sen. Chris Murphy is advancing to the November election after sailing through the primaries without facing a challenger from his Democratic Party.

Polls in the state closed at 8 p.m. Minnesota, Vermont and Wisconsin are also holding primaries Tuesday.

Murphy’s campaign has raised about $13.5 million, an amount that far exceeds the fundraising of each of his GOP rivals.

Murphy was first elected in 2012 and became a prominent advocate for gun control following the shooting massacre that year at Sandy Hook Elementary School in Newtown that killed 20 first-graders and six educators. He has gained a higher profile lately through his outspoken criticism of the policies of President Donald Trump.

Early figures show voter turnout in Connecticut’s primaries is low despite the large number of candidates vying to become their party’s nominee in November.

Secretary of the State Denise Merrill says turnout was around 15 to 16 percent with 153 of Connecticut’s 169 towns reporting as of about 3 p.m. Tuesday. That figure doesn’t include the major cities.

Merrill says she ultimately expects about 20 to 25 percent of the state’s roughly 1.2 million registered Democrats and Republicans will vote, similar to past primaries. Polls close at 8 p.m.

Unaffiliated voters are not able to vote in Connecticut’s primaries.

The Republican primary for governor is expected to be particularly close, given that five candidates are vying for the nomination. Merrill predicts the winner could take as few as 20,000 votes.

The polls have closed in Vermont, where voters were picking nominees for governor, U.S. Senate and U.S. House.

Vermont and three other states, Connecticut, Minnesota and Wisconsin, are holding primaries Tuesday.

Four Democrats are seeking the party’s nomination to run for governor. They include a former utility executive who, if elected, would become the nation’s first transgender governor, and a 14-year-old boy who is taking advantage of a quirk in state law that does not require gubernatorial candidates to be registered voters.

Sen. Bernie Sanders is appearing on the Democratic ballot, even though he’s already registered to run in November as an independent.

The Wisconsin Elections Commission says no major problems have been reported across the state as voters cast their ballots in the primary.

The commission says statewide turnout figures for Tuesday’s elections are not available yet.

Wisconsin is among four states holding primaries Tuesday. Connecticut, Minnesota and Vermont are the others.

In Milwaukee, the Journal Sentinel reports that election officials are projecting turnout to be 25 to 30 percent of the city’s registered voters, which is about 75,000 people. The turnout is about 10,000 more than the 2014 gubernatorial primary.

Democrats are fighting to beat back Republican gains across the Midwest as the 2018 primary season roars through Wisconsin and Minnesota.

Tuesday’s primary contests for governor, the Senate and the House will test the strength of President Donald Trump’s fiery coalition against the energy of the Democratic resistance among working-class voters.

In all, four states including Vermont and Connecticut will host elections on Tuesday as the 2018 primary season nears its final chapter.