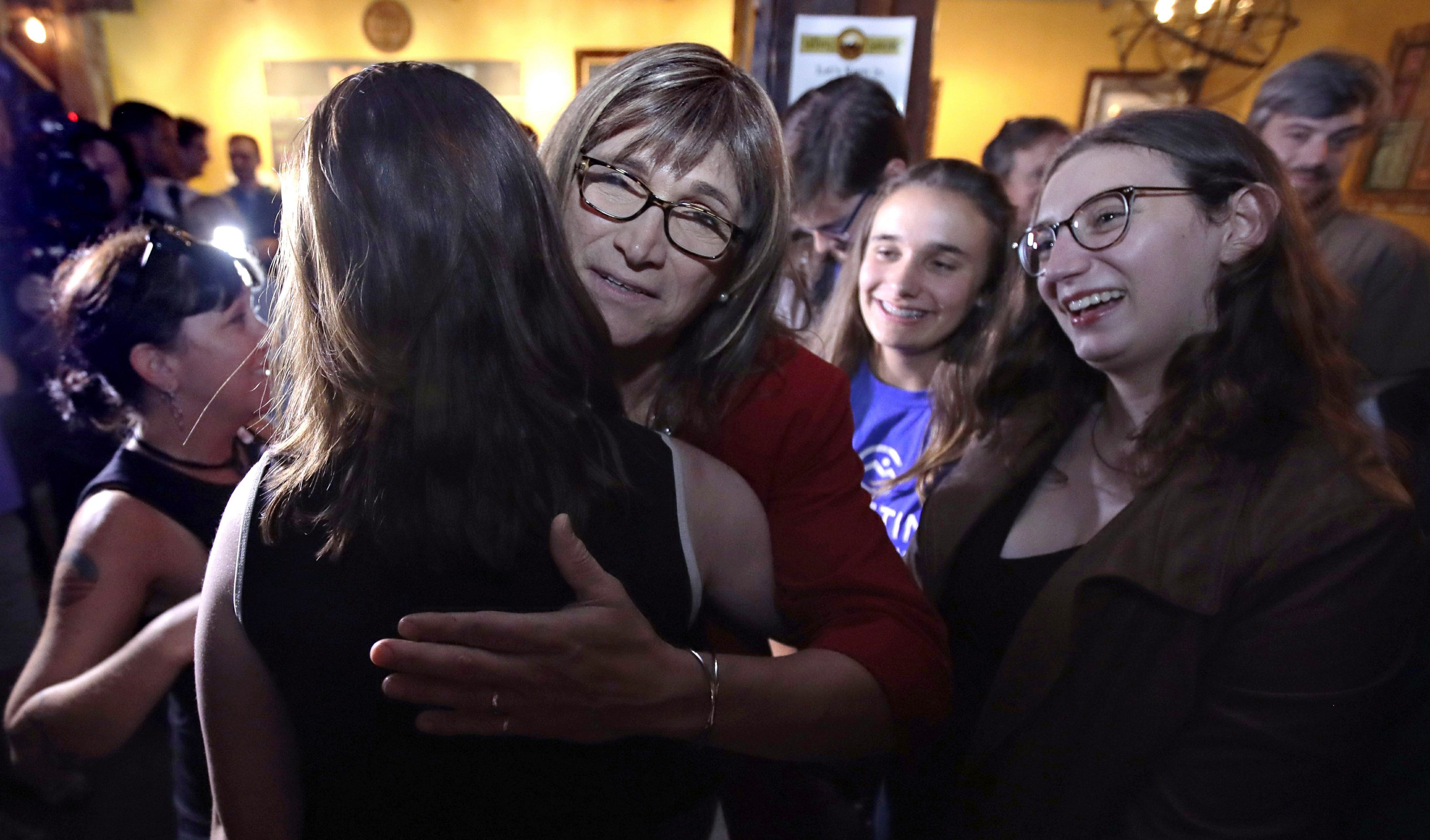 Rescuers search a second day through tons of broken concrete and twisted steel for any more survivors of the collapse of a highway bridge in Genoa, which sent dozens of cars and three trucks plunging as much as 45 meters, as politicians cast blame.

Midwestern Democrats test the strength of the “blue wave” in Wisconsin and Minnesota, while Vermont Democrats choose the nation’s first transgender major party nominee for governor.

Hundreds of Roman Catholic priests in Pennsylvania molested more than 1,000 children — and possibly many more — since the 1950s, and senior church officials, including a man who is now the archbishop of Washington, D.C., systematically covered up the abuse, according to a landmark grand jury report.

4. OMAROSA SAYS SHE “WILL NOT BE SILENCED,” “BULLIED” OR “INTIMIDATED” BY TRUMP

Omarosa Manigault Newman tells The Associated Press she believes the president’s campaign is trying to keep her from telling her story, but says she “will not be silenced.”

5. TURKEY INCREASES TARIFFS ON SOME US GOODS, ESCALATING FEUD

Turkey is increasing tariffs on imports of certain U.S. products, escalating a feud with the United States that has helped trigger a currency crisis. Meanwhile, a Turkish court has rejected an appeal for the release of an American pastor from detention.

6. US, MEXICO TO ANNOUNCE NEW PLANS ON CARTELS

Drug Enforcement Administration officials tell The Associated Press that new plans to combat Mexican drug cartels will be unveiled in Chicago alongside members of the Mexican government.

7. WHY FOE ACCUSED BY MADURO SAYS VENEZUELA MILITARY IS FRACTURING

The exiled opposition leader accused by Venezuelan authorities of directing a failed plot to assassinate President Nicolas Maduro says the greatest threat to the embattled socialist leader may be his detractors in uniform standing quietly behind him.

8. WHO IS SUSPECT IN UK PARLIAMENT CRASH BEING TREATED AS TERRORISM

British media are reporting that the suspect is a 29-year old British citizen of Sudanese origin named Salih Khater, who is in police custody after his arrest on suspicion of preparing an act of terror.

9. WHERE THE TALIBAN HAS STRUCK

A Taliban assault on two adjacent checkpoints in northern Afghanistan killed at least 30 soldiers and police, as life gradually returned to normal in parts of the eastern city of Ghazni after a massive insurgent attack last week, with sporadic gunbattles still underway in some neighborhoods.

The social network says it is suspending the account of the far-right conspiracy theorist Alex Jones for one week after he violated the company’s rules against inciting violence.