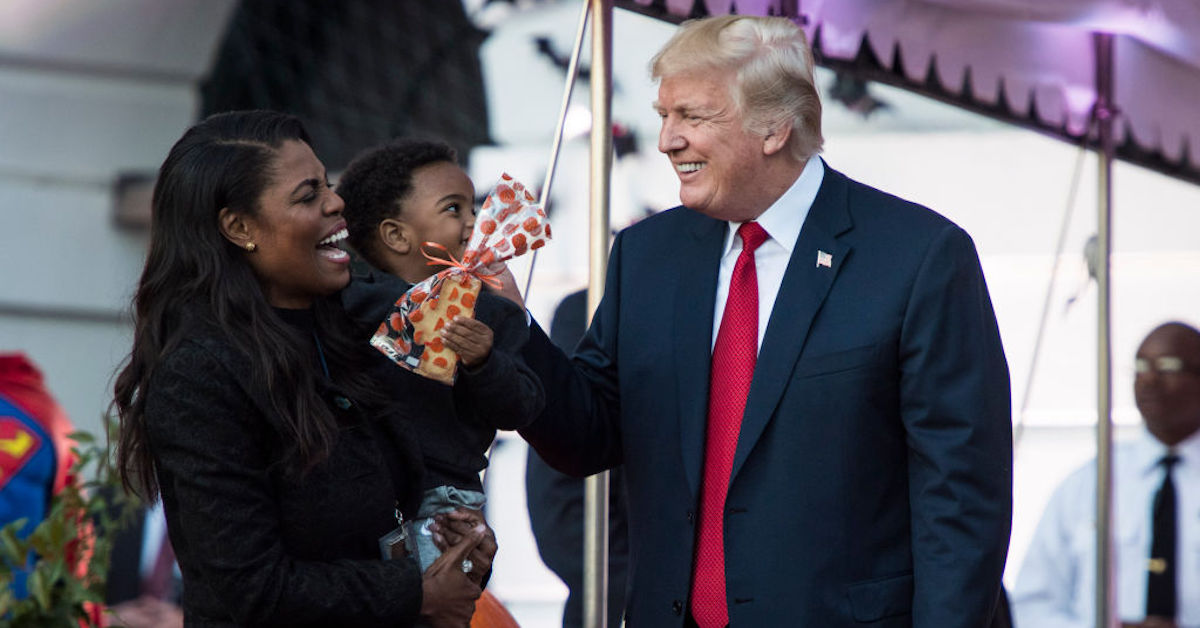 WASHINGTON — For years, Omarosa Manigault Newman stood at Donald Trump’s side, making her deeply unpopular with African-Americans who see her as a sellout for aligning herself with a president who has hurled one insult after another at black people.

Her falling out with Trump and her decision to call him a racist as she sells her new book — and in turn, his in turn calling her a “dog” — have not been enough for many African-Americans to invite her back to the family picnic.

Too little, too late, many said.

“Her tell-all mea culpa won’t win her any brownie points with most blacks,” said Earl Ofari Hutchinson, author of the book “Why Black Lives Do Matter.” ”Their loathing of Omarosa is virtually frozen in stone. She’s still roundly lambasted as a two-bit opportunist, a racial sellout and an ego driven hustler.”

Few in the black community immediately rushed to defend Manigault Newman after she wrote a book entitled “Unhinged” about her time in the White House. It paints a damning picture of Trump, claiming without evidence that tapes exist of him using the N-word as he filmed “The Apprentice” reality series, on which she co-starred.

She has since stepped up her attacks on Trump as she promotes her book, telling The Associated Press on Tuesday that the president is “a racist, a misogynist, a bigot.”

“I want to see this nation united as opposed to divided,” she said. “I don’t want to see a race war, as Donald Trump does.”

The deep hostility that African-Americans harbor for Manigault Newman stems largely from her defense of the president or her public silence as he repeatedly attacked the American citizenship of former President Barack Obama; insulted various minority groups and described some African nations as “shithole” countries. He has also insulted prominent blacks like U.S. Rep. Maxine Waters and NBA superstar LeBron James, said that “many sides” are to blame for the violence at last year’s white nationalist rally in Charlottesville, Virginia, and ripped African-American athletes for protesting racial injustice.

As the highest-profile African-American on the White House staff, she pushed back on accusations that Trump was racist. She once told PBS’ “Frontline,” ”Every critic, every detractor will have to bow down under President Trump.”

After associating herself with Trump for more than a decade, she now says he “used” her, calling him a “con” who “has been masquerading as someone who is actually open to engaging with diverse communities” and is “truly a racist.”

Trump ratcheted up his rhetoric against Manigault Newman on Tuesday. “When you give a crazed, crying lowlife a break, and give her a job at the White House, I guess it just didn’t work out,” Trump said. “Good work by General Kelly for quickly firing that dog!” John Kelly is the White House chief of staff.

Many condemned the president and his repeated attempts to compare minorities with animals, but there was little defense of Manigault Newman — unlike when Trump attacked NBA superstar LeBron James in recent weeks.

“We should not mistake anything that has happened here as to be Omarosa in any way purporting be a benefit to the African-American community,” said Aisha Moodie-Mills, a Democratic strategist.

The dispute with Manigault Newman and the recent dust-up with James made him even more unpopular with African-Americans.

More than 8 in 10 blacks said they thought Trump was racist in a February poll by The Associated Press-NORC Center for Public Affairs Research. More than 9 in 10 of African-Americans disapproved of how Trump is handling his job as president.

Manigault Newman has been associated with Trump for more than a decade.

Minimal association with Trump, like taking a photograph with the president in the Oval Office, was enough for protesters to decry Historically Black Colleges and University presidents on their own campuses last year. Black ministers who met with Trump are being criticized by their colleagues and some by their congregations. Among the criticized is Darrell Scott, an African-American pastor from Ohio who declared “This is probably going be … the most pro-black president that we’ve had in our lifetime.”

Raynard Jackson, a black Republican who has worked on GOP presidential, gubernatorial and local campaigns, said Manigault Newman secretly recording Trump and other White House officials will make her a pariah in conservative circles as well.

“There is absolutely no way she can redeem herself. Who is going to trust her ever again?” Jackson said. “Recording someone under these circumstances is the political equivalent of spitting on a man.”

Conservative commentator Armstrong Williams said he’s known Manigault Newman since she was 19 and will always consider her a friend. But “Omarosa can’t be trusted,” he said. “There’s an issue when you can’t be trusted and can’t be loyal.”

As her feud with Trump intensified, Manigault Newman’s relationship with the black community became the topic of many conversations among African-Americans, especially on social media. Some of them offered hope for Manigault Newman, however conditional.

If Omarosa “is the one to get some traction on people seeing how truly raggedy this administration is enough to take action… we should reconsider letting her get a to-go plate from the cookout. Someone can take it to her,” tweeted Bari A. Williams, an Oakland lawyer and business operations executive.