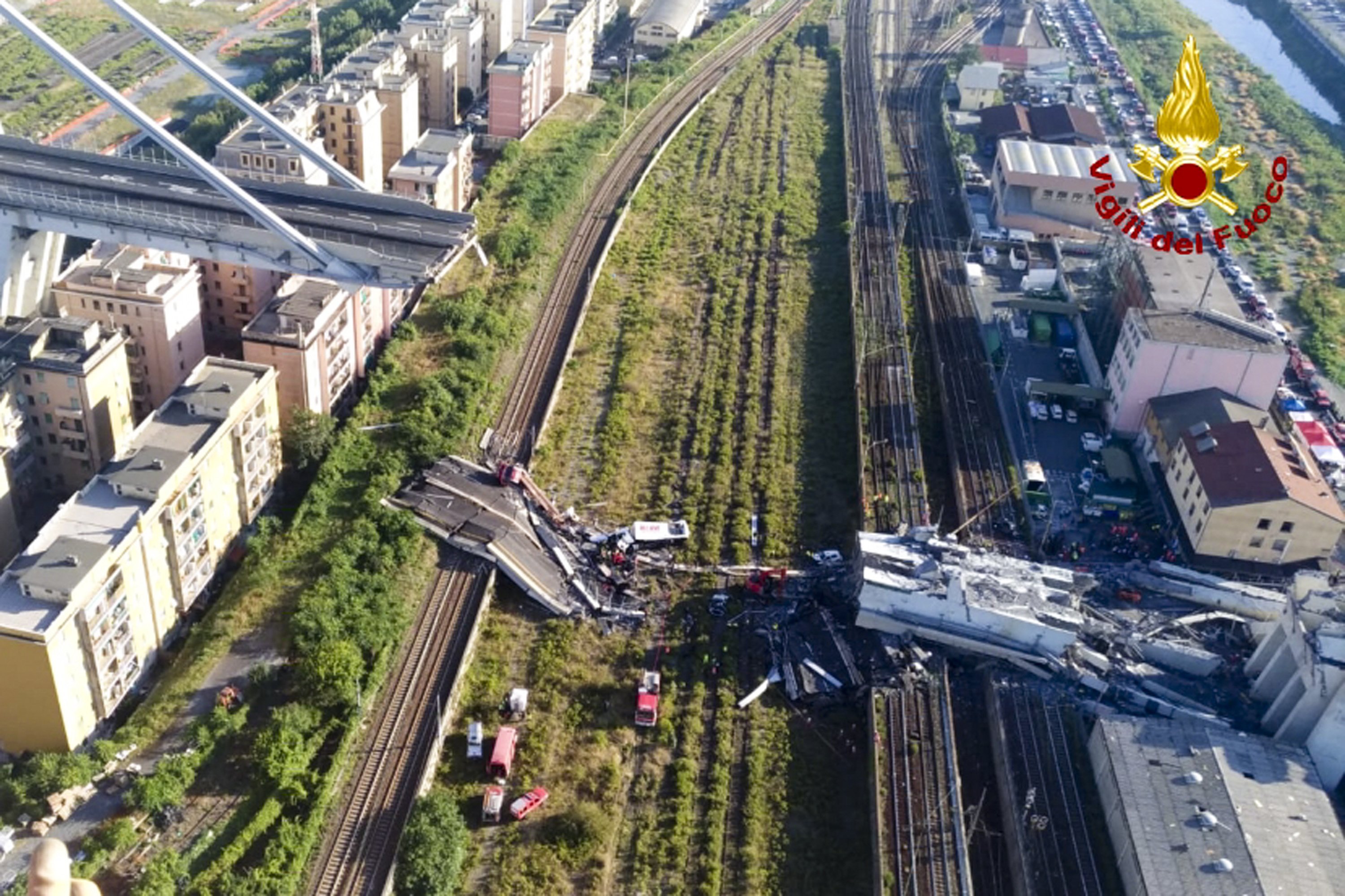 ROME — Rescue and recovery efforts continued through the night into the morning in Italy following the collapse of a highway bridge in Genoa, while authorities raised the death toll to 35 with three missing.

Rescuers searched through tons of concrete slabs and steel for survivors or bodies from the collapse a day earlier on the eve of Wednesday’s summer Ferragosto holiday.

State radio Wednesday quoted the prefect’s office confirming a death toll of 35 and denying some news reports that put it at 38.

About a dozen people remained hospitalized in serious condition.

What caused an 80-meter (260-foot) long stretch of highway to break off from the 45-meter (150 foot) high Morandi Bridge in the northwestern port city is under investigation. There had been proposals to upgrade the 1967 bridge.