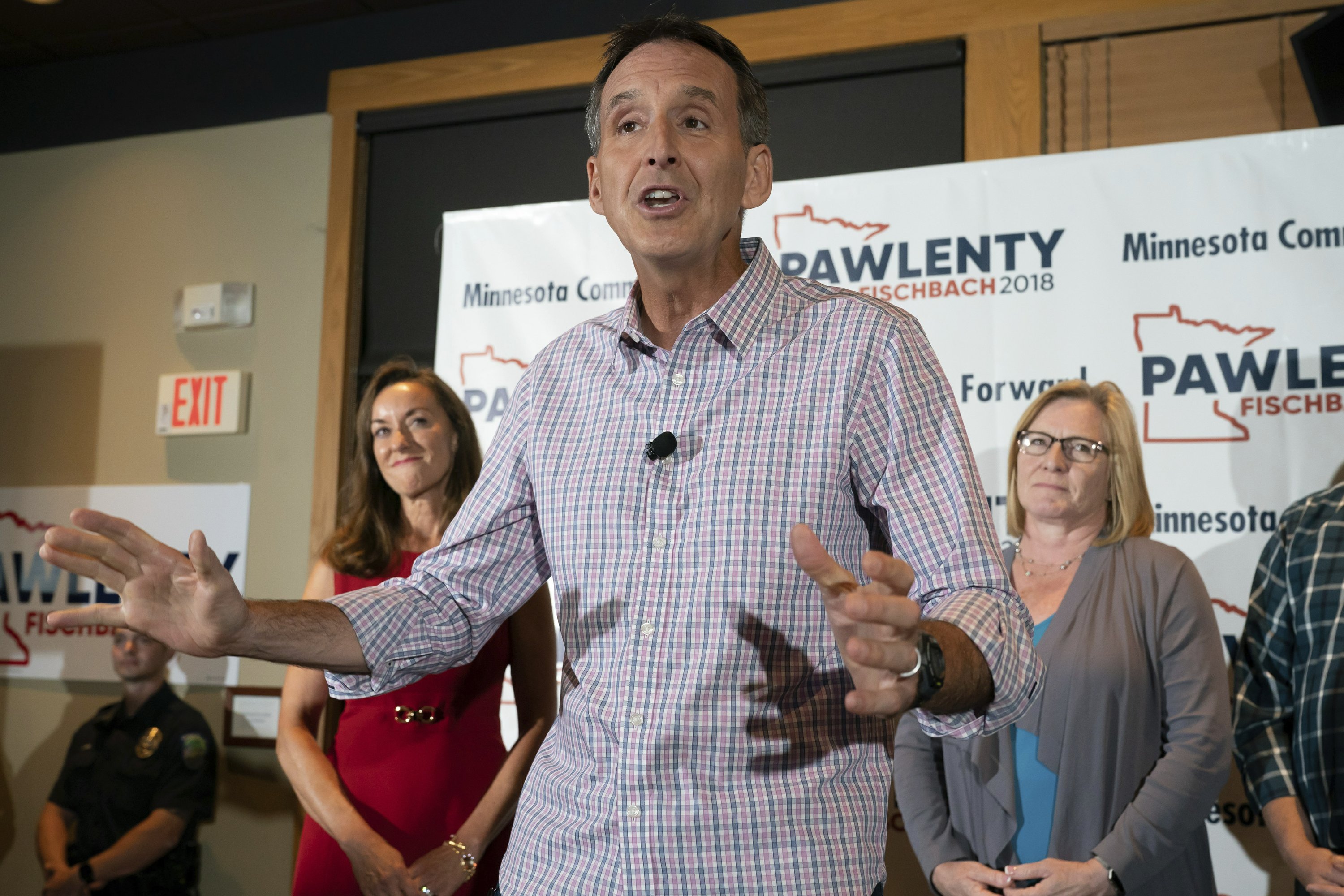 ST. PAUL, Minn. — Former Minnesota Gov. Tim Pawlenty, who once called Donald Trump “unhinged and unfit for the presidency,” lost to a lesser-known county official in the Republican primary, prematurely ending a bid to win back his old job.

Hennepin County Commissioner Jeff Johnson, who won his party’s endorsement but still was considered an underdog, won by nearly 10 points over the former two-term governor and presidential candidate. Pawlenty struggled to reintegrate into a party that had shifted since he left office in 2011.

“I think it is just further indication that the rules have changed, not just in Minnesota, not just in our party,” Johnson said. “People are expecting something different from candidates.”

Johnson now faces Democratic Rep. Tim Walz, who one a three-way race on the Democratic side to replace outgoing Gov. Mark Dayton.

Republicans need only the governorship to take full control of state government in Minnesota, a traditionally left-leaning state that had become a lone outpost of divided government in the conservative Upper Midwest. Big donors saw Pawlenty as the man to do it.

Johnson had been viewed as a longshot given Pawlenty’s unparalleled name recognition and the money that quickly flowed to his campaign when he announced his campaign in early April. Pawlenty was the last Republican to win statewide in Minnesota with his 2006 victory for a second term.

But voters were unwilling to coronate Pawlenty, who didn’t bother challenging Johnson at the state party convention. His loss effectively ends a political career that peaked with two terms as governor and a short-lived 2012 presidential bid.

“Obviously not the result we hoped for and worked for,” Pawlenty said Tuesday night before congratulating Johnson on doing “a great job.”

Pawlenty struggled to live down his October 2016 critique of then-candidate Trump, though he later assured Republican voters that he still voted for the president and supported the bulk of his policies. And the insults weren’t one-sided; Johnson once called Trump “a jackass” but positioned himself as a steadfast supporter of the president.

His post-political career as a lobbyist for the nation’s largest banks came with the aura of establishment politician trying to force his way back into Minnesota.

Several voters said they liked Pawlenty but believed he’d already had his time. For 21-year-old Republican voter Emma Glynn, Pawlenty’s two prior terms were a knock against him.

Glynn said she’s concerned about the influx of refugees resettling in Minnesota — which is home to the largest population of Somalis outside of east Africa. While both GOP candidates have made a crackdown on illegal immigration cornerstones of their campaign, Glynn said she felt Johnson was better suited to put an end to refugee resettlement.

“And if he’s not, at least he’s someone who’s new,” said Glynn, who works as a server in a restaurant and in a psychiatric group home.

Democrats had expected Pawlenty to win, spending months preparing to face him in the fall. Pawlenty served as a foil in Democratic candidates’ advertising, with Walz saying “I won’t let Tim Pawlenty take us back” in one TV spot. A heavily liberal outside political group spent millions bashing Pawlenty in the lead-up to the primary, with millions more in advertisements reserved for the fall.

Even for some Republicans, the reminders of Pawlenty’s tenure were enough to make them reconsider.

“I have too many teacher friends that are very upset with what happened to schools back then,” 65-year-old Linda Speidel said, referencing the deep budget cuts to schools Pawlenty’s administration enacted in the midst of the recession.

Walz said Johnson’s upset over Pawlenty changes nothing for Democrats as they turn to November.

“The message that was coming out of Jeff Johnson’s campaign and Tim Pawlenty’s campaign were very similar. They were trying to out-Donald Trump each other,” he said.

Walz likely benefited from booming voter turnout, driven by a handful of other competitive Democratic primaries for attorney general and U.S. House races. In Minneapolis, where a crowded Democratic primary to replace Rep. Keith Ellison only added to voter excitement, elections officials had tallied nearly 75,000 ballots by dinnertime, far outstripping a recent high watermark of 51,000 in 2010. A polling place in suburban Eden Prairie had doubled its expected turnout with hours of voting to go.

The state’s no-excuse absentee voting law started in 2014 was responsible for at least part of the spike. More than 117,000 early absentee ballots had been cast by Monday morning, crushing previous records for a primary election.