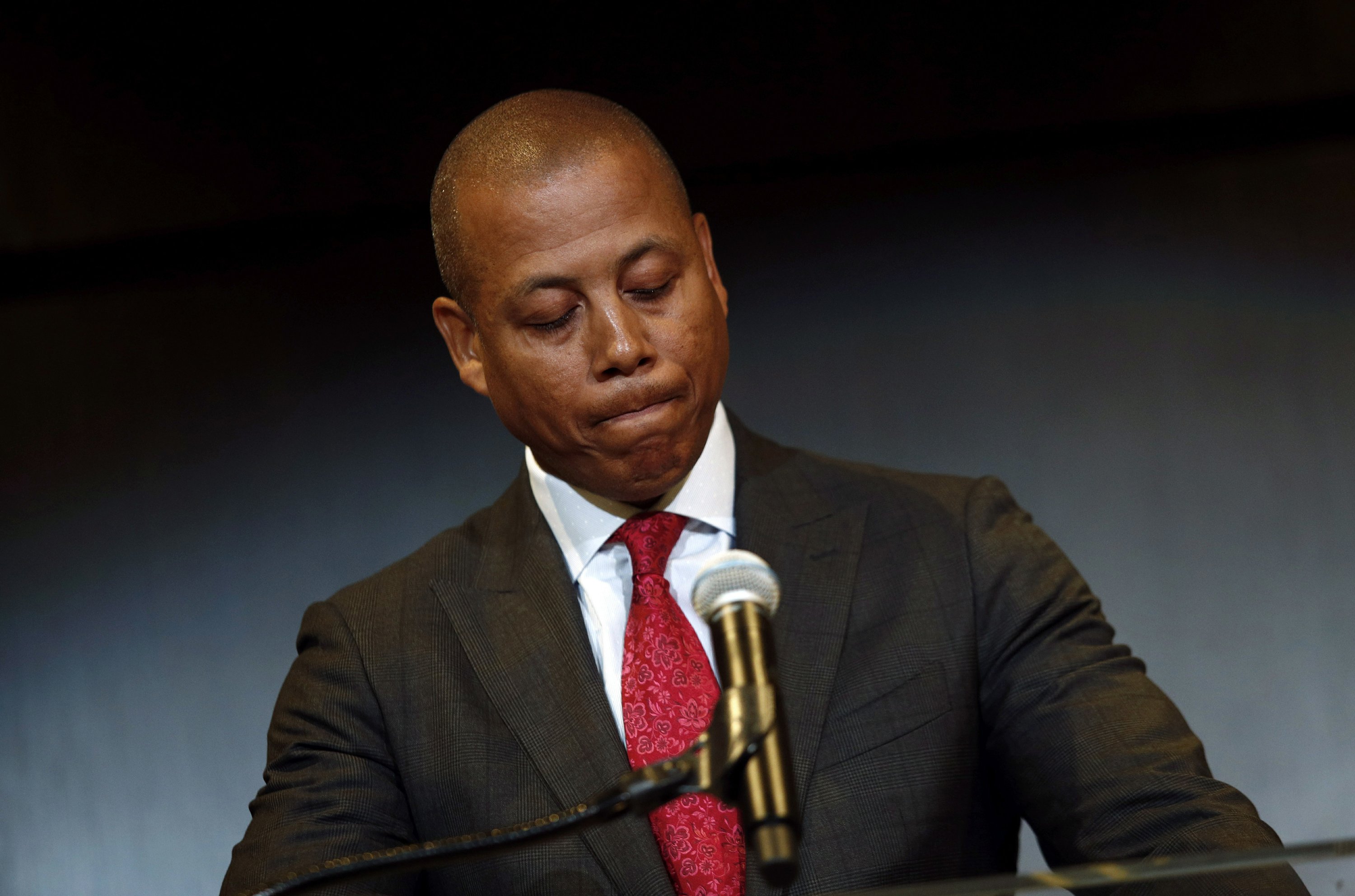 COLLEGE PARK, Md. — The University of Maryland acknowledged Tuesday that the football player who collapsed during practice and subsequently died did not receive proper medical care and the school must accept “legal and moral responsibility for the mistakes.”

Maryland has parted ways with strength and conditioning coach Rick Court, who resigned in the wake of the death of offensive lineman Jordan McNair. Athletic director Damon Evans acknowledged that “mistakes were made” in the treatment of McNair, who was hospitalized on May 29 after a team workout and died June 13.

The attorney for the McNair family said a preliminary death certificate indicates the cause of death was heatstroke.

Court posted his letter of resignation on Twitter on Tuesday. He wrote: “I am stepping down to allow the team to heal and move forward.” He had previously been placed on administrative leave.

Evans said Tuesday the university has “hired an external review team to take a look at this, but as additional information comes forward, we will do what’s appropriate.”

Dr. Rod Walters, a former college athletic trainer, has been hired by Maryland to investigate the circumstances of McNair’s death. A report is expected by Sept. 15, but the school has been provided preliminary findings and shared some of those in a news conference.

“We have learned that Jordan did not receive appropriate medical care, and mistakes were made by some of our athletic training personnel,” Evans said. “Walters found that the emergency response plan was not appropriately followed” and that McNair’s symptoms “were not properly identified or treated.”

Evans said the training staff did not take McNair’s temperature or immerse him in cold water, the suggested treatment for an individual overcome by heat.

University President Wallace Loh said the visit to the McNair home was to apologize personally for the loss.

“They entrusted their son to us, and he did not return home,” Loh said. “The University accepts legal and moral responsibility for the mistakes that were made on that fateful day. … They misdiagnosed the situation.”

Loh is adamant in his belief that the school will take steps to make sure this never happens again.

“I made a commitment to Jordan’s parents,” he said. “I want to make the same commitment to the parents of all of our student-athletes, and to our entire campus community: We will do everything within our power to ensure that no University of Maryland student-athlete is ever again put in a situation where his or her safety and life are at foreseeable risk.”

Later in the day, the law firm of Murphy, Falcon & Murphy, which represents the McNair family, wrote in a statement: “While Marty and Tonya will never get another day with Jordan, Dr. Loh’s words were meaningful to them and give them some comfort that he will put the University on the path to change the culture of the program so that no Terrapin family will have to endure the heartache and grief that they feel.”

Loh said the reports of “bullying behavior” by coaches of the football team “are totally inconsistent with what we stand for, and our values.”