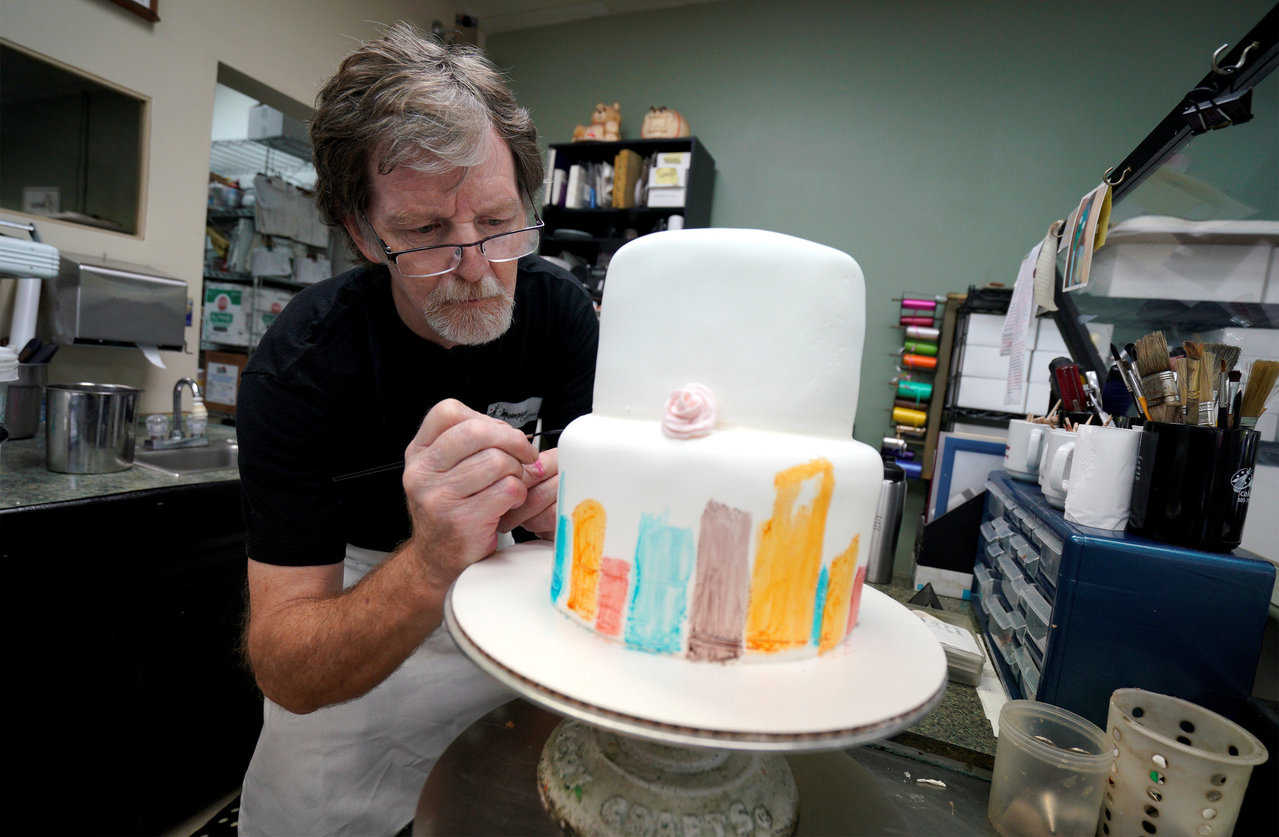 Two months after winning his Supreme Court case for refusing to bake a gay wedding cake, Masterpiece Cakeshop owner Jack Phillips filed a lawsuit in federal court on Tuesday against the Colorado Civil Rights Commission after it said he violated the Colorado Anti-Discrimination Act by refusing to bake a cake celebrating a gender transition.

“Colorado has renewed its war against [Jack Phillips] by embarking on another attempt to prosecute him, in direct conflict with the Supreme Court’s ruling in his favor,” the lawsuit reads. “This lawsuit is necessary to stop Colorado’s continuing persecution of Phillips.”

According to the charge of discrimination filed with the commission against Phillips, transgender attorney Autumn Scardina called Masterpiece Cakeshop to order a birthday cake that would also celebrate the seven-year anniversary of her transition from male to female.

“When I explained I am a transexual and that I wanted my birthday cake to celebrate my transition by having a blue exterior and a pink interior, they told me they will not make the cake based on their religious beliefs,” Scardina says in the statement.

“A mere 24 days after Phillips prevailed in the Supreme Court, Colorado told him that he violated Colorado law by declining to create that cake,” Phillips’ lawsuit reads. “In so doing, the state went back on what it told the Supreme Court in its Masterpiece briefing — that its public accommodation law allows Phillips to decline to create cakes with pro-LGBT designs or themes.”

Phillips has once again enlisted the Alliance Defending Freedom to defend his bakery. The ADF filed a lawsuit against the Commission on Phillips’ behalf, accusing it of targeting Masterpiece Cakeshop.

“The state of Colorado is ignoring the message of the U.S. Supreme Court by continuing to single out Jack for punishment and to exhibit hostility toward his religious beliefs,” said Alliance Defending Freedom attorney Kristen Waggoner, who is representing Phillips. “Even though Jack serves all customers and simply declines to create custom cakes that express messages or celebrate events in violation of his deeply held beliefs, the government is intent on destroying him — something the Supreme Court has already told it not to do.”

Courts should avoid the messy culture battles and adopt the concurrence written in June by Justices Neil Gorsuch and Clarence Thomas in the original Masterpiece Cakeshop case that rules custom-made cakes are a form of free speech, and therefore cannot be compelled by the state.