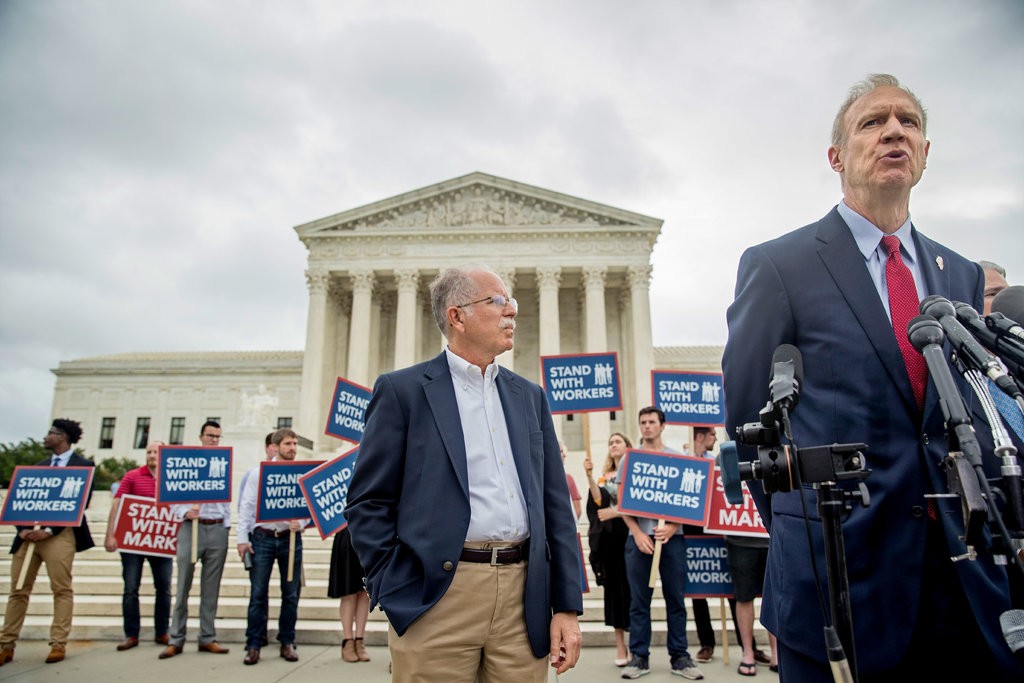 Over $100 million is at stake for non-union members seeking repayment after being forced to pay union dues for years. There are about 20 cases across the country in which non-members want their money back. One of these is a 30,000 employee class-action lawsuit in California, in which the non-members are suing the Service Employees International Union.

The hope for repayment increased after the Supreme Court ruled this year in the case Janus v. American Federation of State, County and Municipal Employees that forcing non-union members to pay dues violates their First Amendment rights because unions use part of the money generated from dues to support political campaign.

The five-justice majority in the case said that union leaders deciding which political campaign to donate to is unconstitutional. The ruling overturned a 40-year precedent.

But the question now is whether the ruling allows for non-members to be repaid. And legal experts are doubtful as to that.

Critics suggest that the Supreme Court’s decision was decided only to weaken Democrats, the party unions generally support. The decision was split along partisan lines, 5-4 for the plaintiff, with the majority opinion basing their decision on the First Amendment.

Justice Samuel A. Alito Jr. wrote for the majority, “We conclude that this arrangement violates the free speech rights of nonmembers by compelling them to subsidize private speech on matters of substantial public concern… We recognize that the loss of payments from nonmembers may cause unions to experience unpleasant transition costs in the short term, and may require unions to make adjustments in order to attract and retain members. But we must weigh these disadvantages against the considerable windfall that unions have received.”

The dissent, written by Justice Kagan and joined by Justices Ginsburg, Breyer and Sotomayor accused the majority opinion of “weaponizing the First Amendment.”

The question on everyone’s mind, however, is whether “weaponizing the First Amendment” will cost union billions and put money in the pockets of those who had their rights violated over the years.