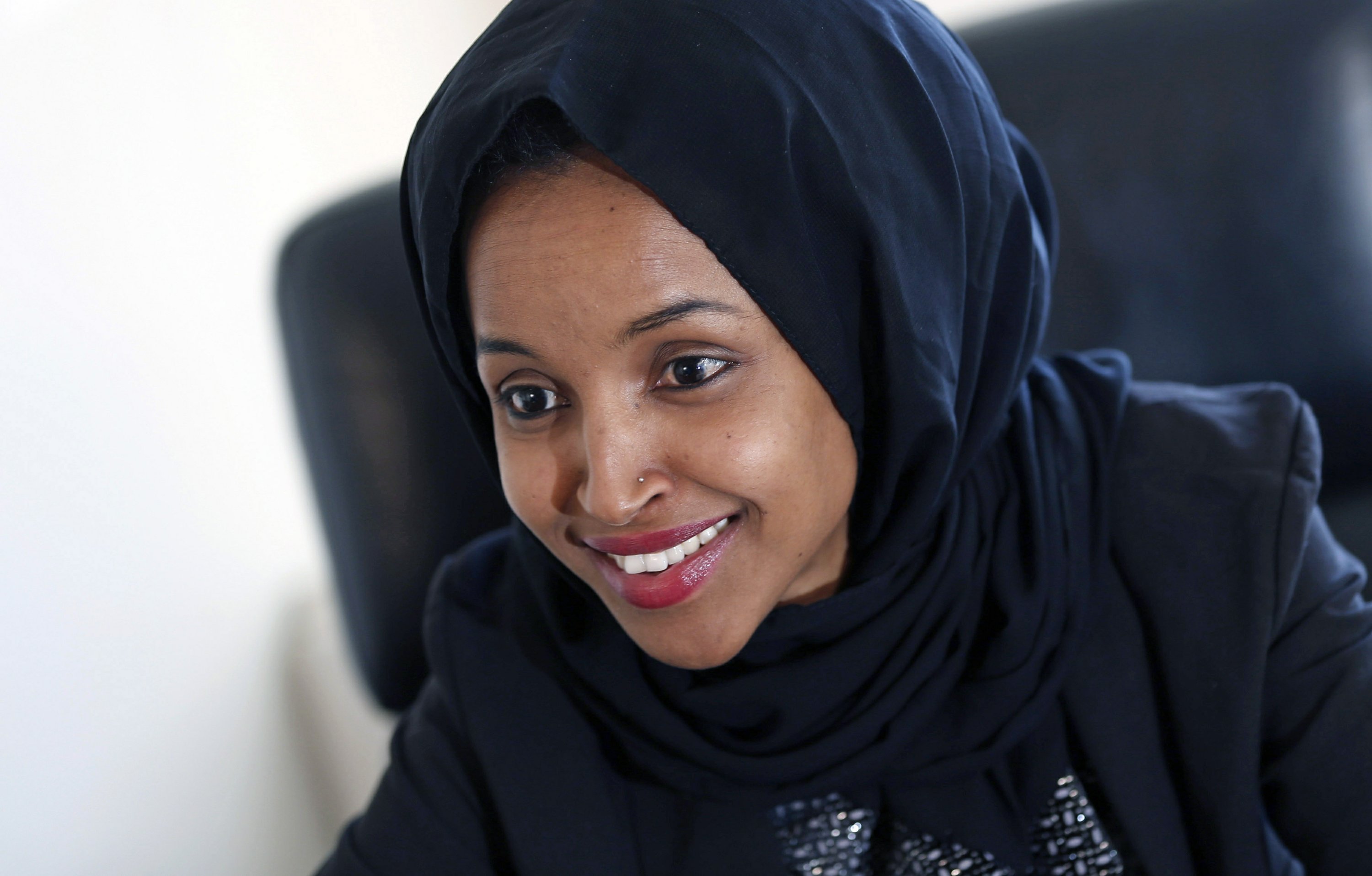 MINNEAPOLIS — Somali-American legislator Ilhan Omar neared another first Tuesday by winning a Democratic congressional primary in a Minneapolis-area district so reliably liberal that her victory is likely her ticket to Congress.

“Tonight we are celebrating because we engaged and empowered our community and we won!” Omar said in a statement. “Our campaign staff, our volunteers, and the people of the Fifth Congressional District are the inspiration we need to get up every day and fight for a democracy that guarantees a more just and equitable society.”

Rep. Keith Ellison left the seat to run for state attorney general, winning his primary Tuesday night for that job. The race was one of three in Minnesota sparked by decisions incumbent Minnesota Democrats to leave Congress.

The 8th District is widely rated a toss-up in November. For Republicans in an election year trending against them, it’s one of their best chances anywhere to flip a Democratic seat as they struggle to retain their House majority.

On the Republican side, St. Louis County Commissioner and retired Duluth police officer Pete Stauber was expected to easily defeat former Duluth School Board member Harry Robb Welty. Stauber’s campaign got a boost from Duluth campaign stops by President Donald Trump in June and by Vice President Mike Pence last week. The district, with its rural bent and union-friendly Iron Range, was once a Democratic stronghold but has evolved into a swing district. Trump won it by 15 points in 2016.

Like the 8th, southern Minnesota’s 1st District was rated a toss-up once Democratic Rep. Tim Walz opted to run for governor.

Jim Hagedorn, who nearly beat Walz in 2016, was making his fourth run for the seat, while state Sen. Carla Nelson challenged him in the Republican primary.

The district leans Republican, and Trump carried it by 15 points. For Democrats, Dan Feehan offered hope in part for sharing some of Walz’s pedigree; Feehan is an Iraq War veteran, a former high-ranking Pentagon official and a former teacher.

Party control isn’t an issue in the Minneapolis-area 5th District, which hasn’t sent a Republican to Congress since 1960. Besides Kelliher and Omar, the field included state Sen. Patricia Torres Ray, the state’s first Latina senator.

If Omar wins in November, she stands to be the first Somali-American elected to Congress.

Omar broke into elected office in 2016 by unseating a 22-term Democratic incumbent. With a slight record after a single term in the minority party, Omar touted her background to voters, saying she would fight against Trump and noting that she would have been affected by his proposal to restrict travel from Muslim-majority countries.

Kelliher played up her political battles with then-Republican Gov. Tim Pawlenty as proof that she, too, would make an effective Trump foil.

This story has been corrected to fix the spelling of Omar.