Turkish leader talks big, but can be pragmatic in crises 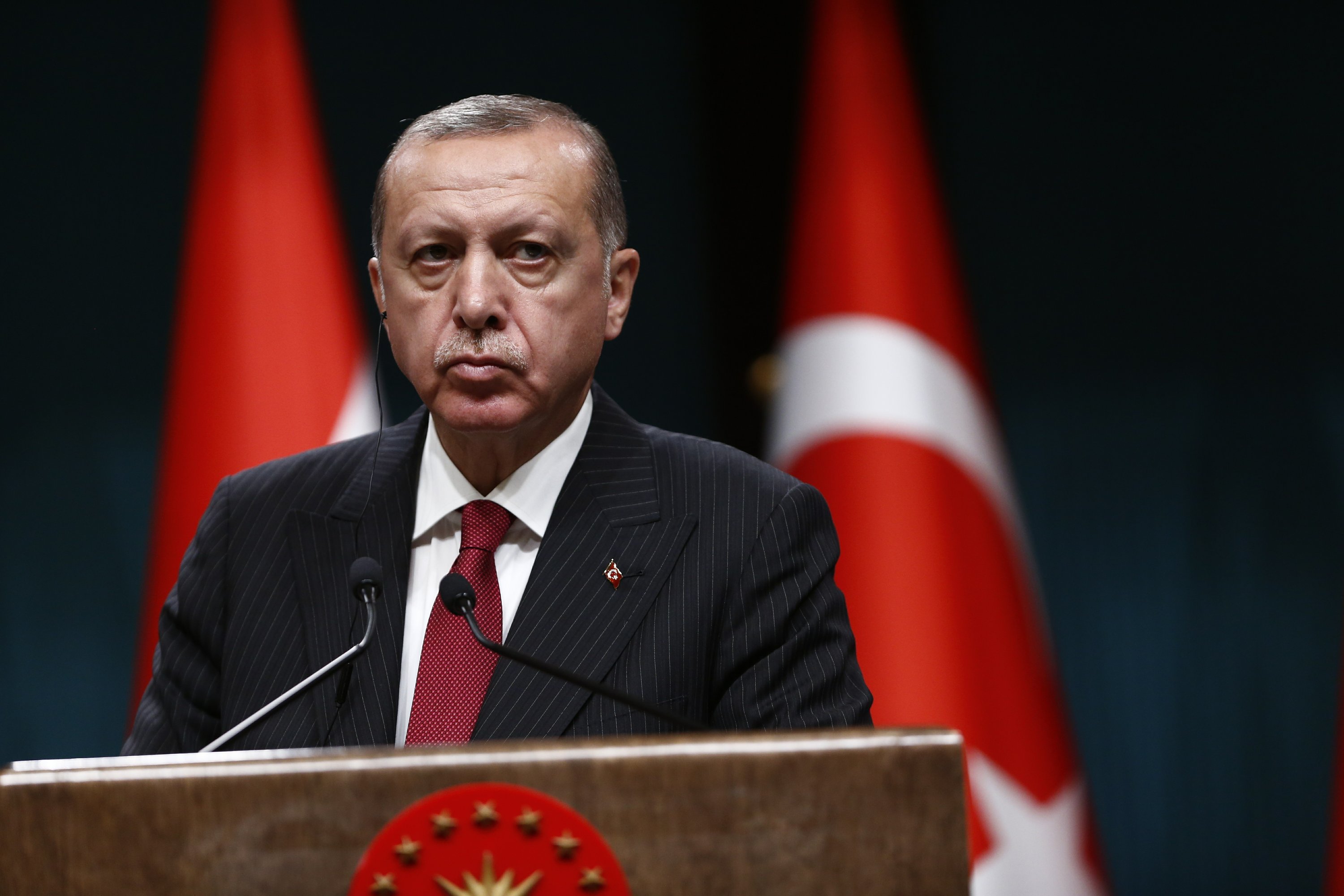 ISTANBUL — The man at the center of Turkey’s currency crisis and feud with the United States — President Recep Tayyip Erdogan — is unleashing the same combative rhetoric that powered him through other grave challenges in his 16 years as the increasingly authoritarian leader of a key NATO ally.

But Erdogan is also a pragmatist who badly needs a way out of a standoff that threatens his outsized ambitions for the once-thriving Turkish economy.

The interplay between Erdogan’s two sides could determine how a country that strategically spans the Asian and European continents, and shelters several million Syrian refugees in a deal with the European Union, will handle a cascade of problems: high inflation, foreign investor flight and a plunge in the value of the Turkish lira.

The question is whether the president will stick to his unwavering public position, or assign aides to soften it in order to stabilize an economy that he grandly said would be one of the world’s most powerful by 2023, the centennial of Turkey’s founding. And if he does seek compromise, analysts wonder, will it be too late to undo the economic damage?

The president, whose longtime electoral domination has been sullied by concerns about basic freedoms and a crackdown on opponents, delivered a vintage performance at a speech on Tuesday. He said Turkey was under attack, invoking the memory of the July 15, 2016 attempted coup by some military units that left nearly 300 people dead.

“We stood tall before tanks, cannons and planes,” said Erdogan, a brash, former footballer and ex-mayor of Istanbul. “And have no doubt that today, we stand before the dollar, the exchange rate, the inflation and interest rates. We stand before them with the same determination.”

The president’s message to his supporters was that Turkey is again under siege from shadowy conspirators, a message that has historically played well among many Turks since foreign powers carved up the remains of the Ottoman empire around the time of its collapse in the early 20th century. Erdogan, 64, talked about “economic hitmen” and a “deeper operation conducted against” Turkey, which is also coping with its own divisions — between pious Muslims and secular citizens, minority Kurds and the state, and those for and against the polarizing president.

Many economists suggest Turkey’s problems stem primarily from mismanagement on the watch of the president, who for years championed a development boom fueled by low interest rates and the amassing of high foreign currency debt. There are also doubts about the independence of Turkey’s central bank from Erdogan to raise interest rates and support the currency. Erdogan also unnerved investors when he appointed his son-in-law as finance minister in his new Cabinet after he was elected president in June.

All of this has unnerved the international investors who had helped fuel Turkey’s economy and are now pulling their money out. Their rush for the exit is worsening the currency’s drop, which is likely to lead to bankruptcies in Turkey as banks and companies with loans in foreign currencies go bust. That reinforces market fears in a self-feeding, vicious cycle.

“The situation in Turkey is likely to get worse before it gets better,” said Nicholas Brooks, head of economic and investment research at Intermediate Capital Group, a London-based asset manager. “The fundamental problem in Turkey has been the build-up of unsustainable economic imbalances.”

If the situation does not get better, Turkey may require a rescue from the International Monetary Fund, but analysts say that Erdogan is unlikely to go for that as it could undermine his carefully constructed image of a strong leader who is leading the country to prosperity. Also, the U.S. is the biggest stakeholder in the IMF, making it even harder for Erdogan to accept the help of a country he has branded as the enemy.

If the market rout continues, Erdogan may have few options but to limit money flows out of the country, a draconian step that can keep the economy from going bust but can pinch its growth for years.

Erdogan has so far rejected such analyses, saying the United States is the main culprit.

Washington had added to the pressure by imposing financial sanctions on two Turkish ministers and doubling steel and aluminum tariffs on Turkey, as President Donald Trump tries to secure the release Andrew Brunson, an American pastor being tried in Turkey on espionage and terrorism-related charges. Brunson and the United States say the allegations against the pastor, detained during mass arrests and purges after the 2016 attempted coup, are fabricated.

Jeffrey Hovenier, the top U.S. diplomat in Turkey, visited Brunson on Tuesday and said afterward that the cases against the pastor, who is under house arrest, and others held in Turkey should be resolved fairly and promptly. Meanwhile, Turkey’s state-run media said the lawyer representing the pastor appealed to a court to lift a travel ban imposed on Brunson.

The pastor faces a prison sentence of up to 35 years if convicted; Erdogan has linked his detention to Turkish demands for the extradition of Fethullah Gulen, a Muslim cleric in the United States who denies Turkish allegations that he engineered the attempted coup.

Erdogan has shown a pragmatic side in overcoming bitter disputes in the past, including with Israel and Russia. He has often fired up supporters with harsh criticism of the European Union, but his government continues to engage the EU even though its old bid to join the group stalled years ago.

On Tuesday, the rhetoric dominated. Amid a currency crisis being watched around the world, Erdogan declared that Turkey will become “the shining star of the region and the world.”