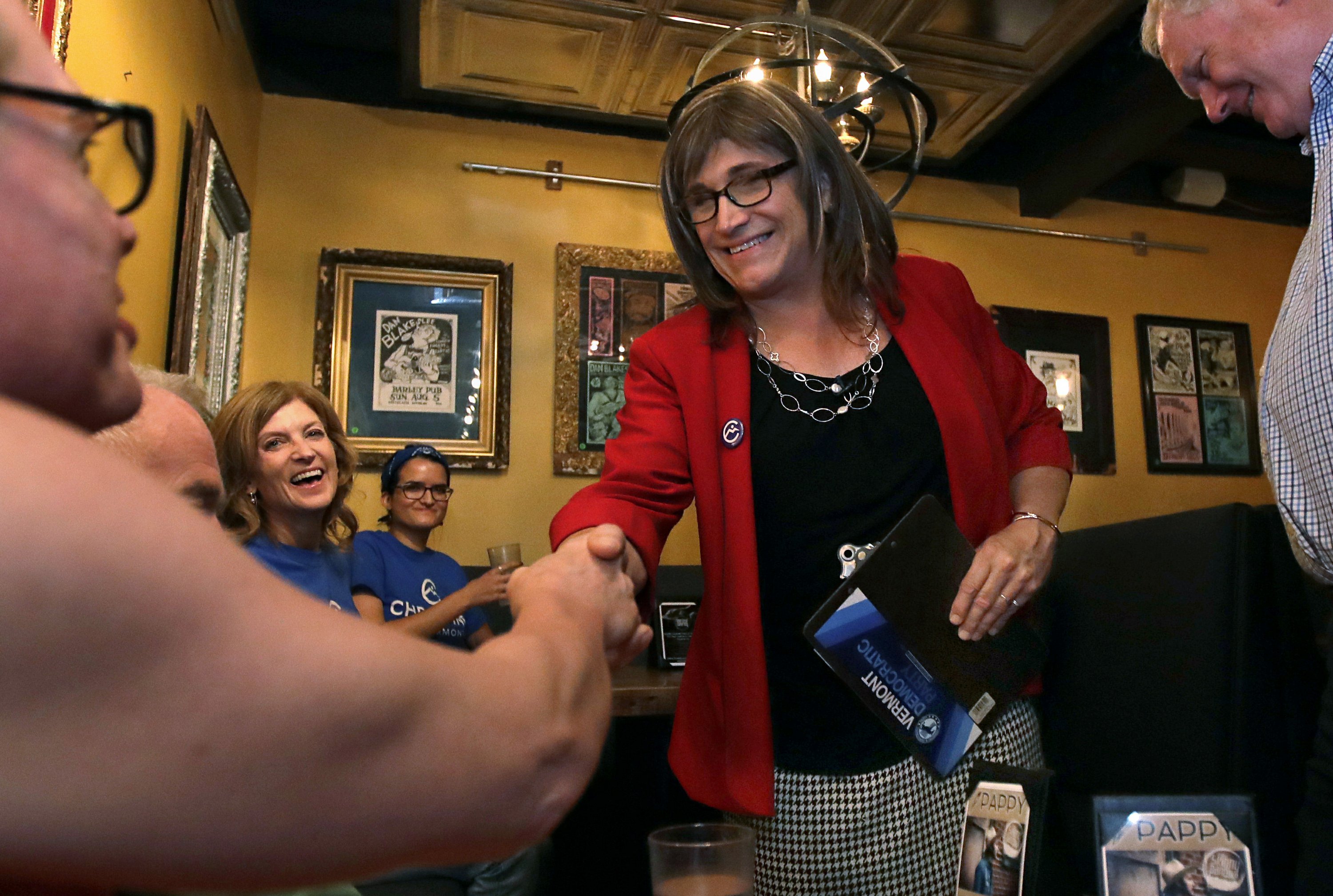 MONTPELIER, Vt. — A former Vermont utility executive on Tuesday became the first transgender candidate to be nominated for governor, and she’ll face the Republican incumbent, who survived a bitter backlash from his base over gun restrictions he supported.

GOP Gov. Phil Scott defeated a challenge from Springfield businessman Keith Stern in his quest to win a second term. He will face Christine Hallquist, who won the Democratic primary to run for the state’s highest office in November, when she would become the nation’s first transgender governor if elected.

Scott said he expected the race to be closer than it was.

“I know there are some who are still upset with me who may not welcome tonight’s result but there’s so much more that unites us than sets us apart,” Scott said. “And no one agrees with their friends all the time, but as our success shows we can make a lot of good progress when we have clear priorities and we pull in the same direction.”

Hallquist said her campaign would focus on improving the state’s economy, yet she acknowledged the symbolism of being an openly transgender candidate.

“The whole world is looking at this as a historic moment for a transgender candidate, but that’s not what Vermont looked at,” Hallquist said. “Vermonters looked at, ‘What’s Christine and her team going to do for Vermont?'”

“Look to Vermont,” she said. “We continue to demonstrate leadership in civil rights and how to honor and work with each other. We can be a beacon for the rest of the world.”

Scott, first elected in 2016, faced a rebellion from his base due to his support for a series of gun restrictions that, while mild by national standards, angered many members of Vermont’s avid hunting community. The restrictions, which Scott signed into law in April, came after the arrest of a teenager on charges he was plotting a school shooting.

They included raising the age to buy firearms from 18 to 21, restricting the size of gun magazines and requiring background checks for most private gun sales.

Scott will seek re-election in November by continuing his pledge to make the state more affordable, not raise taxes or fees, foster a better environment for businesses and attract newcomers to the state.

Democratic state Sen. John Rodgers, from Vermont’s remote and conservative Northeast Kingdom, failed in his bid for a grassroots write-in campaign, largely motivated by his displeasure with firearms restrictions.