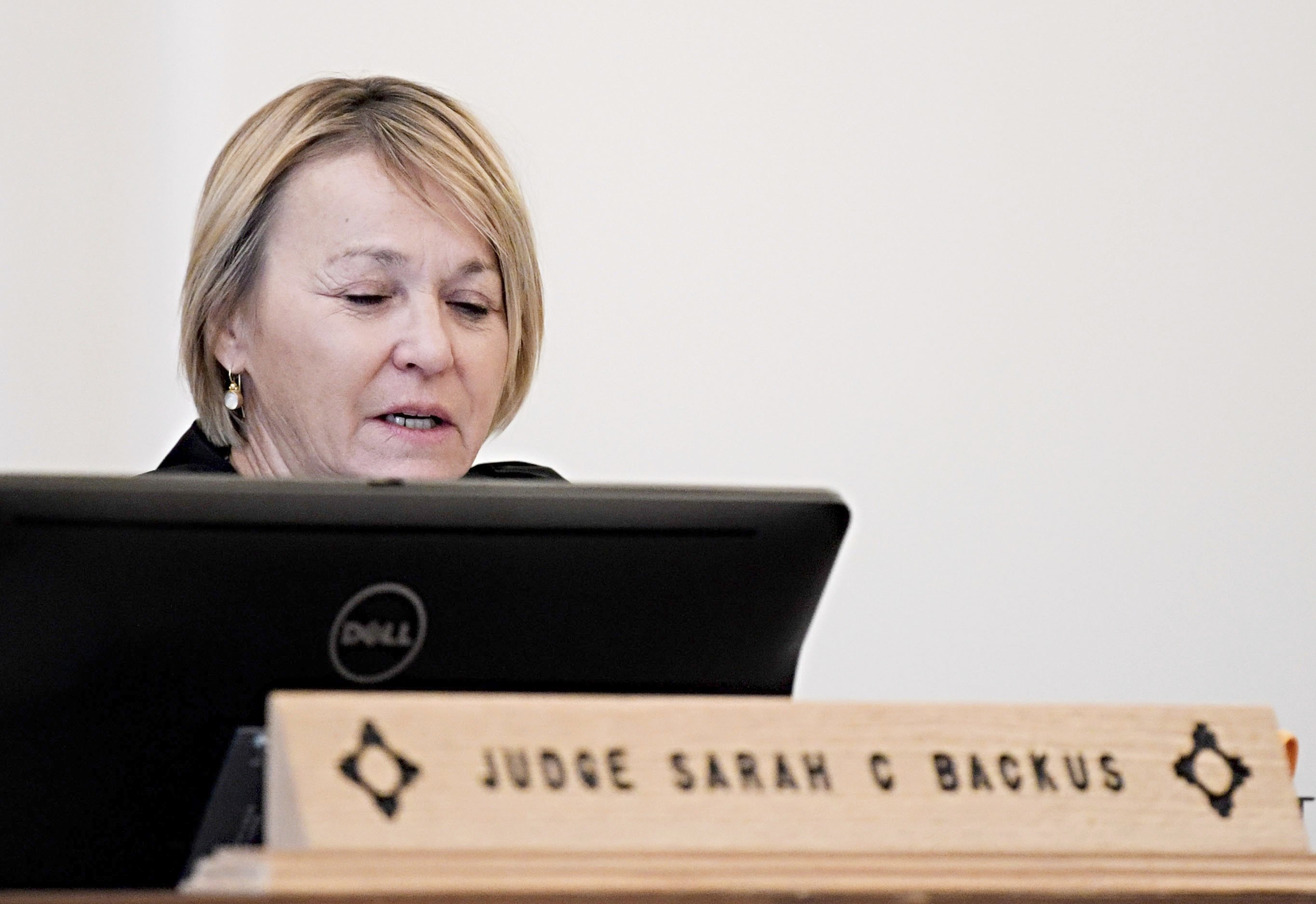 TAOS, N.M. — Three people accused of child abuse at a ramshackle desert compound were awaiting release Wednesday in New Mexico, where security was boosted at a courthouse amid threats against the judge who cleared the way for the defendants to leave jail.

The offices reopened Wednesday while the threats were being investigated.

The decision to release three of the five extended family members being held in the case came despite assertions by prosecutors that the group was training children to use firearms for an anti-government mission and should remain in jail pending trial.

In her written ruling, Backus said she was bound by an “extremely high standard of proof” and that prosecutors failed to present clear and convincing evidence regarding dangers the defendants might pose to the community.

“From this meager evidence the court is requested by the state to surmise that these people are dangerous terrorists with a plot against the country or institutions. The court may not surmise, guess or assume,” she wrote.

Prosecutors and defense attorneys referenced the group’s Muslim faith during the hearing, but Backus wrote in her order that the court does not take into consideration faith when determining dangerousness.

In all, 11 children were taken into custody at the squalid dwelling near the Colorado border during an Aug. 3 raid by authorities who returned three days later and recovered the body of a small boy.

Medical examiners have yet to determine conclusively whether the body found at the site outside Amalia was that of Abdul-ghani — the severely disabled missing son of compound resident Siraj Ibn Wahhaj. Other relatives have said or told authorities that the remains are those of Abdul-ghani.

Wahhaj will remain in jail pending a warrant for his arrest issued in Georgia involving accusations that he abducted his son from the boy’s mother in December and fled to New Mexico.

Another defendant, Jany Leveille, was transferred to the custody of federal immigration authorities, Taos County Sheriff Jerry Hogrefe announced. The 35-year-old native of Haiti is the mother of six children taken into state custody during the compound raid.

Defense attorneys say volunteers have come forward to provide a suitable place for them to live as legal proceedings move forward.

Backus set bail at $20,000 with no up-front deposit — just a threat of a fine if defendants break condition of their release.

Backus, an elected Democrat, said her decision to grant release to house arrest — with conditions such as wearing ankle monitors — was tied to recent reforms of the state’s pre-trial detention system that set a high bar for incriminating evidence needed to hold suspects without bail.

Prosecutors presented evidence that Siraj Ibn Wahhaj provided some of the children with firearms training, including tactical skills such as speed-loading guns and firing while in motion.

Along with rifles, handguns and ammunition, authorities say they found books on being effective in combat and building untraceable assault-style rifles.

Backus also had pressed for evidence to support allegations that the children were starving at the compound but wrote that prosecutors did not present any records during Monday’s hearing that addressed the children’s conditions or the lack of medical or other care.

Prosecutors said one of the family members had reached out to a relative to send the group food or money, and the sheriff testified that authorities found remnants of food in what he described as filthy and disgusting living conditions at the compound.