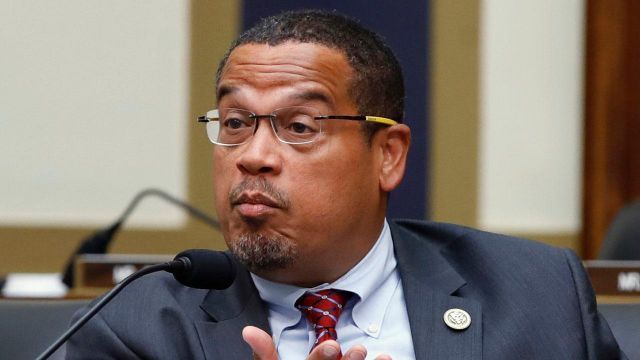 Tuesday’s primary elections, in which Rep. Keith Ellison, D-Minn., won his party’s nomination for Minnesota attorney general, revealed that Democrats are willing to vote for a candidate who is alleged to have abused his ex-girlfriend.

Ellison is accused by his ex-girlfriend Karen Monahan and her 25-year-old son Austin Monahan of dragging her off a bed and screaming profanities at her. Austin said in a Facebook post Saturday that he found a two-minute video of the incident on his mother’s computer in 2017. Austin also claims to have access to hundreds of text messages that expose Ellison verbally and mentally abusing Karen. Austin has not released any evidence to support his claims.

Ellison denied the allegations on Sunday and said no video exists because the incident did not happen.

“Karen and I were in a long-term relationship which ended in 2016, and I still care deeply for her well-being,” Ellison said in written statement. “This video does not exist because I never behaved in this way, and any characterization otherwise is false.”

Karen says the video exists but refuses to release it. “It’s humiliating, it’s traumatizing, for everyone’s family involved, and for me,” she told MPR News on Monday.

Although she has not released the video, she did share text and Twitter messages between her and Ellison with MPR News, including a December 2017 text message Karen wrote, stating, “We never discussed — the video I have of you trying to drag me off the bed.” Ellison never responded to her text.

Karen, who works as an organizer for the Sierra Club, reportedly tagged Ellison in several social media posts about the #MeToo movement in recent weeks. She also praised her son for being “brave and courageous” for coming forward on her behalf.

“He knew I was ready to share my story,” she told MPR News. “I told them to brace themselves because I would be smeared. I took down my Facebook about two days ago, because I didn’t want them seeing nasty messages sent to me.”

The Sierra Club in Minnesota also came out in support of Karen, releasing a statement that reads in part, “We are deeply troubled and disturbed by our colleague Karen Monahan’s descriptions of abuse by Keith Ellison. Everyone should have high expectations for those in office — and everywhere — to live and work with integrity, respect, and accountability.”

The allegations against Ellison came to light Saturday, three days before the Tuesday primary election. But Democrats appear not to have considered the accusations because they overwhelmingly voted for the six-term congressman to be the party’s nominee for Minnesota attorney general. Ellison defeated four challengers with about half of the Democratic vote.

Ellison is also the deputy chair of the DNC, which told NPR on Tuesday, “These allegations recently came to light and we are reviewing them. All allegations of domestic abuse are disturbing and should be taken seriously.”

Unless the DNC pressures him to withdraw, Ellison will face the Republican nominee, former state representative Doug Wardlow in the general election in November.