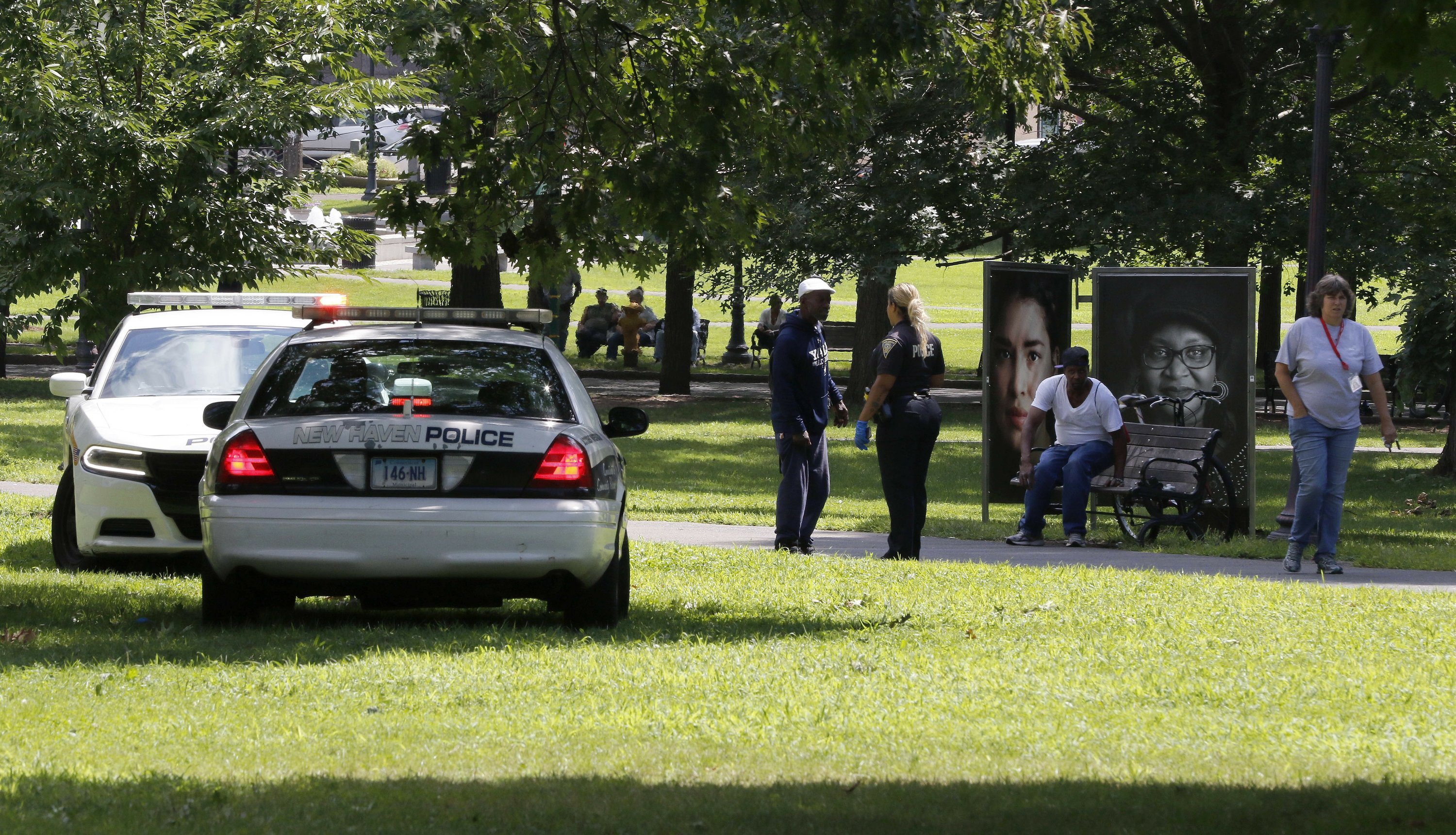 NEW HAVEN, Conn. — People are saying 46 people overdosed Wednesday from a suspected bad batch of “K2” synthetic marijuana at or near a city park in Connecticut. No deaths were reported, but officials said two people had life-threatening symptoms.

Most of the overdoses were on the New Haven Green, a popular, historic downtown park that borders part of Yale University, and officials said they expected the overdose total to increase. Police said they arrested a man believed to be connected to at least some of the overdoses.

“Do not come down to the Green and purchase this K2,” New Haven Police Chief Anthony Campbell told WVIT-TV. “It is taking people out very quickly, people having respiratory failure. Don’t put your life in harm.”

Paramedics and police officers were stationed at the park all day as more people fell ill. Some became unconscious and others vomited, authorities said. Emergency responders rushed to one victim as officials were giving a news conference nearby late Wednesday morning.

Police did not immediately release the name of the man who was arrested, saying they were waiting for victims to positively identify him.

Synthetic marijuana, which generally is plant material sprayed with chemicals that mimic the high from real marijuana, has been blamed for overdoses across the country.

Officials said the blood of Wednesday’s victims was being tested to see what exactly they ingested. Fontana said a widely used anti-opioid-overdose drug given to some victims at the park did not seem to be effective, but the same drug did help some patients recover when given in higher doses at hospitals.