Phantom of the Courthouse: Manafort trial is Trump-free zone 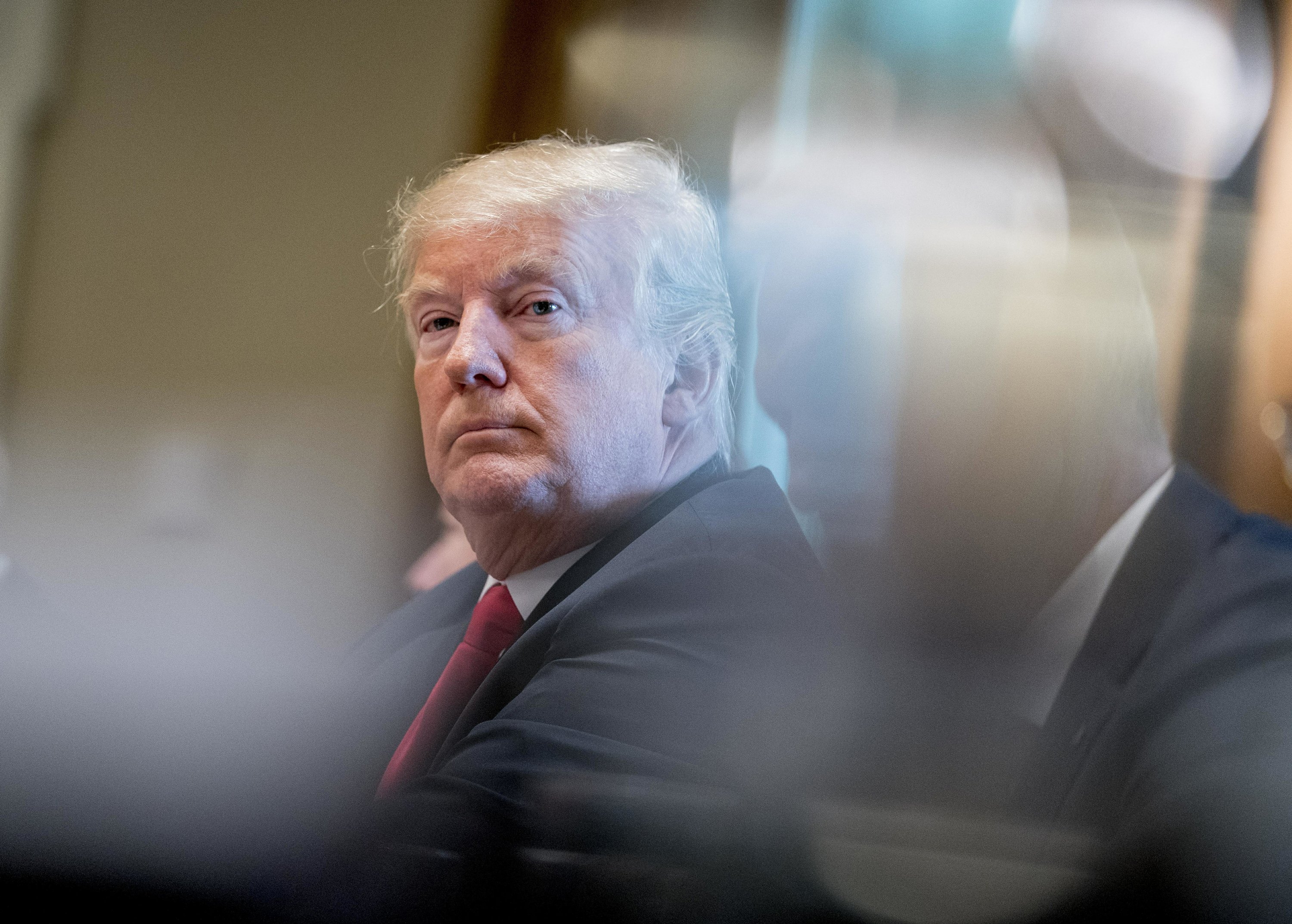 His name has rarely been uttered during the two-week trial of his former campaign chairman, Paul Manafort. References to his campaign and administration have slipped in only through carefully scrubbed exchanges. The Trump name has been so studiously avoided that when the trial judge said “Mr. Trump” during a morning hearing Thursday, courtroom spectators jumped.

This is the first major courtroom test of special counsel Robert Mueller’s investigation into Russian contacts with the Trump campaign. But the president’s absence is strictly intentional. All sides have feared that too much Trump could prejudice the jury somehow — and they don’t know which way — in a case that has little to do with the most polarizing figure in American politics.

Mueller’s team, Manafort’s attorneys and U.S. District Judge T. S. Ellis III all took actions — either before trial or during proceedings in the historic Alexandria courthouse — to erase almost all mentions of the president.

“There is a very real risk that the jurors in this case — most of whom likely have strong views about President Trump, or have likely formed strong opinions as to the well-publicized allegations that the campaign colluded with Russian officials — will be unable to separate their opinions and beliefs about those matters from the tax and bank fraud matters to be tried before them in this case,” Manafort’s lawyers said in a June filing.

Trump’s absence from the trial also has much to do with how the special counsel’s team has built its case and the way Manafort’s lawyers responded.

The prosecution’s massive cache of Manafort-related emails and financial documents — and the witnesses that prosecutors put on —were largely designed to establish a narrative that Manafort’s crimes were of his own making and committed long before he took over Trump’s campaign in April 2016.

In any case, the trial does not involve allegations of Russian election interference or possible coordination with the Trump campaign. But the president has been watching it closely as he seeks to publicly undermine Mueller’s probe. In recent weeks, Trump has blasted out tweets minimizing Manafort’s campaign role and comparing him — sympathetically — with mobster Al Capone.

Manafort’s attorneys, too, have mostly steered clear of Trump references, preferring to go after the prosecution’s star witness, Rick Gates — who also worked for Trump — and chip away at the government’s hundreds of emails, tax documents and financial records.

The trial’s Trump sensitivity held to the end. In closing arguments, defense attorney Richard Westling listed all of the Republican presidents and national candidates that Manafort had advised to show his bona fides as a “highly regarded political consultant.”

They included “Trump” but said no more about him.

So it was no surprise Thursday morning when courtroom spectators waiting for Ellis to send jurors to deliberate on Manafort’s fate suddenly looked up, startled.

Ellis had addressed a well-coiffed man in a dark suit sitting in a back row about a routine criminal case.

For a moment, as spectators swiveled around, Assistant U.S. Attorney Jim Trump, no relation, had the courtroom’s rapt attention.

Then, grinning, he answered the judge’s question.

President Trump’s role — or lack thereof — in the case has been an issue from the outset.

In a filing last June, the defense had submitted a formal motion asking Ellis to prohibit any evidence concerning “Manafort’s or the Trump campaign’s alleged collusion with the Russian government.” Prosecutors agreed to limit their references to the Trump campaign but said they wanted to make reference to it during testimony concerning Manafort’s bank fraud charges.

“We’ll try to do it in a discreet way, but it’s hard to take out those facts, if not impossible,” prosecutor Greg Andres said during a later hearing. Ellis agreed to restrict references to Trump, but gave prosecutors leeway to carefully use them in the bank fraud evidence.

At trial, prosecutors flashed an image on courtroom wall screens of a note between Manafort and Gates documenting a 2013 meeting and a request to leave a group of tickets “for Trump.”

The reference was never explained in testimony.

Defense lawyers also ventured into Trump territory as they tried to sting at prosecution witness Gates. Lawyer Kevin Downing asked whether Mueller’s investigators had interviewed Gates about his role in the Trump campaign.

That prompted an immediate objection from prosecutors and a sidebar conference with Ellis.