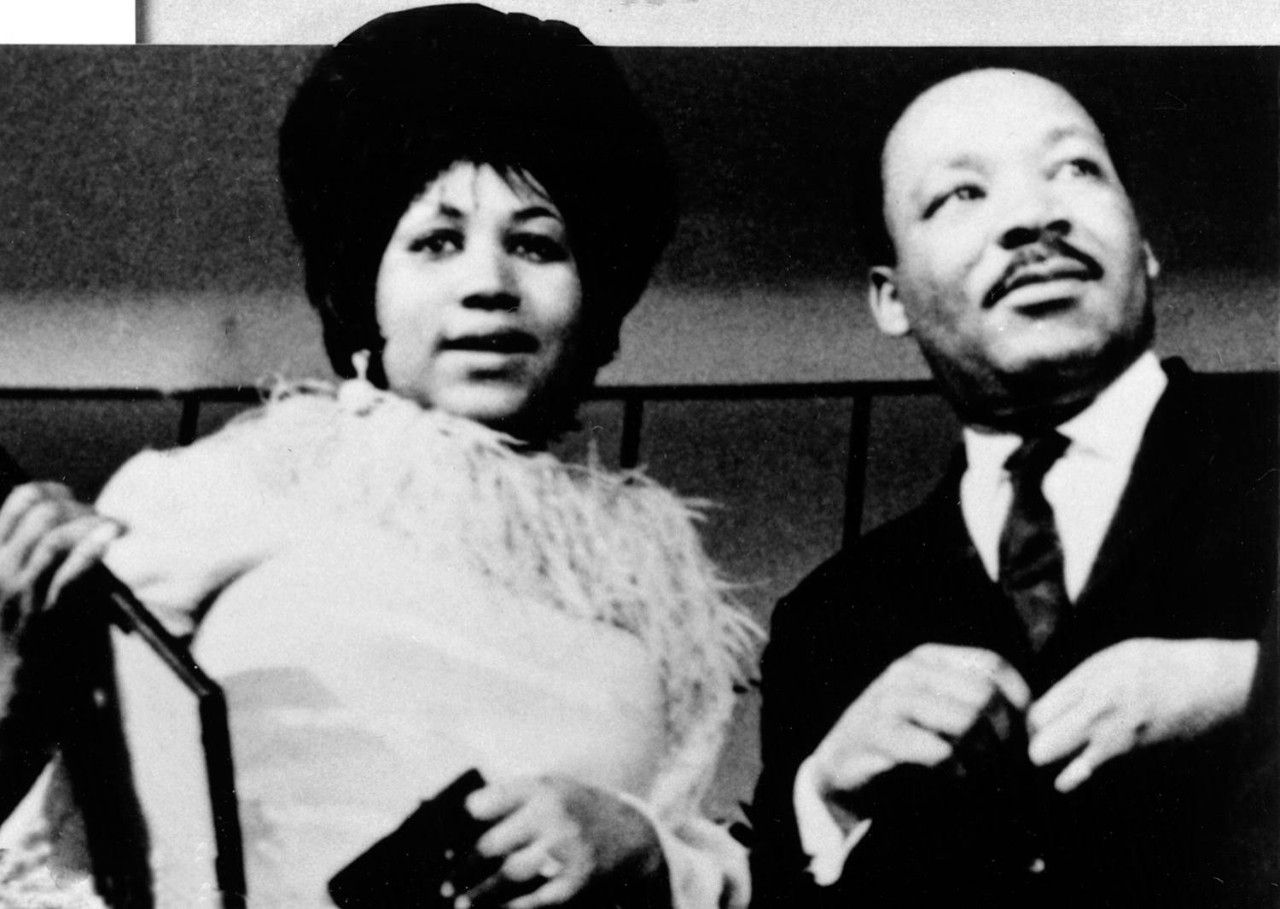 Aretha Franklin, who was born and rose to fame during the segregation era and went on to sing at the inauguration of the first black president, often used her talent, fortune and platform to inspire millions of black Americans and support the fight for racial equality.

“The earth lost a lot of music when she went home today, but the heavens rejoice. Heaven has a new lead singer for the gospel choir,” said the Rev. Jesse Jackson, a longtime friend who visited her the day before her death. “She gave so much to so many people, from Dr. King, to Mandela, to Barack Obama.”

Franklin, who died Thursday at 76, was a close confidante of the Rev. Martin Luther King Jr. and a financial lifeline to the civil rights organization he co-founded, the Southern Christian Leadership Conference. The Queen of Soul’s commitment to civil rights was instilled by her father, the Rev. C.L. Franklin, who also knew King and preached social justice from his pulpit at New Bethel Baptist Church in Detroit.

The church, in fact, was the first place King gave his “I Have a Dream” speech in 1963. Among those in the congregation were Aretha Franklin and Mahalia Jackson. It was Jackson who later urged the civil rights leader to “tell them about the dream, Martin” at the March on Washington, where he delivered the oration for which he is most famous.

But blacks were still a year away from the Fair Housing Act. And just months after the song was recorded, urban centers, including Franklin’s hometown of Detroit, would burn, exposing police brutality and unequal living conditions and job opportunities.

“Her songs were songs of the movement,” Andrew Young, the former King lieutenant and U.N. ambassador, said Thursday. “R-E-S-P-E-C-T. … That’s basically what we wanted. The movement was about respect.”

The SCLC often struggled financially, but Franklin played an important roles in keeping the movement afloat.

“Almost every time we needed money, there were two people we could always count on: Aretha Franklin and Harry Belafonte,” Young said. “They would get together and have a concert, and that would put us back on our feet.”

King and Franklin were like spiritual siblings, sharing a bond rooted in their Christian faith, Young said. King would often ask Franklin to sing his favorite songs, “Amazing Grace” or “Precious Lord, Take My Hand.” When King was assassinated in 1968, Franklin sang “Precious Lord” at his funeral in Atlanta.

Franklin’s “Amazing Grace” was also a comfort to the Rev. Al Sharpton when he was a boy. He recalled that his mother would play the song nonstop in their Brooklyn home after his father left.

As an adult and an activist, Sharpton became friends with the soul singer. He noted her unwavering faith, which she brought with her on stage to every performance.

“Whether it was the White House, Radio City Music Hall or the Apollo Theater, she always did gospel numbers,” Sharpton said. “She was unapologetically a hardcore, faith-believing Baptist. At the height of her career, she cut a gospel album. Who does that? Her faith is what motivated her.”

Long after the civil rights movement ended, Franklin remained committed to social justice, helping Sharpton as he began his organization, the National Action Network, in New York. She would call Sharpton for updates on the emerging Black Lives Matter movement, asking about such cases as those of Trayvon Martin and Eric Garner.

Her presence and influence were as valuable to the movement as her financial contributions, Sharpton said, pointing out that Franklin was an icon in the black community long before Barack Obama was elected president.

“To have someone like that that involved and interested … was a statement,” Sharpton said. “It gave all the credibility in the world. Others had celebrity, but she had gravity and respect.”