Rescue work goes on in Italy after deadly bridge collapse 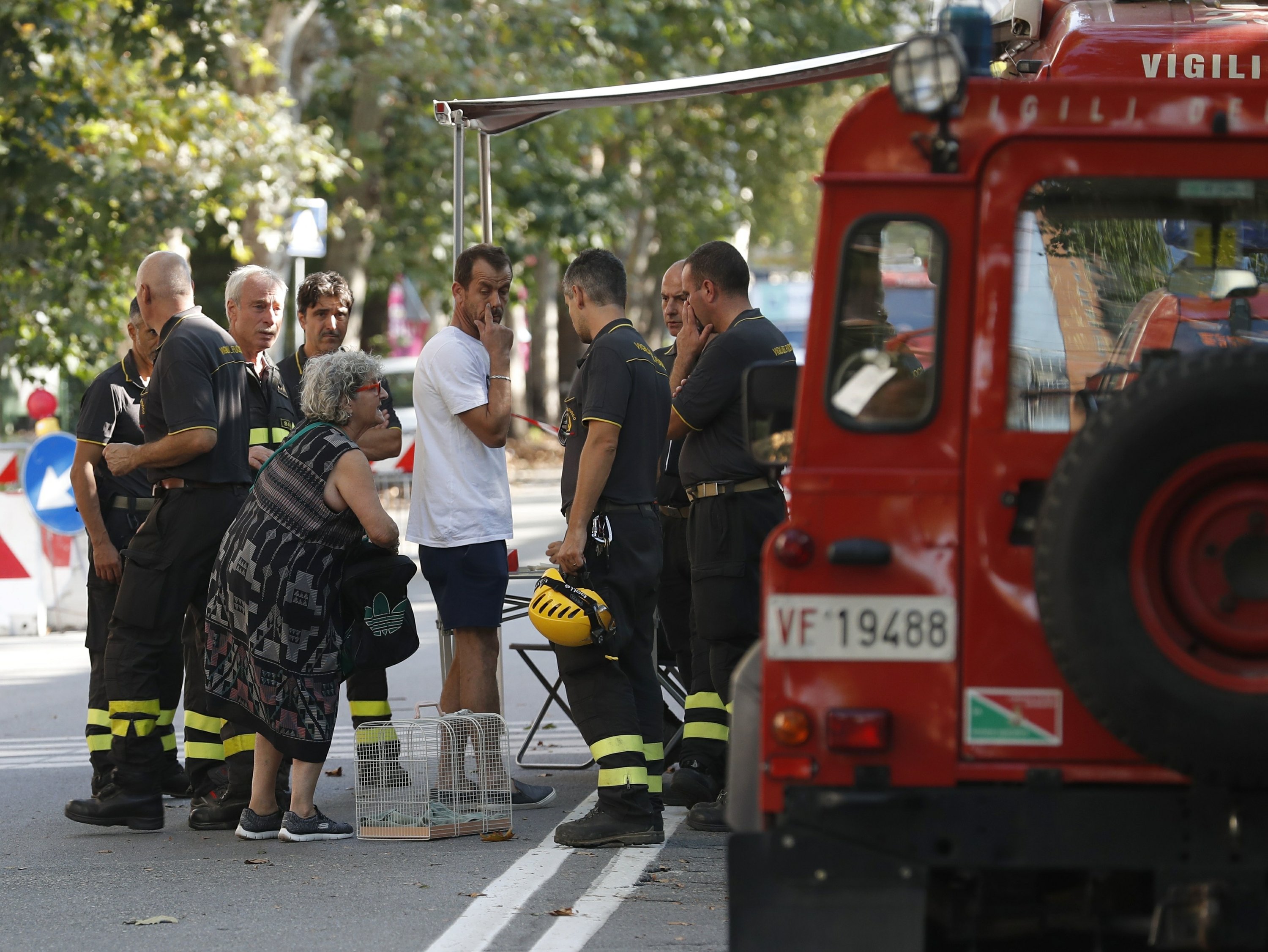 GENOA, Italy — The death toll from the collapse of a highway bridge in the Italian city of Genoa that is already confirmed to have claimed 39 lives will certainly rise, a senior official said Thursday.

Interior Minister Matteo Salvini told reporters: “Unfortunately, the toll will increase, that’s inevitable.” as searchers continued to comb through tons of jagged steel, concrete and dozens of vehicles that plunged as much as 45 meters (150 feet) into a dry river bed on Tuesday, the eve of Italy’s main summer holiday.

Salvini declined to cite a number of the missing, saying that would be “supposition,” but separately Genoa Chief Prosecutor Francesco Cozzi told reporters there could be between 10 and 20 people still buried under the rubble.

“The search and rescue operations will continue until we find all those people that are listed as missing,” Sonia Noci, a spokeswoman for Genoa firefighters, told The Associated Press.

Italy is planning a state funeral for the dead in the port city Saturday, which will be marked as a day of national mourning. The service will be held in a pavilion on the industrial city’s fair grounds and led by Genoa’s archbishop, Cardinal Angelo Bagnasco.

Italian President Sergio Mattarella has said the collapse is an “absurd” catastrophe that has stricken the entire nation.

At least six of the dead are foreigners — four French citizens and two Albanians.

Authorities say they don’t know how many vehicles were on the bridge when it collapsed in a violent rain storm.

Cozzi has said the investigation of the cause is focusing on possible inadequate maintenance of the 1967 Morandi Bridge or possible design flaws.

The bridge links two heavily traveled highways, one leading to France, the other to Milan.

A 20 million-euro ($22.7 million) project to upgrade the bridge’s safety had already been approved, with public bids to be submitted by September. According to business daily Il Sole, improvement work would have involved two weight-bearing columns that support the bridge — including one that collapsed Tuesday.

The bridge, considered innovative when it opened in 1967 for its use of concrete around its cables, was long due for an upgrade, especially since it carried more traffic than its designers had envisioned. Some architects have said the choice of encasing its cables in reinforced concrete was risky since it’s harder to detect corrosion of the metal cables inside.

Frances D’Emilio reported from Rome. Colleen Barry in Milan contributed to this report.