The Latest: Brennan says Trump is trying to silence critics 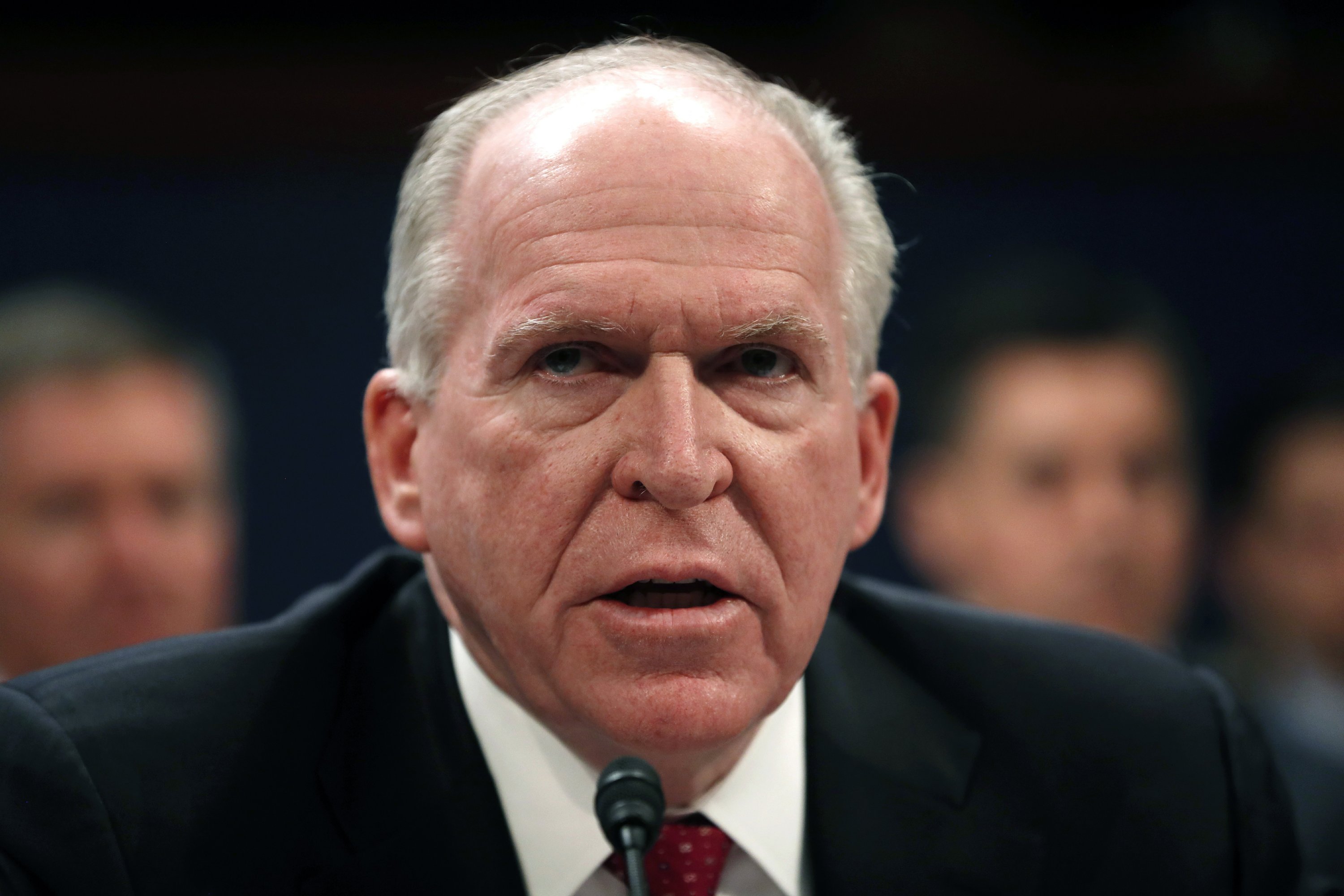 Former CIA Director John Brennan says he believes President Donald Trump’s campaign colluded with the Russians and that the president revoked his security clearance to “silence others who might dare to challenge him.”

In an opinion piece published in The New York Times on Thursday, Brennan cited press reports as evidence that Trump’s claims of no collusion were “hogwash.” He said the only question now is whether the collusion that took place “constituted criminally liable conspiracy.”

Brennan wrote: “Trump clearly has become more desperate to protect himself and those close to him, which is why he made the politically motivated decision to revoke my security clearance in an attempt to scare into silence others who might dare to challenge him.”

President Donald Trump is linking his decision to revoke the security clearance of former CIA Director John Brennan to the special counsel’s investigation into Russia election meddling and possible ties to the Trump campaign.

In an interview with The Wall Street Journal, Trump pointed to Brennan as one of the people he believes is responsible for special counsel Robert Muller’s investigation.

The newspaper reports that Trump called the investigation a “rigged witch hunt … a sham” and went on to declare, “And these people led it.” He added, “So I think it’s something that had to be done.”

Trump has ordered a review for nine others who have security clearances. He told the Journal he doesn’t trust “many of those people on that list” and thinks they aren’t “good people.”