Chile: Man angry over suitcase behind wave of bomb threats 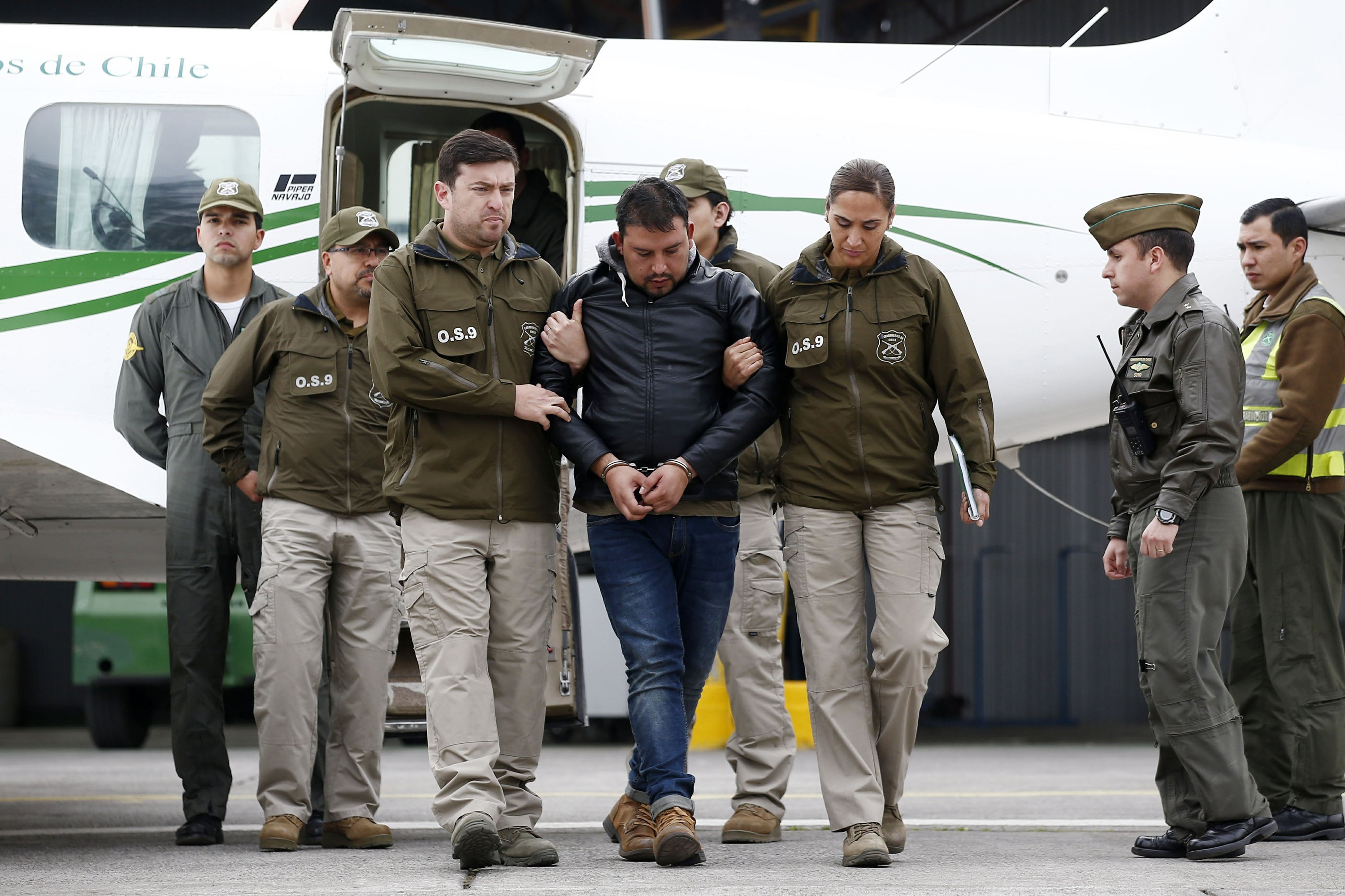 SANTIAGO, Chile — A Chilean man angry over an airline not returning his suitcase made false bomb threats that caused up to 11 commercial flights to take emergency measures in Chile, Argentina and Peru, authorities charged Friday.

Police said they arrested Franco Sepulveda Robles, 29, in the northern Chilean city of Antofagasta after investigators linked his cellphone to the wave of threats that disrupted flights Thursday. He was brought to the capital of Santiago to begin legal proceedings and was banned from getting close to any airport.

Interior Minister Andres Chadwick said Sepulveda could be charged with security law infringement, which carries a penalty of up to five years in prison.

Attorney Ignacio Moya, who is representing the suspect, said his client denies making the threatening calls.

Police chief Diego Rojas said preliminary investigations indicated “that this person had planned a flight that left behind his suitcase. They did not return it to him, and since he was annoyed with the (airline) companies and with the entire air traffic control system, it seems like he made these calls.”

Several airliners were forced to make emergency landings or turn back to their original airports in Chile and Peru. Other planes had already reached their destination or had not yet taken off.

A LATAM Airlines plane flying from Peru’s capital of Lima to Santiago was safely evacuated after making an unscheduled landing in the southern Peruvian city of Pisco. Two flights operated by Chile-based Sky Airlines bound for Rosario, Argentina, and the northern Chilean city of Calama returned to Santiago without incident following phoned-in threats.

Victor Villalobos Collao, director of Chile’s civilian aviation authority, said Thursday night that a total of 11 calls had been received threatening various airline flights. He said two of the supposed flights did not exist but the calls forced “a procedure” to be carried out for the other nine, without specifying what actions were taken. He said no explosives had been found.

The telephoned threats were made to a ticket counter, a LATAM operations center in Colombia and civil aviation authorities. All the flights were operated by LATAM Airlines, Latin America’s largest carrier, and Sky Airlines.

In a related matter, Rojas said another individual was arrested Thursday at Santiago’s international airport after joking that he had an explosive device in his luggage.

“He was arrested immediately,” Rojas said. “It was determined to be a joke — it was a terrible joke — and today he will have to face a constitutional court. His case will be processed and he will be put at the disposal of the courts.”