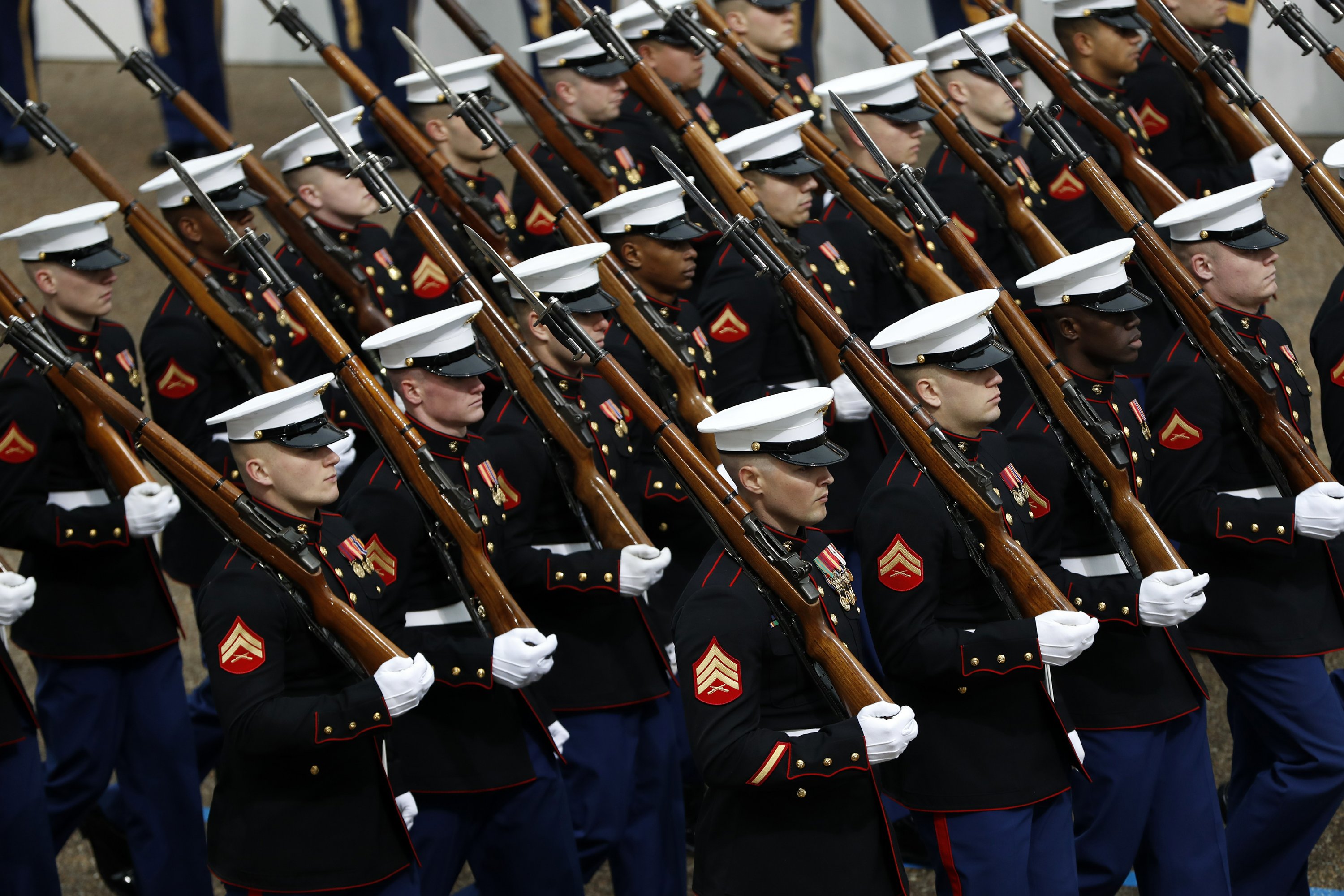 WASHINGTON — President Donald Trump’s lofty vision of big tanks, vintage aircraft and modern fighter jets swooping through the streets of Washington in a show of patriotic force crumbled Friday under the weight of logistics, including a $92 million estimated price tag.

Will it be cheaper next year, as Trump contends? Were government budget crunchers “smoking something” as the Pentagon chief suggested? Are corrupt local officials to blame as Trump alleged?

A look at how Trump’s big idea turned into a big nothing:

MY PARADE IS BIGGER THAN YOUR PARADE?

Trump got the idea of a military parade during a trip to France in July of last year. At the invitation of French President Emmanuel Macron, Trump watched enthusiastically from a reviewing stand as the French military showcased its tanks and fighter jets, including many U.S.-made planes, along the famed Champs-Elysees.

Washington already has quite a few parades, including some with military participation held on Memorial Day and July 4. There was even a 1991 victory parade following the Gulf War complete with 8,000 marching troops, an F-117 Stealth Fighter, some tanks and a Patriot Missile Launcher.

But even that grand display of military hardware from the Gulf War didn’t seem to be what Trump had in mind. He noted that France had represented uniforms and equipment from different wars and that the Bastille Day parade lasted a full two hours. Trump said he envisioned a similar military extravaganza next July 4 down Washington’s famed Pennsylvania Avenue, which connects the White House to Capitol Hill.

Compared to France’s parade, “we’re going to have to try and top it,” he said.

TANKS WERE THE FIRST TO GO

By the following February, Trump ordered the Pentagon to start planning. Critics compared the idea to the kind of muscular military parades common in authoritarian countries like China and North Korea.

“That’s just not our style … You know how powerful you are, you don’t have to pretend,” said retired Air Force Gen. Michael Hayden on CNN on Friday, reiterating a common complaint from ex-military officials since Trump first floated the idea.

By the time planning was underway at the Pentagon, one thing became clear: the tanks had to go.

Old U.S. Army tanks can weigh more than 60 tons. In the 1991 parade, the military put rubber covers on the tank treads but there were still reports of tread marks and damage done to city streets. There also was the cost involved with shipping the mammoth vehicles.

The Pentagon declared in a planning memo: “Wheeled vehicles only, no tanks — consideration must be given to minimize damage to local infrastructure.”

THE PRICE INCREASED, THE DATE SLIPPED

Also in February, Trump’s budget director Mick Mulvaney put the parade cost between $10 million and $30 million. Those were preliminary numbers, he cautioned, and would depend on how long the parade lasts.

The date was another issue. According to a report in The Washington Post, the Pentagon wanted to hold such a parade on Veterans Day in November instead. That way it would coincide with the 100th anniversary of the victorious end of World War I instead of being tied to the more political celebration of the country’s Independence Day.

By Thursday, it became clear that a $30 million parade by November wasn’t going to happen.

U.S. officials told The Associated Press that the cost could reach $92 million, with roughly $50 million needed to cover military aircraft, equipment, personnel and other support. The remainder would cover costs by other government agencies and largely involve security costs. The officials spoke on condition of anonymity to discuss early planning estimates that haven’t been finalized or released publicly.

Later that day, a Pentagon spokesman said the military and the White House “have now agreed to explore opportunities in 2019.”

‘NOW WE CAN BUY SOME MORE JET FIGHTERS!’

Defense Secretary Jim Mattis questioned the $92 million figure on Thursday, telling the AP that whoever leaked the figure to the press was “probably smoking something.”

Then he took a page from Trump’s playbook in criticizing the reporters: “Whoever wrote it needs to get better sources. I’ll just leave it at that.”

But by Friday, Trump acknowledged that the costs would be exorbitant. In a tweet, he blamed local politicians and accused them of price gouging, even though much of the price estimate was believed to come from transporting expensive military equipment and other logistics, including security.

“When asked to give us a price for holding a great celebratory military parade, they wanted a number so ridiculously high that I cancelled it,” the president tweeted.

“Maybe we will do something next year in D.C. when the cost comes WAY DOWN,” he later added. “Now we can buy some more jet fighters!”

The cost of a single fighter jet can vary dramatically, but some models could cost about the same as the $92 million estimate.

And in Washington, the projected costs of anything rarely decline with time.