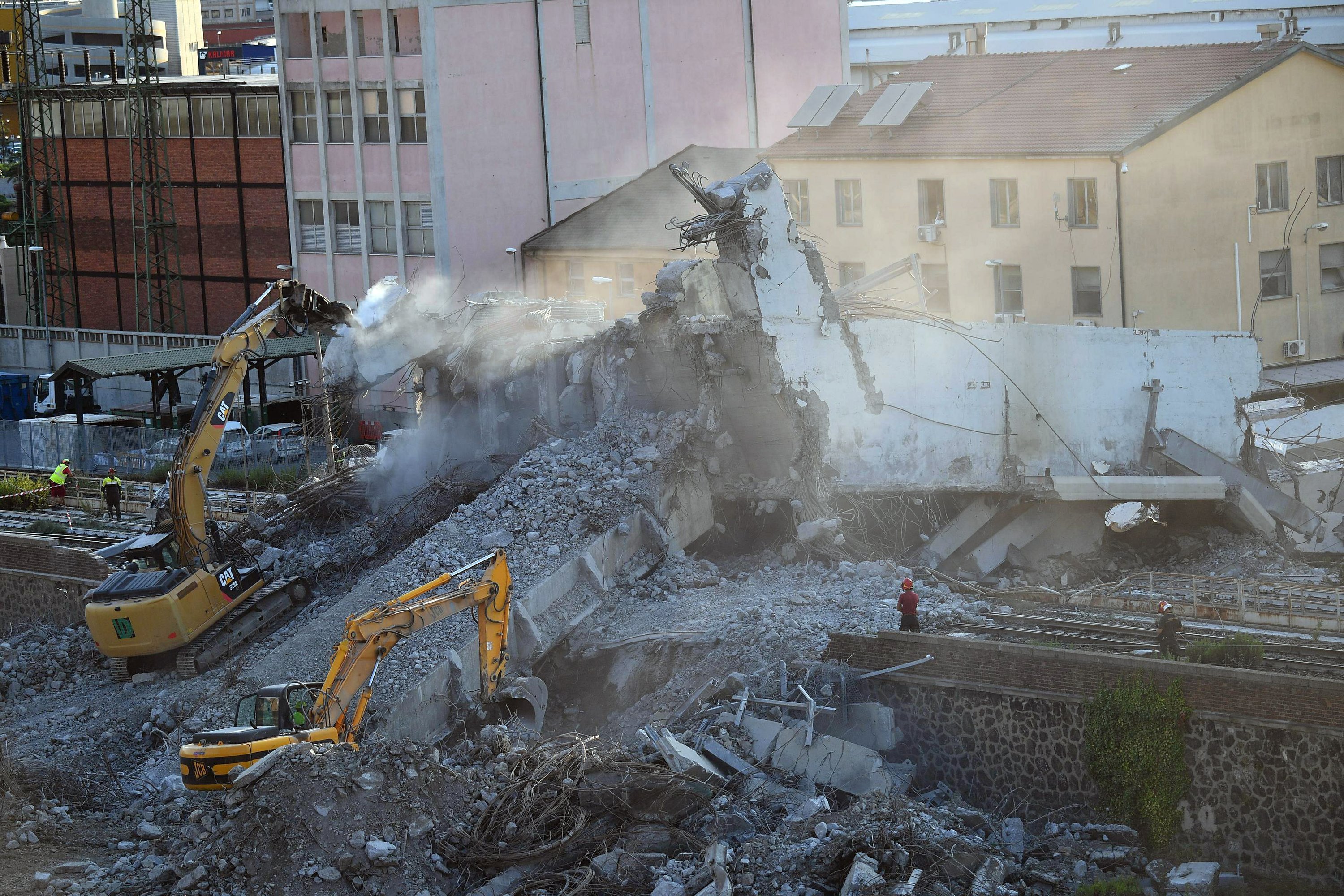 GENOA, Italy — Excavators have begun clearing large sections of the collapsed highway bridge in the Italian city of Genoa in the search for people still missing three days after the deadly accident.

The search entered a new phase Friday as heavy equipment removed a large vertical section, clearing a new area to probe. Rescuers have been tunneling through tons of jagged steel, concrete and crushed vehicles that plunged as many as 45 meters (150 feet) when the bridge suddenly fell during a downpour on Tuesday.

Officials say 38 people are confirmed killed and 15 injured. Prosecutors say 10 to 20 people might be unaccounted-for and the death toll is expected to rise.

The first funerals were being held later Friday, ahead of a state funeral in Genoa on Saturday to be celebrated by Cardinal Angelo Bagnasco.

This story has been corrected to give the confirmed death toll as 38.