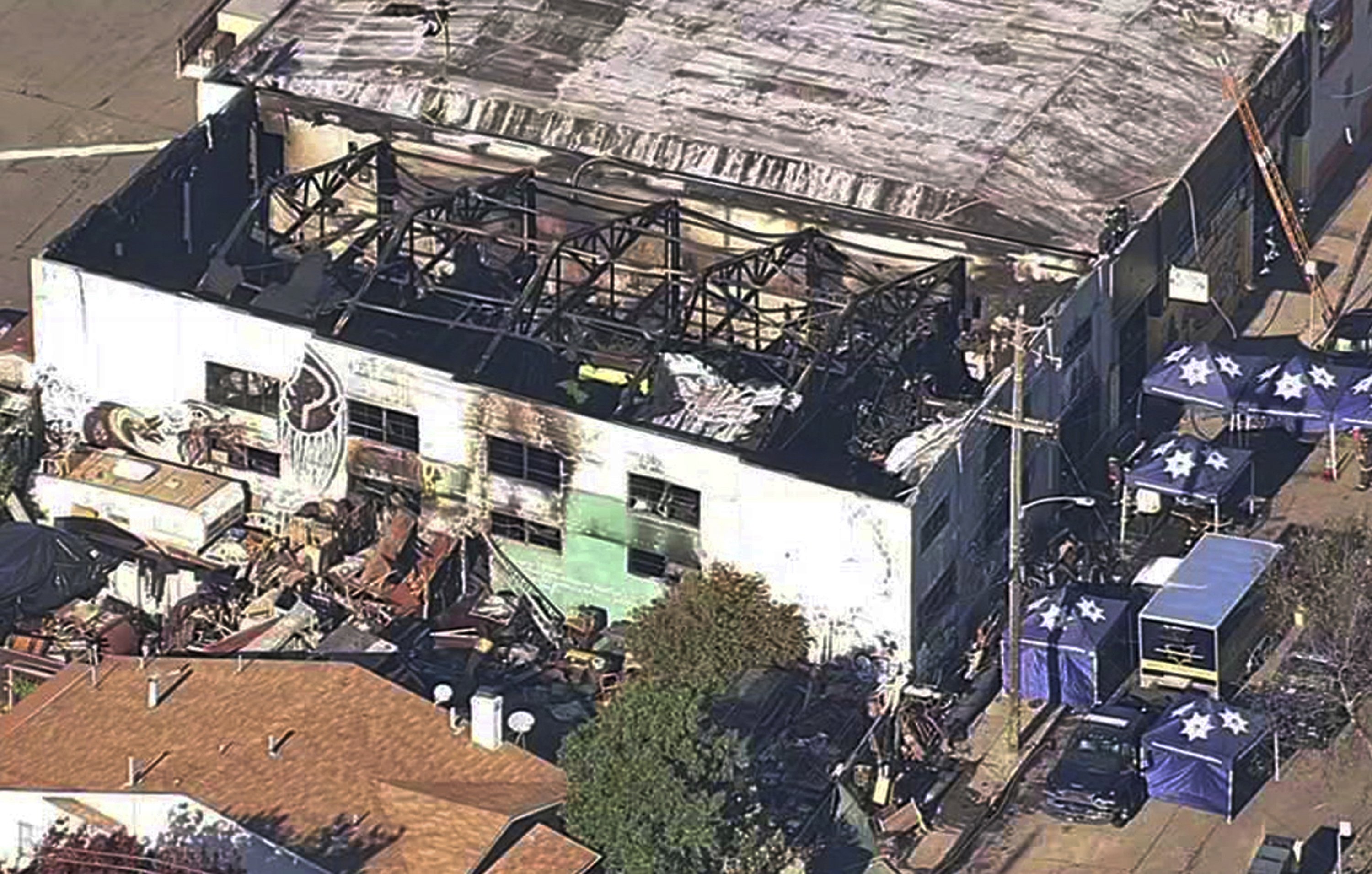 SAN FRANCISCO — A Northern California district attorney has reversed course and says she will no longer consider plea deals to resolve the only criminal case filed in connection to a 2016 warehouse fire that killed 36 people, according to a court document obtained by The Associated Press on Thursday.

Alameda County District Attorney Nancy O’Malley informed the judge presiding over the case that she now wants the two men charged in the case to face trial as soon as possible.

Derick Almena and Max Harris are scheduled to appear in court on Friday for the first time since Judge James Cramer rejected a plea deal negotiated by O’Malley’s office and their attorneys. Each is charged with 36 counts of involuntary manslaughter and face a maximum sentence of life in prison

The negotiated settlement called for Almena to accept a nine-year prison sentence and Harris to receive a six-year term. Both men likely would have been released after serving half their terms with time off for good behavior.

But Cramer last Friday rejected the plea deal after listening to grieving relatives of victims testify for two days about their losses and their unhappiness with the proposed sentences, which they characterized as lenient. Cramer also said Almena failed to adequately express remorse.

O’Malley told the judge in a letter she sent to the court Tuesday that the families’ testimony last week led to her decision to halt settlement negotiations.

Many of the relatives also demanded that the two men stand trial so they could learn more about how and why their loved ones died. Investigators have been unable to determine the cause of the Dec. 2, 2016 fire.

O’Malley said “having heard the words and seen the pain of those profoundly impacted” convinced her that the two should stand trial rather than resolving their cases with a plea deal.

“The grief of the families, the pain and shock of the community by the senseless and tragic deaths of 36 individuals caused by a fire that roared through the warehouse is as strong and deep today as it was in December 2016,” O’Malley wrote. “These lives were lost at the hands of the two defendants.”

Almena rented the Oakland, California warehouse and illegally converted it into an underground live-work space for area artists and an entertainment venue called the Ghost Ship. Almena hired Harris to help manage the facility by collecting rent, booking concerts among other duties.

They are the only people facing criminal charges for the deadliest structure fire since 100 people died in a Rhode Island nightclub fire in 2003.

The proposed deal had been brokered by another judge who accepted the men’s no-contest pleas in July and was expected to uphold the agreement when the pair appeared in court last week for formal sentencing.

But that judge was unavailable and Cramer was assigned to preside over the two-day hearing.

As it ended, Cramer said Almena failed to adequately express remorse and that he would not uphold the plea deal. Cramer cited a letter Almena wrote probation officials where Almena said that he and his family are also victims of the fire.

In a jailhouse interview with KGO-7 on Tuesday, Almena said the judge quoted “out of context” a passage of a 21-page letter.

“If you take anything out of context you can twist it around and make it seem like it was about me,” he said. “This statement was about everything. I have been remorseful on this since the moment this happened.”

Cramer said he believed Harris was truly remorseful and that the “deal is fair.” But since the plea bargain was a package deal, he said he had no choice but to reject Harris’ proposed sentence.

Harris’ attorney, Tyler Smith, said hopes that Cramer will ultimately decide to sentence Harris to six years in prison despite the new objections raised by O’Malley, the district attorney, in her the letter to the judge.

O’Malley told the judge she now opposes the six-year sentence because “victims’ families strongly disagree” with it.

Smith and Almena’s attorney Brian Getz both said they will seek to move the trial to another California county because both men admitted their guilt before the plea deal was rejected, developments widely publicized in the region.

“All of that got reported,” Smith said.

Getz said asking for a change of venue does comes with risks and the trial could be moved to a politically conservative court where the tattooed artists’ appearance and opinions could negatively influence a jury. But Getz said it appears defense attorney have no alternative.

“I don’t think it’s possible for Derick to get a fair trial in Oakland,” Getz said.