The Latest: Mayor says DC isn’t to blame on parade 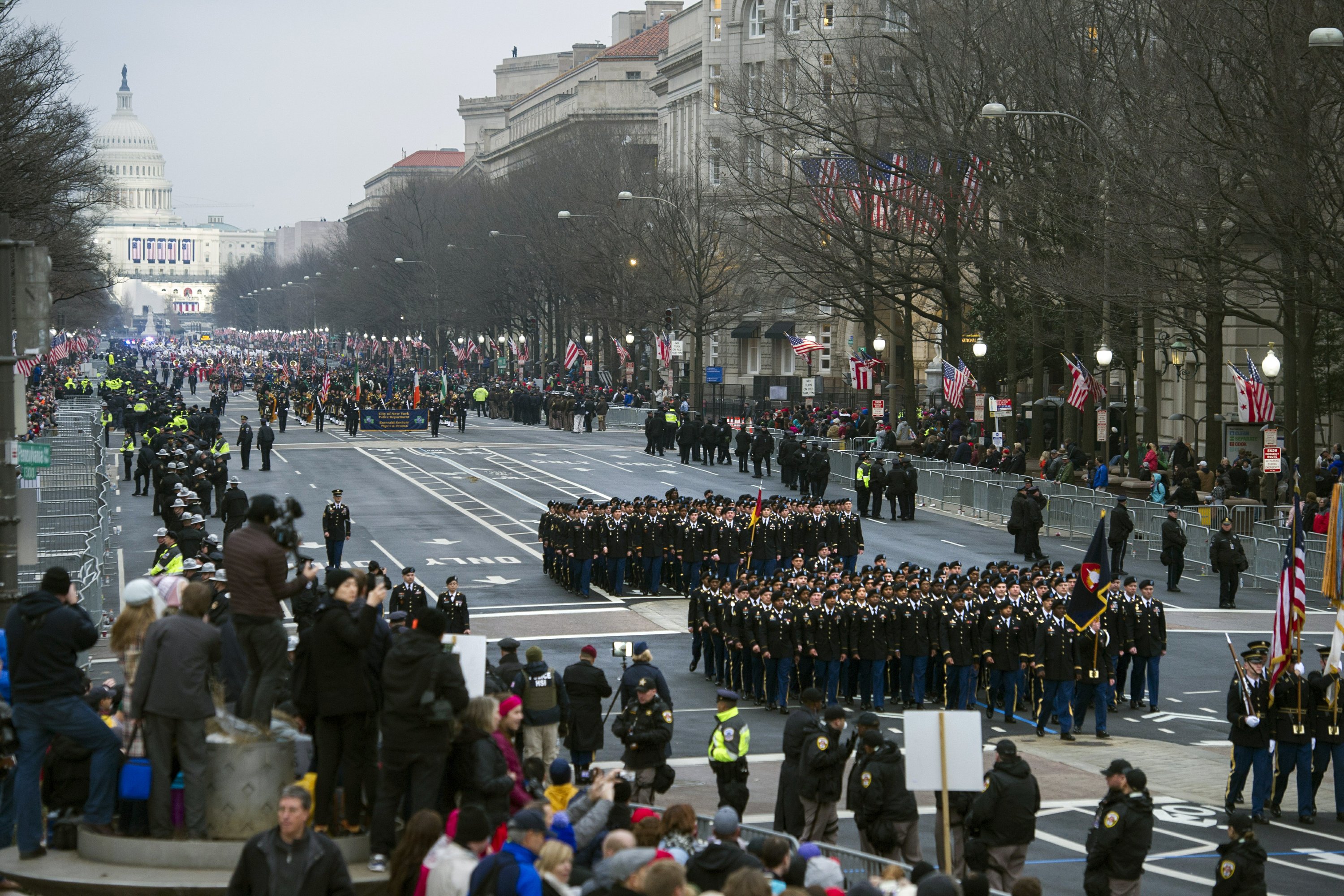 Washington’s mayor is rejecting as “patently false” President Donald Trump’s claim that the city exaggerated the costs of a proposed military parade.

Muriel Bowser spoke to The Associated Press on Friday after Trump canceled the parade because of soaring costs.

U.S. officials estimated the parade cost at $92 million. The city estimated its expenses would be $21.6 million, and Bowser said the city would have expected to have been reimbursed by the government.

Bowser said she opposes the parade regardless of the price.

She said that “as a taxpayer” she would rather see that money spent on other ways of honoring the military such as ensuring “no veteran goes homeless.”

About $13 million of the city’s expenses would be for police costs. Other expenses include fire, emergency medical services and transportation.

The mayor of Washington, D.C. is firing back at President Donald Trump, who blamed local officials for the “ridiculously high” cost of his proposed Veterans Day military parade.

Mayor Muriel Bowser tweeted Friday that she was the one who “finally got thru to the reality star in the White House with the realities ($21.6M) of parades/events/demonstrations in Trump America (sad).”

The Associated Press has reported that officials thought the full price tag would be about $92 million.

The Defense Department said Thursday the parade would not happen this year. Trump on Friday added that maybe it would happen in 2019 “when the cost comes WAY DOWN.”

Trump blamed local politicians for inflating the cost, although much of the projected $92 million cost was believed to cover Pentagon costs for aircraft, equipment and personnel.

President Donald Trump says he is canceling his plans for a military parade through the streets of Washington because the price was “ridiculously high.”

On Twitter, Trump accused local politicians of price gouging, although the projected $92 million cost was largely attributed to Pentagon costs for aircraft, equipment and personnel.

Trump tweeted “maybe we will do something next year when the cost comes WAY DOWN.”

The Defense Department had already said the parade wouldn’t happen this year.

Trump had called for the patriotic show of force last year after watching France’s Bastille Day celebration in the center of Paris at the invitation of the French president. But the project has been beset with logistical hurdles, such as the damage heavy tanks would do to city streets and an exorbitant price tag.

Col. Rob Manning, a Pentagon spokesman, said Thursday that the military and the White House “have now agreed to explore opportunities in 2019.”

The announcement came several hours after The Associated Press reported that the parade would cost about $92 million. That’s according to U.S. officials citing preliminary estimates more than three times the price first suggested by the White House.

According to the officials, roughly $50 million would cover Pentagon costs for aircraft, equipment, personnel and other support for the November parade in Washington. The remainder would be borne by other agencies and largely involve security costs.