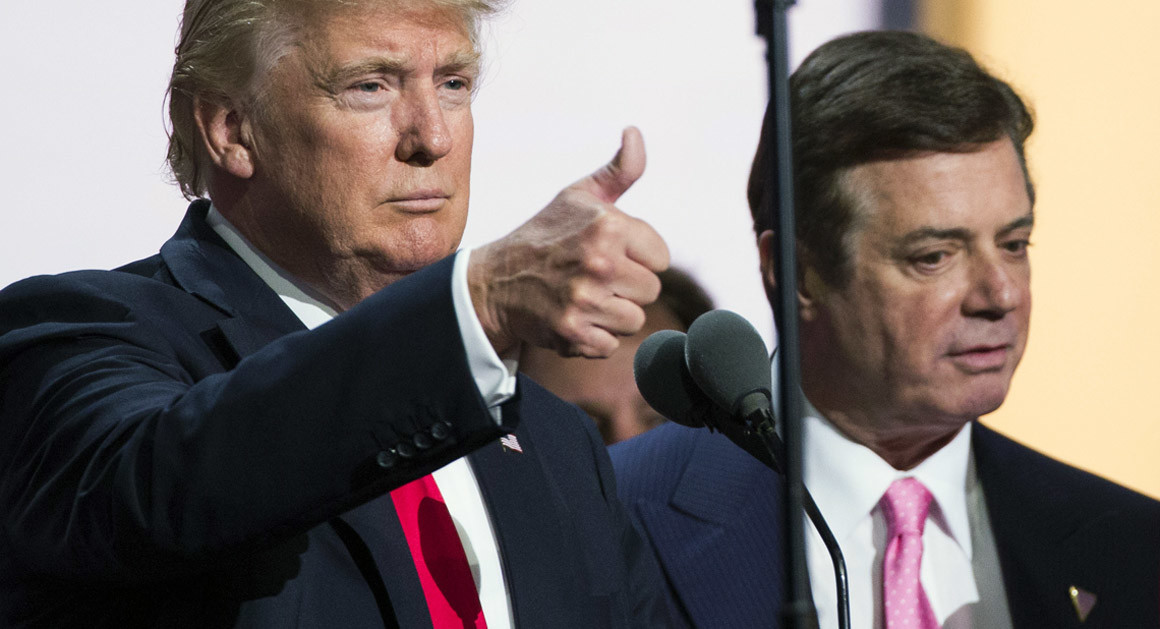 Manafort is accused of hiding from the IRS millions that he made advising Russia-backed politicians in Ukraine, and then lying to banks to get loans when the money dried up. He faces 18 felony counts on tax evasion and bank fraud.

“I think the whole Manafort trial is very sad,” Trump told reporters at the White House.

“When you look at what’s going on, I think it’s a very sad day for our country,” he said. “He worked for me for a very short period of time. But you know what, he happens to be a very good person and I think it’s very sad what they’ve done to Paul Manafort.”

The financial fraud trial is the first courtroom test of the ongoing Russia probe led by special counsel Robert Mueller. While allegations of collusion are still being investigated, evidence of bank fraud and tax evasion unearthed during the probe has cast doubt on the integrity of Trump’s closest advisers during the campaign.

But Manafort’s fate was far from clear. The case calls on the dozen jurors to follow the complexities of foreign bank accounts and shell companies, loan regulations and tax rules. It exposed details about the lavish lifestyle of the onetime political insider, including a $15,000 jacket made of ostrich leather and $900,000 spent at a boutique retailer in New York via international wire transfer.

The jury ended its first day of deliberations with a series of questions to the judge, including a request to “redefine” reasonable doubt.

Along with the question on reasonable doubt, the jury asked about the list of exhibits, rules for reporting foreign bank accounts and the definition of “shelf companies,” a term used during the trial to describe some of the foreign companies used by Manafort.

Ellis told the jurors they need to rely on their collective memory of the evidence to answer most questions. As for reasonable doubt, he described it as “a doubt based on reason” and told jurors it does not require proof “beyond all doubt.”

Manafort’s defense countered that he wasn’t culpable because he left the particulars of his finances to others.

“When you follow the trail of Mr. Manafort’s money, it is littered with lies,” prosecutor Greg Andres said in his final argument earlier this week.

In his defense, Manafort’s attorneys told jurors to question the entirety of the prosecution’s case as they sought to tarnish the credibility of Manafort’s longtime protege — and government witness — Rick Gates.

Prosecutors say Manafort earned some $60 million consulting for the Russia-backed political party in Ukraine, and hid at least $16 million in income from the IRS between 2010 and 2014. They say Manafort declared only some of his foreign income on his federal income tax returns and repeatedly failed to disclose millions of dollars that streamed into the U.S. to pay for luxury items, services and property.