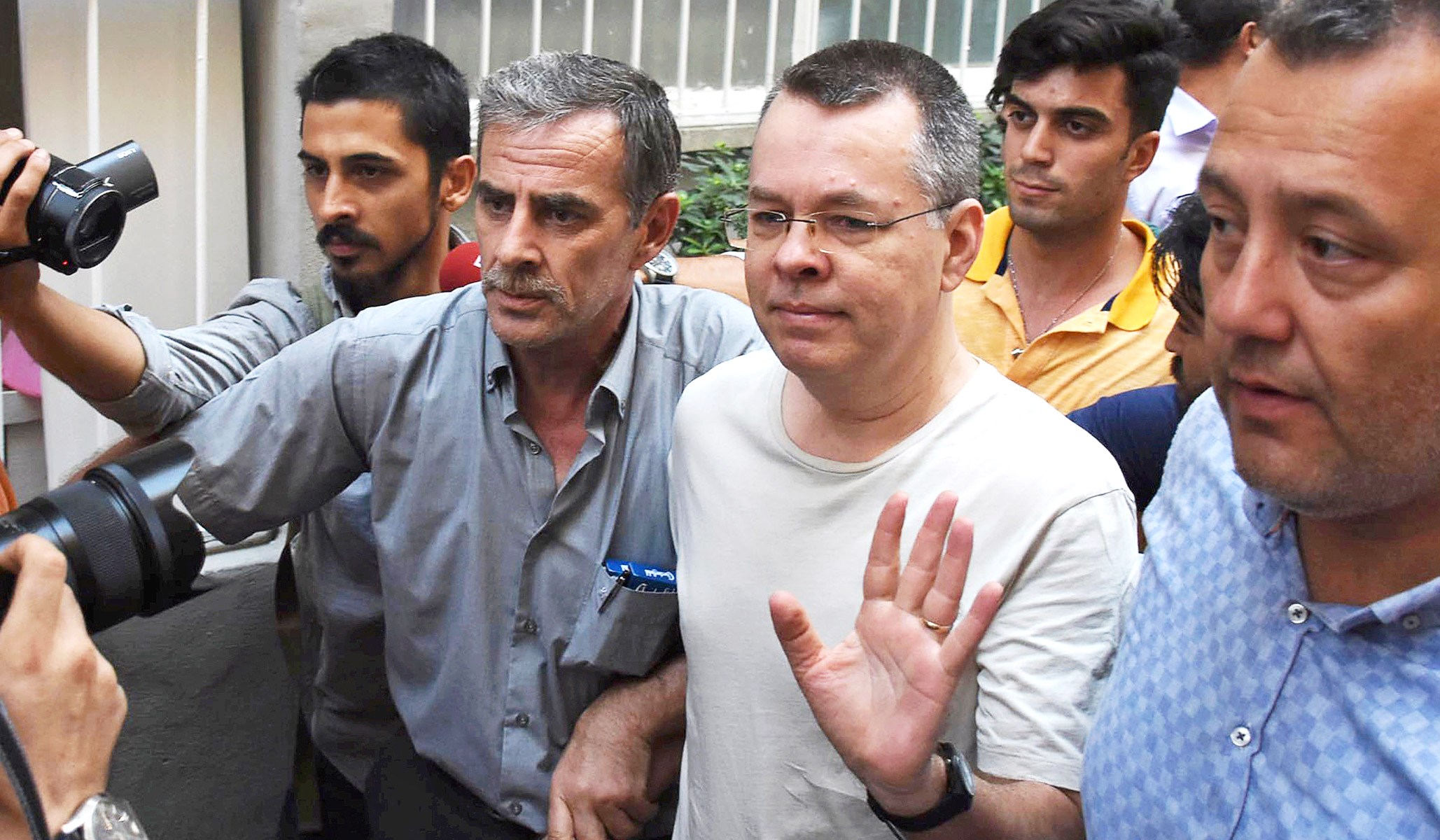 “Turkey’s been a problem for a long time,” Trump said Friday morning. “They have not acted as a friend. We’ll see what happens.”

On Thursday, Trump tweeted “[We] are cutting back on Turkey!” in retaliation for Brunson’s detention:

Turkey has taken advantage of the United States for many years. They are now holding our wonderful Christian Pastor, who I must now ask to represent our Country as a great patriot hostage. We will pay nothing for the release of an innocent man, but we are cutting back on Turkey!

Brunson, a 50-year-old evangelical pastor, was taken into custody by Turkish officials over a year ago. He was moved from imprisonment to house arrest in late July, in a move that Secretary of State Mike Pompeo called “long overdue,” but “not enough.”

Brunson was one of 20 Americans charged for planning a failed coup d’etat against Turkish President Recep Tayyip Erdogan and his administration in 2016.

The Trump administration has long held that there is no evidence of Brunson’s guilt, and that he should be returned to the United States immediately.

President Trump has a history of victory against countries that hold Americans captive. He successfully negotiated the release of three imprisoned UCLA college basketball players from China and shockingly, of three American hostages from North Korea.

I have just authorized a doubling of Tariffs on Steel and Aluminum with respect to Turkey as their currency, the Turkish Lira, slides rapidly downward against our very strong Dollar! Aluminum will now be 20% and Steel 50%. Our relations with Turkey are not good at this time!

And to be sure, this is softball from the president.

Pastor Andrew Brunson is an innocent man held in Turkey & justice demands that he be released. Turkey would do well not to test @POTUS Trump’s resolve to see Americans who are wrongfully imprisoned in foreign lands returned home to the United States.

It appears Turkey is giving the president a hard time. With new economic sanctions underway, they will now pay the price of refusing to cooperate with American authorities. President Trump is counting the days to put a checkmark in the “win” column following Turkey’s eventual relinquishment.