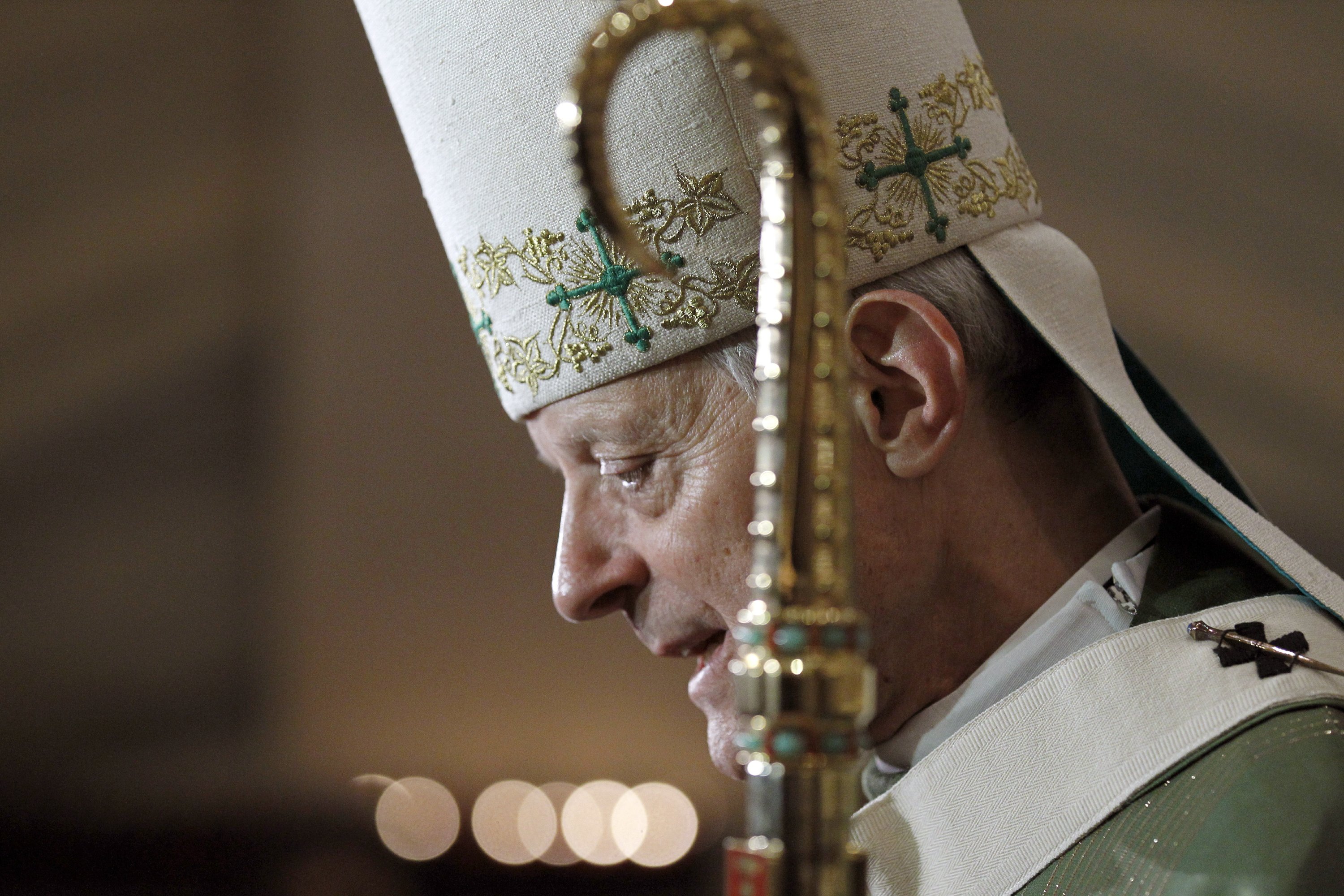 Cardinal Donald Wuerl, the Roman Catholic archbishop of Washington, is facing a storm of criticism and calls for his resignation after becoming entangled in two major sexual abuse scandals roiling the church he has served with distinction since 1966.

A scathing grand jury report in Pennsylvania this week accused Wuerl of helping to protect some child-molesting priests while he was bishop of Pittsburgh from 1988 to 2006.

Wuerl is also facing widespread skepticism over his recent insistence that he knew nothing about years of alleged sexual misconduct by former Cardinal Theodore McCarrick, his predecessor as spiritual leader in the nation’s capital.

The archdiocese, home to more than 630,000 Catholics, is considered an important power center for the church in the U.S., and Wuerl has been ranked by commentators as one of the most influential of the 10 active American cardinals.

The two scandals represent a stunning turn for the 77-year-old leader who, over the decades, earned the respect of fellow bishops across the U.S. and prided himself in taking tough steps to combat clergy sex abuse during his 18 years in Pittsburgh.

Some conservative Catholics are calling for his resignation or ouster, and a petition is circulating to remove his name from a parochial high school in suburban Pittsburgh.

Wuerl has said he has no plans to resign. He apologized this week for the damage inflicted on the victims but also defended his actions in Pittsburgh.

“The Diocese worked to meet or exceed the requirements of the United States Conference of Catholic Bishops and the reporting requirements of Pennsylvania law,” Wuerl said. “We showed pastoral concern by reaching out to victims and their families, while reporting allegations to the authorities so they could investigate crimes.”

The Vatican has yet to comment on the grand jury report or on the difficulties facing Wuerl.

Wuerl has not been charged with any wrongdoing but is named numerous times in the report, which details instances in which he allowed priests accused of misconduct to be reassigned or reinstated.

In one case, Wuerl — acting on doctors’ recommendation — enabled priest William O’Malley to return to active ministry in 1998 despite allegations of abuse lodged against him in the past and his own admission that he was sexually interested in adolescents. Years later, according to the report, six more people alleged that they had been sexually assaulted by O’Malley, in some cases after he had been reinstated.

“Cardinal Wuerl does not contest the facts. He should resign,” tweeted Matthew Schmitz, senior editor of the conservative Catholic magazine First Things. Many of Schmitz’s online followers expressed agreement.

In Wuerl’s defense, the archdiocese has released documents that include a detailed account of a case admirers cite as evidence of Wuerl’s strong stand against sex abuse.

The case surfaced in 1988, when a 19-year-old former seminarian, Tim Bendig, filed a lawsuit accusing a priest, Anthony Cipolla, of molesting him. Wuerl initially questioned Bendig’s version of events but later accepted his account and moved to oust Cipolla from the priesthood.

In 1993, the Vatican’s highest court ordered Wuerl to restore Cipolla to the ministry, but Wuerl resisted and, after two years of legal procedures, prevailed in preventing Cipolla’s return.

Wuerl “made a lot of enemies, but he persisted,” said author and journalist Michael Sean Winters, who writes for the National Catholic Reporter. “He risked his career over five years of battling.”

Looking more broadly at Wuerl’s career, Winters described him as “kind of exemplary.”

“When he gets up and goes to the microphone, everybody listens,” Winters said of bishops’ conferences he has covered. “He’s not an old leftie, he’s not a right-wing culture warrior. To use a word that’s out of currency, he’s a churchman.”

The Rev. Thomas Reese, a Jesuit priest who writes for Religion News Service, described Wuerl as an ideological moderate, “not someone who was part of one camp or another.”

Numerous conservative Catholic activists and commentators, though, consider him too tolerant of the LGBT community and too liberal on some other issues. They resent his pivotal role a decade ago in resisting a push by some of his fellow bishops to deny Communion to Catholic politicians who support the right to abortion.

However, dismay over the latest scandals was not limited to conservative circles.

“The US Catholic Church is very close to becoming a decapitated Church,” tweeted Massimo Faggioli, a relatively liberal theologian at Villanova University in suburban Philadelphia. “What Napoleon and Stalin couldn’t do, the hierarchy of the Church itself did.”

Wuerl was born in Pittsburgh, attended Catholic University in Washington and received a doctorate in theology from the University of Saint Thomas in Rome. He joined the priesthood in 1966, was ordained a bishop by Pope John Paul II in 1986, and served briefly as auxiliary bishop in Seattle before going to Pittsburgh.

Earlier this month, in an interview with the National Catholic Reporter, Wuerl proposed that the U.S. Conference of Catholic Bishops create a new high-level panel, chosen from its own ranks, to evaluate any allegations or rumors of sexual misconduct against bishops.

After the proposal met with substantial criticism, Wuerl offered a revised plan that would include lay people.

“We must confront the need for collaboration in the face of the crisis of confidence experienced in the Church today,” Wuerl wrote.

On Wednesday, Wuerl celebrated Mass at the Cathedral of St. Matthew the Apostle in Washington and referred to “the horror of child sexual abuse” detailed in the grand jury report.

“The pain, the suffering is something that we need to accept responsibility for,” he said. “While we work to restore confidence in the ability of the church … to treat this problem, we need constantly to be there for survivors.”

Associated Press writer Nicole Winfield, who covers the Vatican, contributed to this report.