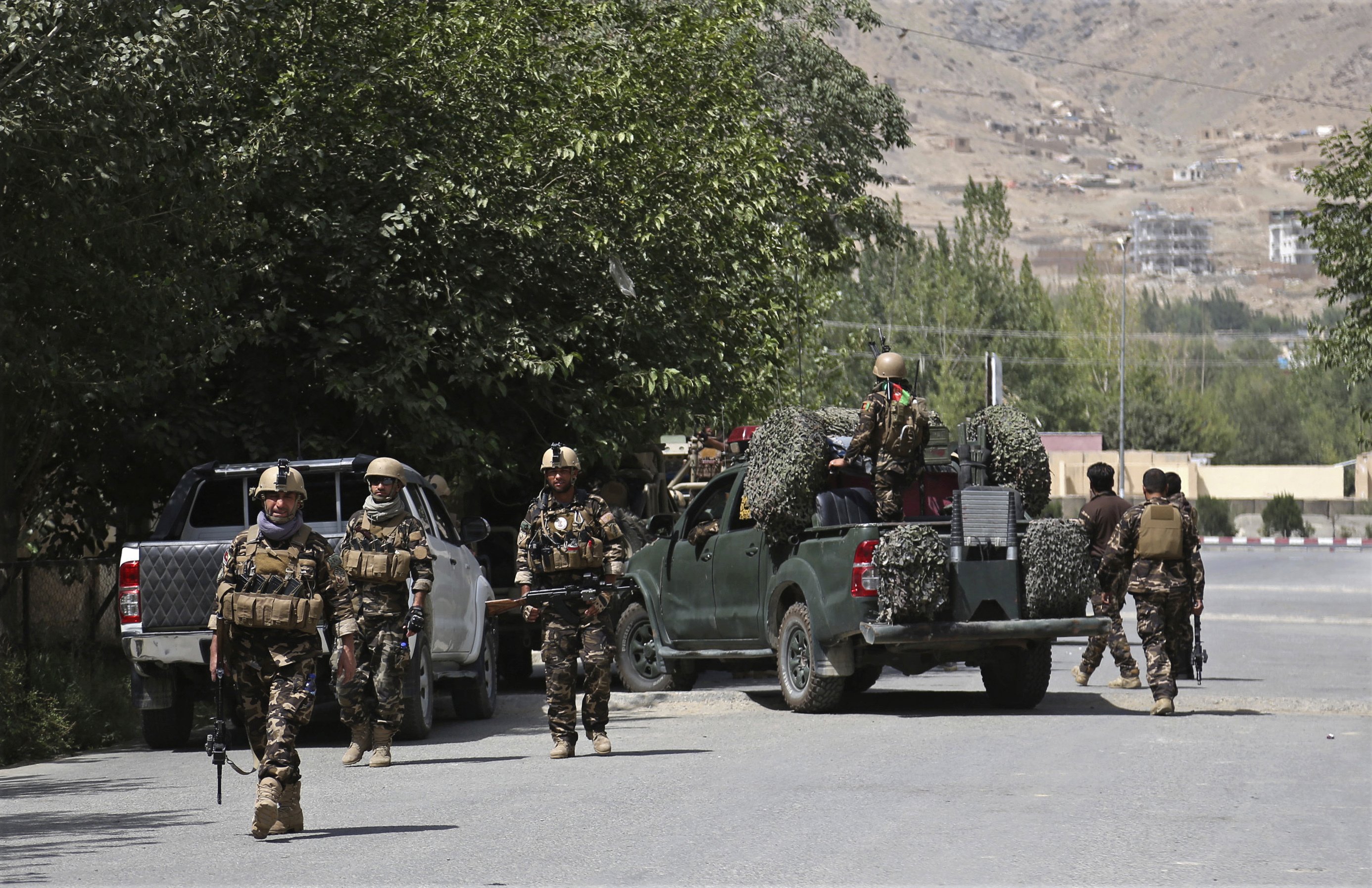 BOGOTA, Colombia — The Taliban is likely to keep up its recent surge of violence in advance of scheduled parliamentary elections in October but Western-backed Afghan defenses will not break, U.S. Defense Secretary Jim Mattis said Thursday.

In his most detailed comments on the Taliban’s assault on the eastern city of Ghazni since it began Aug. 10, Mattis said the Taliban had six objectives in and around the city and failed to seize any of them. He would not specify the six sites.

In Ghazni, provincial police chief Farid Mashal said Thursday that roads were being cleared of mines planted by Taliban who temporarily held entire neighborhoods of the city that they had besieged. The fighting continued for five days with more than 100 members of the Afghan National Security forces killed and 20 civilians. Scores of Taliban were also killed, according to Afghan officials.

Mattis said some Taliban fighters were still holed up in houses in the city “trying to get resupplied.” He said businesses are reopening, and overall, “it’s much more stable” in Ghazni, showing that the Taliban have fallen short.

“They have not endeared themselves, obviously, to the population of Ghazni,” Mattis said. “They use terror. They use bombs because they can’t win with ballots.”

The Taliban operation followed a familiar pattern, Mattis said in remarks to reporters flying with him Thursday evening to Bogota, Colombia, where he was winding up a weeklong tour of South America.

The insurgents likely were trying to gain leverage in advance of an expected cease fire offer by Afghan President Ashraf Ghani, he said. And they likely were hoping to sow fear in advance of the October elections, he added.

“They achieved a degree of disquiet,” he said, but nothing more.

“So we’ll continue to see this sort of thing,” he said, even though the Taliban lack the strength to hold territory they seize for brief periods. “They will never hold against the Afghan army.”

The Afghan war has been stalemated for years. The Taliban lack the popular support to prevail, although they benefit from sanctuary in Pakistan. Afghan government forces, on the other hand, are too weak to decisively break the insurgents even as they develop under U.S. and NATO training and advising.

Mattis has said he believes the Afghan security forces are gaining momentum and can wear down the Taliban to the point where the insurgents would choose to talk peace. So far that approach has not produced a breakthrough.

Next week will mark one year since President Donald Trump announced a revised war strategy for Afghanistan, declaring there would be no time limit on U.S. support for the war and making a renewed push for peace negotiations.