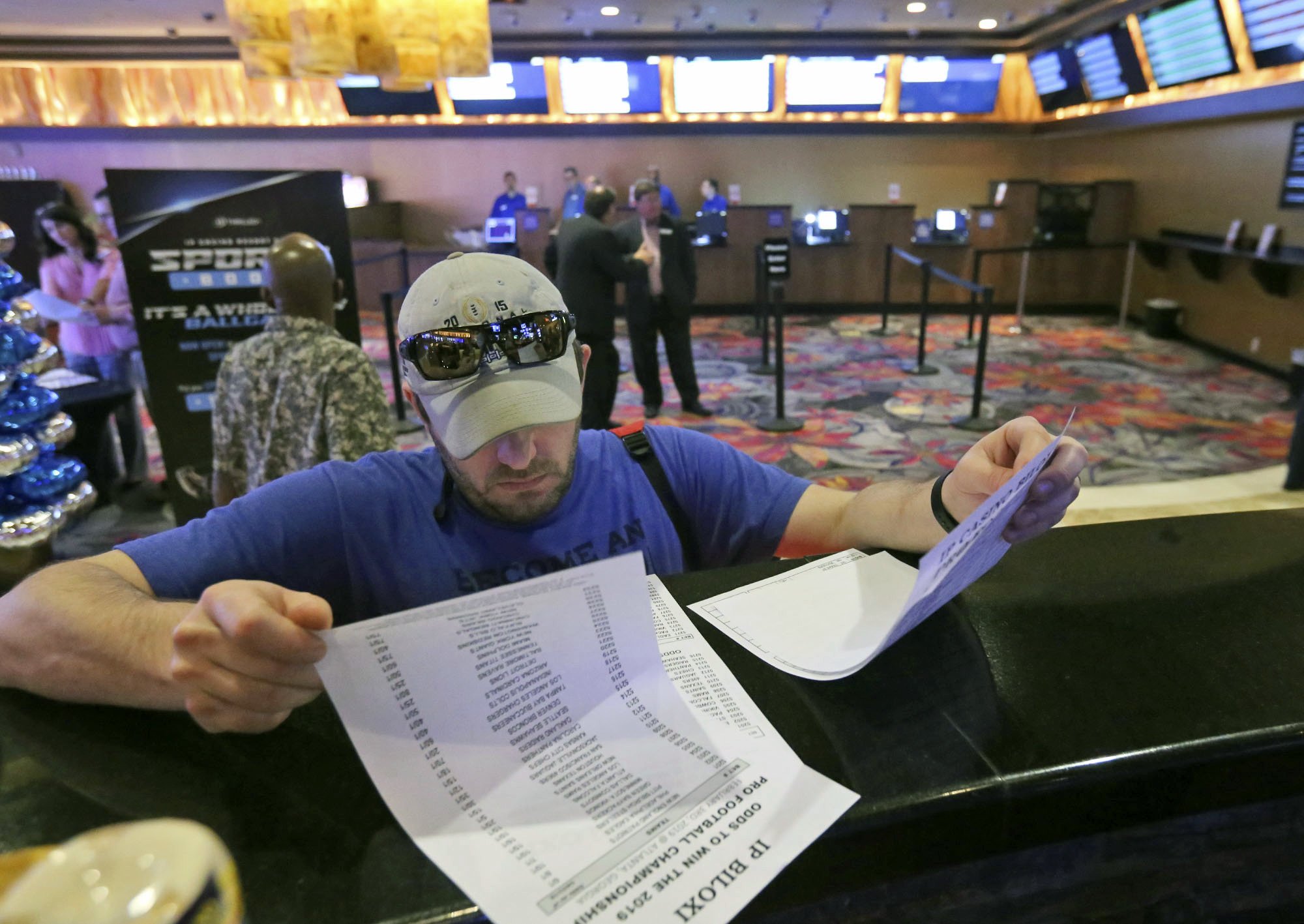 Concerned that expanded sports gambling will bring additional costs for ensuring their games are on the up-and-up, college athletic departments are looking for a way to get a piece of the action.

A U.S. Supreme Court decision in May allowed states across the country to join Nevada in having legalized sports betting. Since then, sports books have opened in Delaware, Mississippi and New Jersey. A West Virginia casino is set to take bets within two weeks, with other states not far behind.

Schools in states where legal wagering has started or soon will are considering joining professional sports leagues in pursuing legislation requiring sports book operators to pay them a cut of the amount wagered on their games. College officials say the “integrity fees” would help fund beefed-up programs educating athletes about unscrupulous activities associated with gambling and monitoring betting lines for possible game fixing or point shaving.

The American Gaming Association, which lobbies on behalf of the gambling industry, opposes integrity fees because they would be piled on top of state and federal taxes that cut into profit margins. Also, the AGA says, the pressure of paying integrity fees would result in operators offering less attractive odds than a bettor could get from an illegal bookmaker.

Legal sports books keep about 5 percent of the total money bet, and the proposed integrity fee typically is 1 percent. That would mean 20 percent of the profit would go to the recipients of the fees, said Sara Slane, the AGA’s senior vice president of public affairs.

“It’s absolutely absurd. There is no business that would agree to that,” she said. “It’s not going to accomplish ultimately what I think the leagues would like to see, even the colleges would like to see, which is to have regulated, legalized sports betting and consumers partaking in that platform versus continuing down the path of the illegal market.”

There are no known estimates for how much money integrity fees might raise for an individual school, which would receive fees based on the amount of money legally wagered on its games.

“You’re not talking about millions of dollars,” said Andy Humes, executive associate athletic director for compliance and administration at Missouri. The state in 2019 likely will continue debate on gambling legislation that began this year.

Professional leagues contend they’re entitled to integrity fees because sports books are making money off their product and, with more wagering opportunities, the leagues must devote more resources to monitor betting lines for unusual activity.

The NBA and Major League Baseball led an effort in New York to secure a 1 percent integrity fee — eventually reduced to one-quarter of 1 percent — but the bill didn’t make it to the floor before the session ended in June.

While integrity fees have been a non-starter so far, universities that deal with unpaid athletes and are politically well connected in their states aren’t discouraged. West Virginia lawmakers probably will revisit integrity fees next year.

Athletic directors Shane Lyons of West Virginia and Mike Hamrick of Marshall attended a May meeting where integrity fees were discussed. Both said they want their expenses offset for the extra monitoring of athletes and educating them on risks associated with gambling.

“I think at some point, someone has to say we’ve got to help the two universities in this state to make sure they don’t become another Boston College or a Northwestern,” Hamrick said, referring to past point-shaving scandals at other colleges.

Hamrick said he would be able to hire additional compliance staffers immediately if colleges receive compensation. He also would bring in speakers to talk to the athletes.

“The pros that come in, they’re expensive,” Hamrick said. “You could go as far as working with the university to maybe have a class the kids have to take on a regular basis.”

Lyons said there was little consultation with WVU and Marshall when the state legislature passed the sports gambling bill this year.

“The ramifications of that are placed upon me,” Lyons said. “As the director of athletics of West Virginia University, my job is to protect the integrity of this department. The last thing I want is for one of my athletes to be involved in any type of issue with sports betting.”

Hamrick knows about the casino industry. He was UNLV’s AD for six years before coming to Marshall in 2009 and said a sports bookmaking operation was located across the street from UNLV’s football practice facility.

Hamrick said an athletic compliance staffer would watch after games to see who was waiting to talk to the players. And players who drove cars on campus were required to register their license plate with the university so the athletic department knew who owned the cars.

“Maybe that’s overdoing it. But I was very paranoid, that I wasn’t going to let something happen underneath my watch,” Hamrick said. “What you’re concerned about is the wrong person getting to one of your student-athletes.”

Sports wagering began in Mississippi this month, and officials are discussing whether they want to pursue integrity fees.

Ole Miss athletic director Ross Bjork said integrity fees would go toward compliance and athlete education and that talk about making money off gambling would be “a losing conversation.”

Rutgers (New Jersey) and Penn State did not respond to Associated Press requests for comment on integrity fees and the University of Pittsburgh declined comment. A casino operator on Friday began the application process for a license to offer sports betting in Pennsylvania.

The NCAA declined comment to the AP, though it has said it would not pursue integrity fees for itself and that it continues to oppose to any wagering, legal or otherwise.

Anthony Cabot, a longtime gambling industry attorney, said the NCAA — not individual schools — should take the lead in ensuring sports integrity by creating a division that works exclusively with sports book operators to look for irregular betting patterns.

“We really do need a national system to protect the integrity of the games, and how much a single university could contribute to that is somewhat limited,” Cabot said.

Cabot said the NCAA would be like “ostriches with their heads in the sand” if it doesn’t initiate an overarching integrity program of its own.

“Whether sports wagering is legal or illegal, it’s rampant,” he said. “So to say we’re going to ignore this because we don’t like gambling is to ignore you had this significant industry that can impact the integrity of your games. To do nothing about it is, I think, irresponsible.”