Colorado man charged with murder in deaths of wife, 2 kids 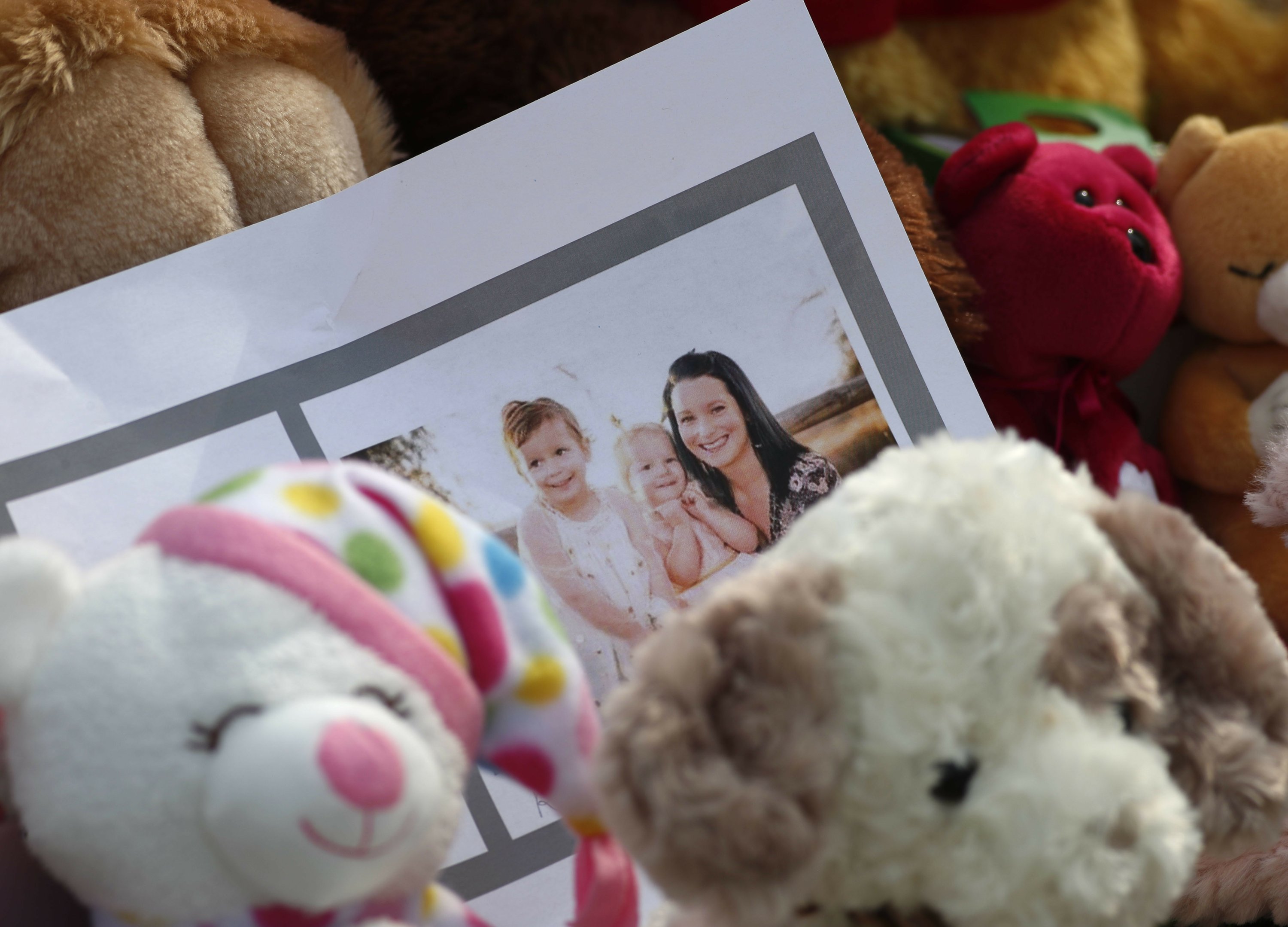 DENVER — Prosecutors charged a Colorado man with murder Monday in the deaths of his pregnant wife and their two young daughters, a crime that left loved ones searching for answers.

The charges against Christopher Watts, 33, come a week after a friend reported Shanann Watts, 34, and the girls missing from their home in Frederick, a small town on the grassy plains north of Denver.

Watts faces nine felony charges, including three first-degree murder charges, two counts of murdering a child, one count of unlawful termination of a pregnancy and three counts of tampering with a deceased human body.

Before his arrest last week, Christopher Watts lamented in interviews with local television stations about missing his wife and daughters. No motive has been released.

Authorities found Shanann Watts’ body Thursday, buried in a shallow grave near an oil tank on property owned by the oil and gas company that her husband worked for. The bodies of 4-year-old Bella and 3-year-old Celeste were later found inside oil tanks near their mother’s grave.

Prosecutors have said they would ask a court to unseal the warrant for Christopher Watts’ arrest after filing charges. He’s being held without bail and will next appear in court Tuesday.

Family and friends said they were shocked by the slayings, saying the family seemed happy and Christopher Watts appeared to be a good father. The social media accounts for Shanann Watts, who was from North Carolina, are filled with photos of the family smiling and playing and posts praising her husband and expressing excitement about the couple expecting their third child.

But a June 2015 bankruptcy filing captured a picture of a family dealing with financial strain.

The family’s two-story home is just outside Frederick, a small town outside Denver where fast-growing subdivisions intermingle with drilling rigs and oil wells.

The bodies were found on property owned by Anadarko Petroleum, one of Colorado’s largest oil and gas drillers, where Watts had worked as an operator. Court documents filed by defense lawyer James Merson said the girls had been submerged in crude oil for four days.

Autopsies have been completed but not released.

A judge on Friday denied a request by Merson to require the coroner to collect DNA from the necks of the children. The attorney’s request suggested that the girls may have been strangled.