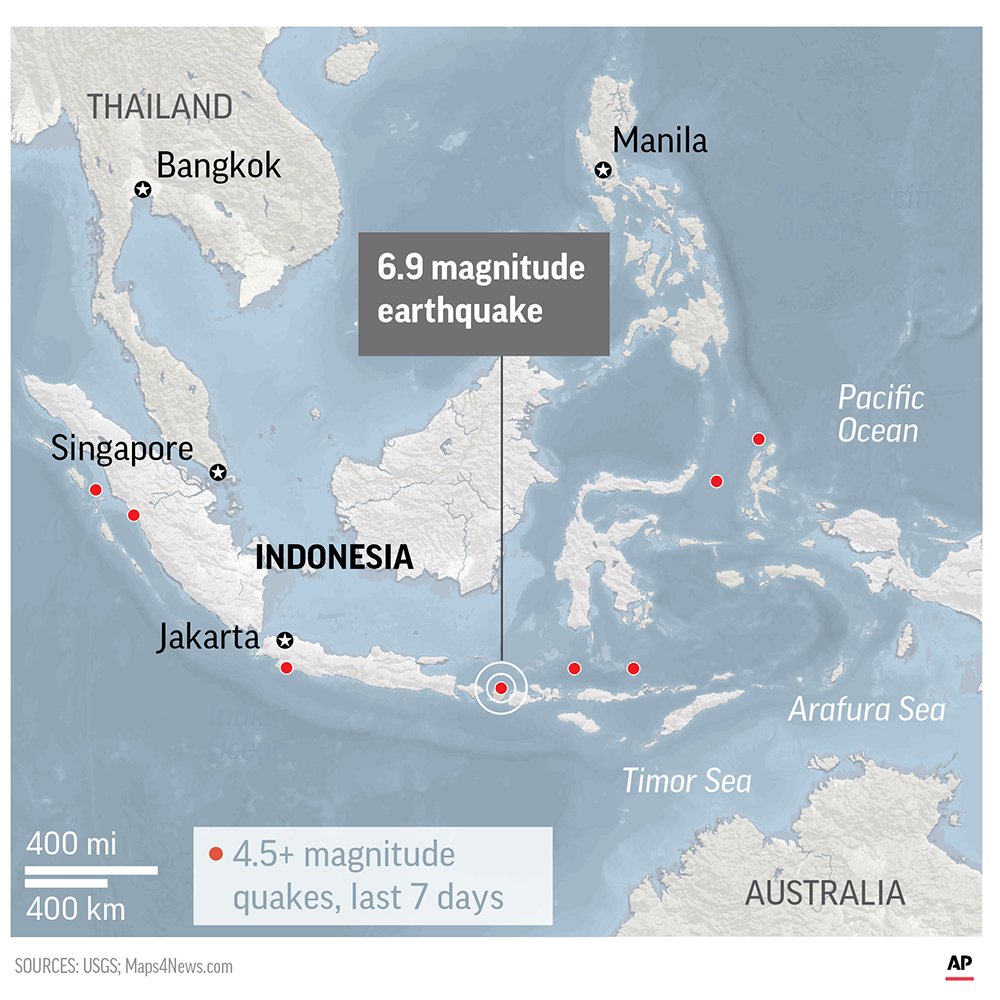 SEMBALUN, Indonesia — Strong earthquakes jolted the Indonesian tourist island of Lombok on Sunday, causing power blackouts, landslides and damage to buildings, as the island tries to recover from a temblor earlier this month that killed hundreds of people.

A shallow quake late Sunday evening was measured at magnitude 6.9 by the U.S. Geological Survey and followed quakes during the day recorded at magnitudes 6.3 and 5.4. All were centered in the northeast of the island. The evening quake was followed by strong aftershocks.

An Associated Press reporter on Lombok said the latest in the flurry of quakes caused panic and power blackouts in parts of the island. There were was no immediate information about damage or casualties.

The daytime quakes caused landslides on the slopes of Mount Rinjani, an active volcano, and panic in villages. Video shot by the Indonesian Red Cross showed huge clouds of dust billowing from the mountain’s slopes.

The National Disaster Mitigation Agency said one person died from a heart attack during the biggest of the daytime quakes and nearly 100 houses near the epicenter were severely damaged.

The shaking from the daytime quakes toppled motorcycles and damaged buildings in Lombok’s Sembalun subdistrict, including a community hall that collapsed. The hall had sustained damage in earlier quakes, said disaster agency spokesman Sutopo Purwo Nugroho.

Mount Rinjani has been closed to visitors following a July earthquake that killed 16 people, triggered landslides and stranded hundreds of tourists on the mountain.

Indonesia, a sprawling archipelago that straddles the Pacific “Ring of Fire,” is prone to earthquakes and volcanic eruptions.