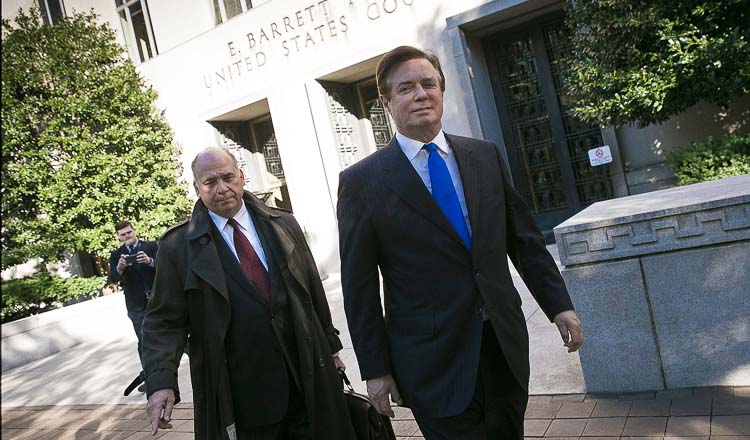 Former Trump campaign chairman Paul Manafort’s 18-count criminal trial is in its final stages — jury deliberations. But the action and talk surrounding the legal pursuit of Manafort is far from over.

The trial, which began July 31, is clearly bringing out the worst in people. For starters, presiding U.S. District Judge T.S. Ellis III said he has received threats about the way he has handled the case.

“I can tell you there have been [threats]. … I don’t feel right if I release their names,” he said, adding that because of threats against him, “The Marshals go where I go.”

But there is also much to be said about the left-wing media and the way they are choosing to cover the trial. The Washington Post, The New York Times, AP, CNN, NBC, Politico and BuzzFeed all filed a joint motion to release the names of the jurors in the trial. The judge rightfully rejected that motion. Why does the media feel the need and entitlement to have these private citizens’ information? Do they want to influence their decisions?

The left-wing media also filed a separate motion asking to release the sealed objection arguments that did not take place in open court. The judge again rejected this motion and said they will most likely be made public after the trial. Again, why does the media feel the need to have this information while the trial is going on? Leave it for post-trial analysis.

The most likely case is that the left-wing media thought this would be a quick victory for Mueller and his team of investigators into foreign interference in the 2016 elections.

If the jury cannot reach a unanimous decision or returns a verdict of not guilty with Manafort’s attorneys not calling a single witness or presenting a single piece of evidence during the defense’s case in chief, the Mueller probe will really be seen as a laughingstock. And that’s the last thing the left-wing media wants to report on.