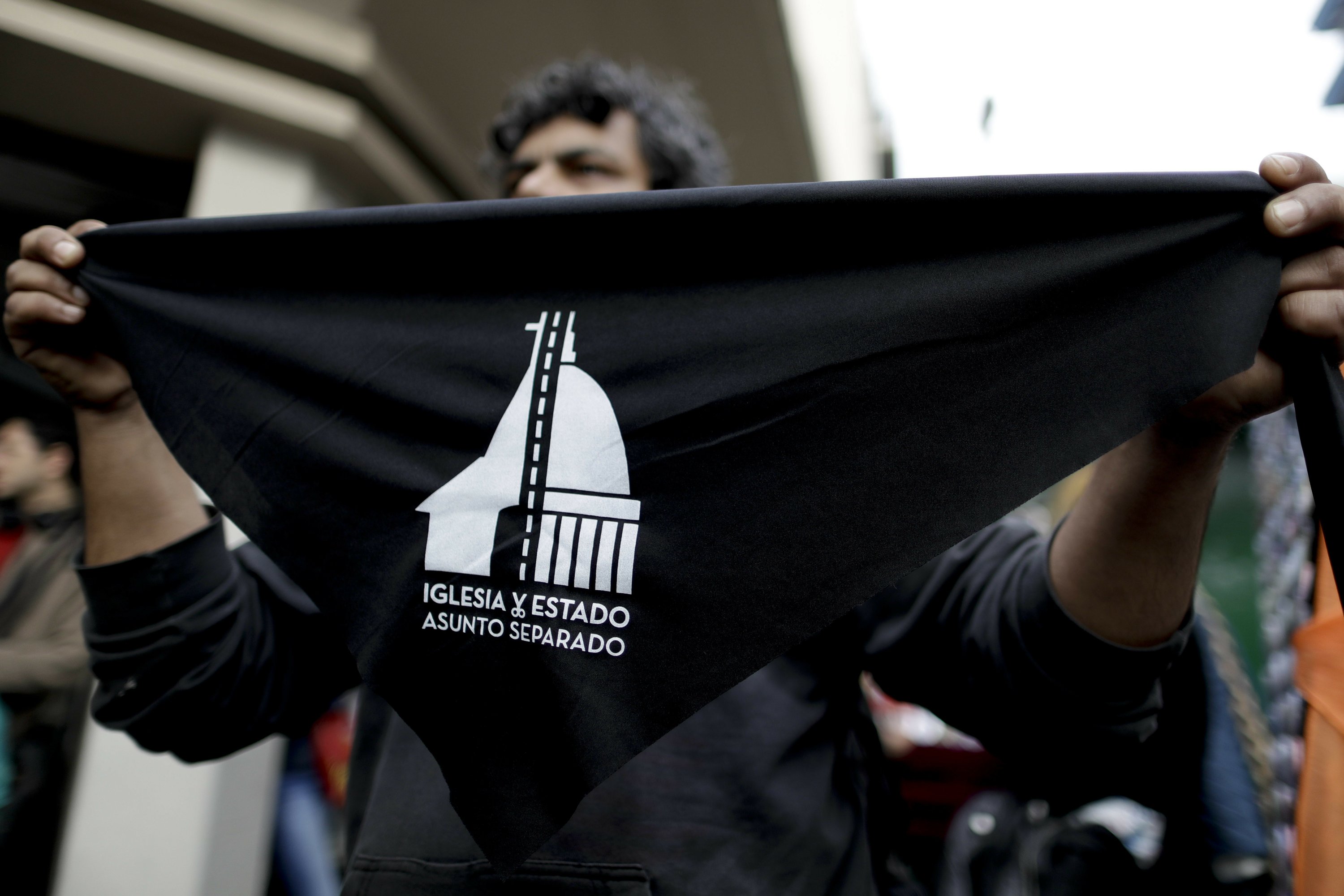 BUENOS AIRES, Argentina — Hundreds of people gathered in Buenos Aires on Saturday to oppose the influence of religion on Argentine politics and encourage people to quit the Roman Catholic Church in the wake of a Senate vote not to legalize some abortions.

The event, called “Collective Apostasy,” centered on a signature drive for Argentines wanting to renounce their affiliation to the church through a form that will later be given to the Episcopal Conference in the homeland of Pope Francis.

People formed long lines in Buenos Aires and other Argentine cities, and organizers hoped thousands would officially register their desire that the church not interfere in Argentine politics and that their names be eliminated from its registries.

“We are receiving the apostasies of all the people who want to renounce their ties to the Catholic Church,” said one of the organizers, Maria Jose Albaya.

The movement is led by the Argentine Coalition for a Secular State and its backers often wear orange scarves.

“Obtaining the vote for women, the divorce law, marriage equality, the gender identity law, the assisted human fertilization law, the law of integral sexual education, the dignified death law were all done fighting clerical power, which seeks to have total dominion over our minds and bodies,” the event’s manifesto published on social media said.

Saturday’s event follows the rejection by the Senate in early August of a bill that would have legalized abortion in the first 14 weeks, a vote that was seen as being swayed by the Catholic church.

“The discourse by the church to convince the people to not accept the (abortion) law was so outrageous that I reached the height of my enmity toward the Catholic Church,” said Nora Cortinas, a founding member of the Mother of the Plaza de Mayo human rights group.

About two-thirds of Argentina’s 43 million residents define themselves as Catholic, but there is rising discontent with the church amid sex abuse scandals and the historic defeat of the vote to legalize abortion.

The Argentine Episcopal Conference and the Archbishopric of Buenos Aires did not immediately respond to requests for comment.

While some wanted to renounce all ties to the church, others thought it still had support.

Ignacio Amui, a company director and a Catholic, said he believes the church “has many things to work on and modernize.”

“But the Catholic religion is, was and will be the most important religion in our country,” the 56-year-old said.