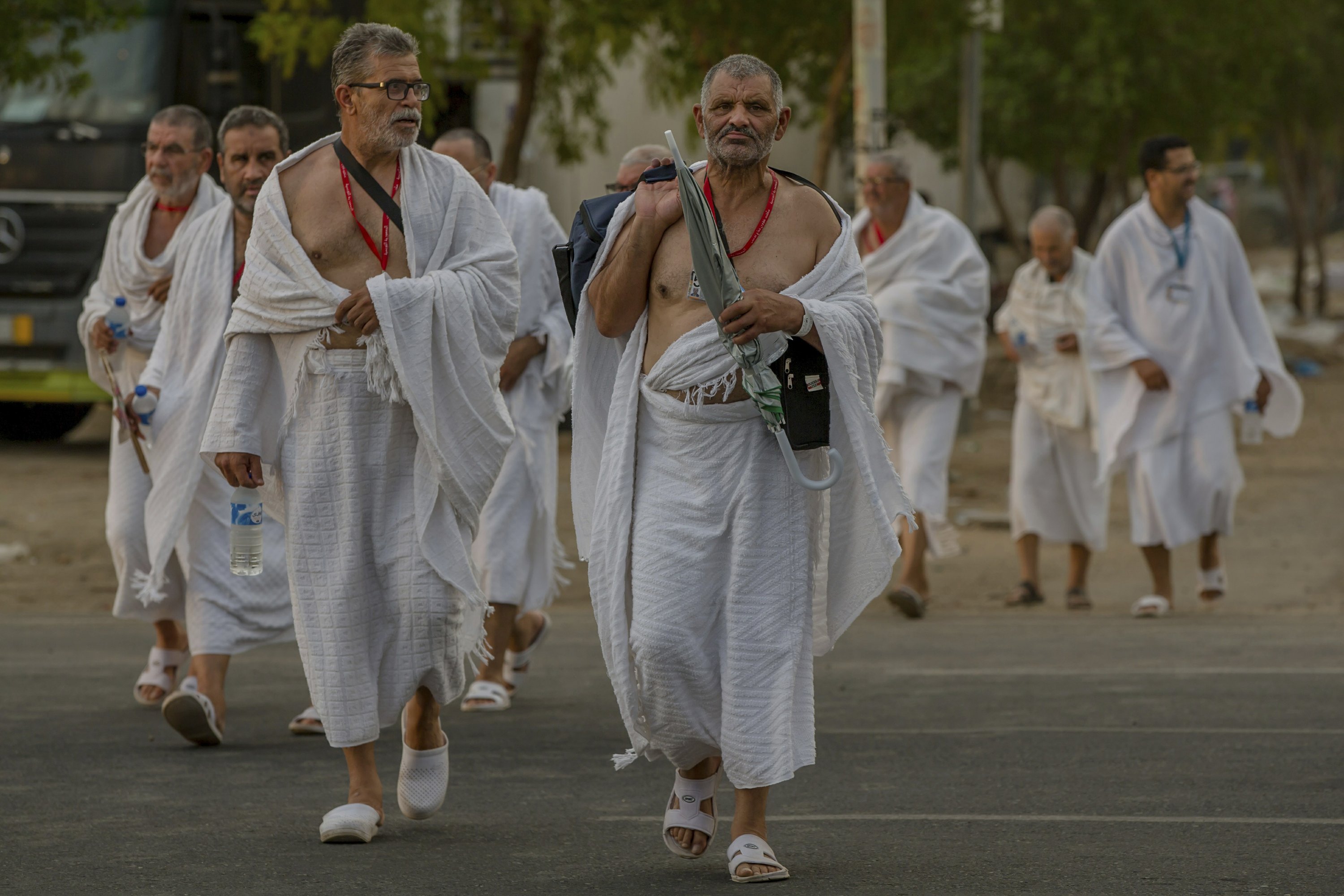 MOUNT ARAFAT, Saudi Arabia — Some 2 million Muslim pilgrims gathered on Monday in the valley of Mount Arafat in Saudi Arabia for a day of prayer that marks the pinnacle of the annual hajj.

Pilgrims stood shoulder to shoulder for an emotional day of repentance and supplication at the site Muslims believe the Prophet Muhammad delivered his final sermon, calling for equality and for Muslims to unite. According to the hadiths, traditional collections of the prophet’s sayings and anecdotes about his life, Muhammad also reminded his followers of women’s rights and that every Muslim life and property is sacred.

Muslims believe prayer on this day at Mount Arafat, about 20 kilometers (12 miles) east of the holy city of Mecca, is their best chance to erase past sins and start anew.

“Today is the most important part of the hajj, and we are all feeling great, and we pray for all Muslims in the world,” said Abdel-Munem Ali, a Libyan pilgrim.

Syrian pilgrim Mohammad Nezar said he was praying “to Allah to restore peace for people everywhere.”

Mohammad Neem, a Pakistani pilgrim, said he couldn’t find the words to describe his feelings. “This is the day to pray, and this is the right time to do that,” he added.

Around sunset, pilgrims will head to an area called Muzdalifa, which is 9 kilometers (5.5 miles) west of Arafat. Many walk, while others use buses. They spend the night there and pick up pebbles along the way that will be used in a symbolic stoning of the devil back in the city of Mina, where Muslims believe the devil tried to talk Ibrahim out of submitting to God’s will.

The kingdom has spent billions of dollars of its vast oil revenues on security and safety measures, particularly in Mina, where some of the hajj’s deadliest incidents have occurred.

The worst in recorded history took place only three years ago. On Sept. 24, 2015, a stampede and crush of pilgrims in Mina killed at least 2,426 people, according to an Associated Press count.

The official Saudi toll of 769 people killed and 934 injured has not changed since only two days after the tragedy. The kingdom has never addressed the discrepancy in the casualty toll, nor has it released any results of an investigation that authorities had promised to conduct over the disaster.

The five-day hajj pilgrimage represents one of the world’s biggest gatherings every year, and is required of all able-bodied Muslims once in their life.

At the hajj’s end, male pilgrims will shave their hair and women will cut a lock of hair in a sign of renewal for completing the pilgrimage. Around the world, Muslims will mark the end of hajj with a celebration called Eid al-Adha. The holiday, remembering Ibrahim’s willingness to sacrifice his son, sees Muslims slaughter sheep and cattle, distributing the meat to the poor.