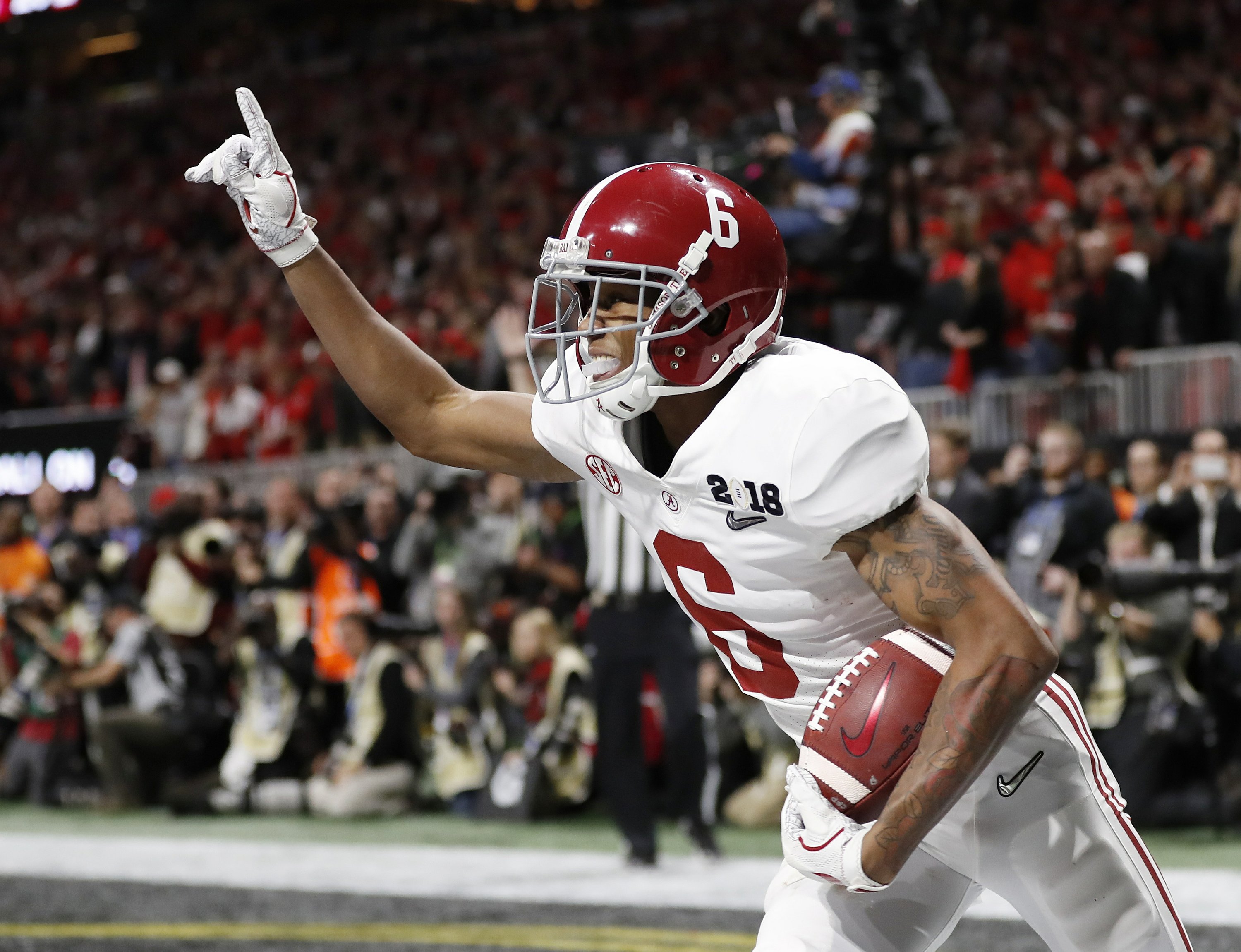 Alabama will begin its quest for a second consecutive national championship with a rare three-peat.

The Crimson Tide is just the second team to be ranked No. 1 in the preseason Associated Press Top 25 poll for three straight seasons. Alabama received 42 out of 61 first-place votes.

The preseason AP poll started in 1950 and since then only Oklahoma from 1985-87 had started No. 1 in three straight years until now.

BREAKING: No. 1 @AlabamaFTBL tops preseason AP Top 25 for third consecutive year, a feat done only once before; @ClemsonFB is No. 2, followed by @FootballUGA, @BadgerFootball and @OhioStateFB. See the full poll: https://t.co/jfkE4ZQ5Ce pic.twitter.com/JDiE6VLaxK

Ring up another milestone for coach Nick Saban’s Tide dynasty. Alabama has won five national championships since 2009 and now has been No. 1 to start the season five times under Saban. Last season was the first time Saban’s team started and finished the season No. 1.

The Tide enter this season with a question at quarterback, but there appears to be two good answers from which Saban has to choose: Tua Tagovailoa won the College Football Playoff championship game for Alabama with a second-half comeback and overtime touchdown pass. Jalen Hurts has led the Tide to the national title game in each of his two seasons as a starter.

Whoever is quarterback, Alabama’s offense should be potent with running back Damien Harris working behind a powerful line anchored by tackle Jonah Williams.

The Tide’s always tough defense will have all new starters in the secondary, but defensive end Raekwon Davis and linebackers Mack Wilson and Dylan Moses are primed to be Alabama’s next All-Americans.

The machine never stops in Tuscaloosa. One again, everybody is chasing Alabama.

The AP poll began in 1936 and Alabama is approaching the top of a very storied list:

This is Alabama’s seventh time overall being a preseason No. 1, matching USC for fourth most.

Central Florida was the only team in the country to go undefeated last season and — you might have heard — the school decided to declare the Knights national champions because why not? This is college football and nobody is really in charge.

UCF is ranked in the Top 25 for the first time to the start the season, coming in 21st in the preseason poll. The Knights are the highest-ranked team not in a Power Five conference, one spot ahead of Boise State from the Mountain West. If that ranking after going unbeaten seems unusually low, it is but it is not unprecedented. In the CFP/BCS era (1998-present), 19 teams have had unbeaten seasons. Three of those teams — 1998 Tulane, 1999 Marshall, 2004 Utah — were unranked in the preseason poll the next season. Not surprisingly, all those teams played outside of what were then called BCS automatic qualifying conferences. Five other teams were ranked outside the top 10, including three from outside BCS-auto bid leagues. Boise State in 2007 was No. 24 in the preseason. Utah in 2009 started 19th. TCU began 2011 at No. 14.

The only so-called power conference team to go unbeaten in the BCS/CFP era and be ranked similarly low the next season was Auburn — twice. After going 13-0 in 2004, the Tigers started 2005 ranked 16th. After Cam Newton led Auburn to the 2010 national title, the Newton-less Tigers were ranked No. 23 to begin 2011.

— No. 2 Clemson matched its best preseason ranking. The Tigers were No. 2 in 2016 and went on to win the national championship.

— No. 4 Wisconsin has its best preseason ranking since 2000, when it was also No. 4. The Badgers also had one first-place vote that year.

— No. 6 Washington has its best preseason ranking since 1997, when the Huskies were No. 4.

— No. 18 Mississippi State has its best preseason ranking since 1981, when the Bulldogs were No. 14.