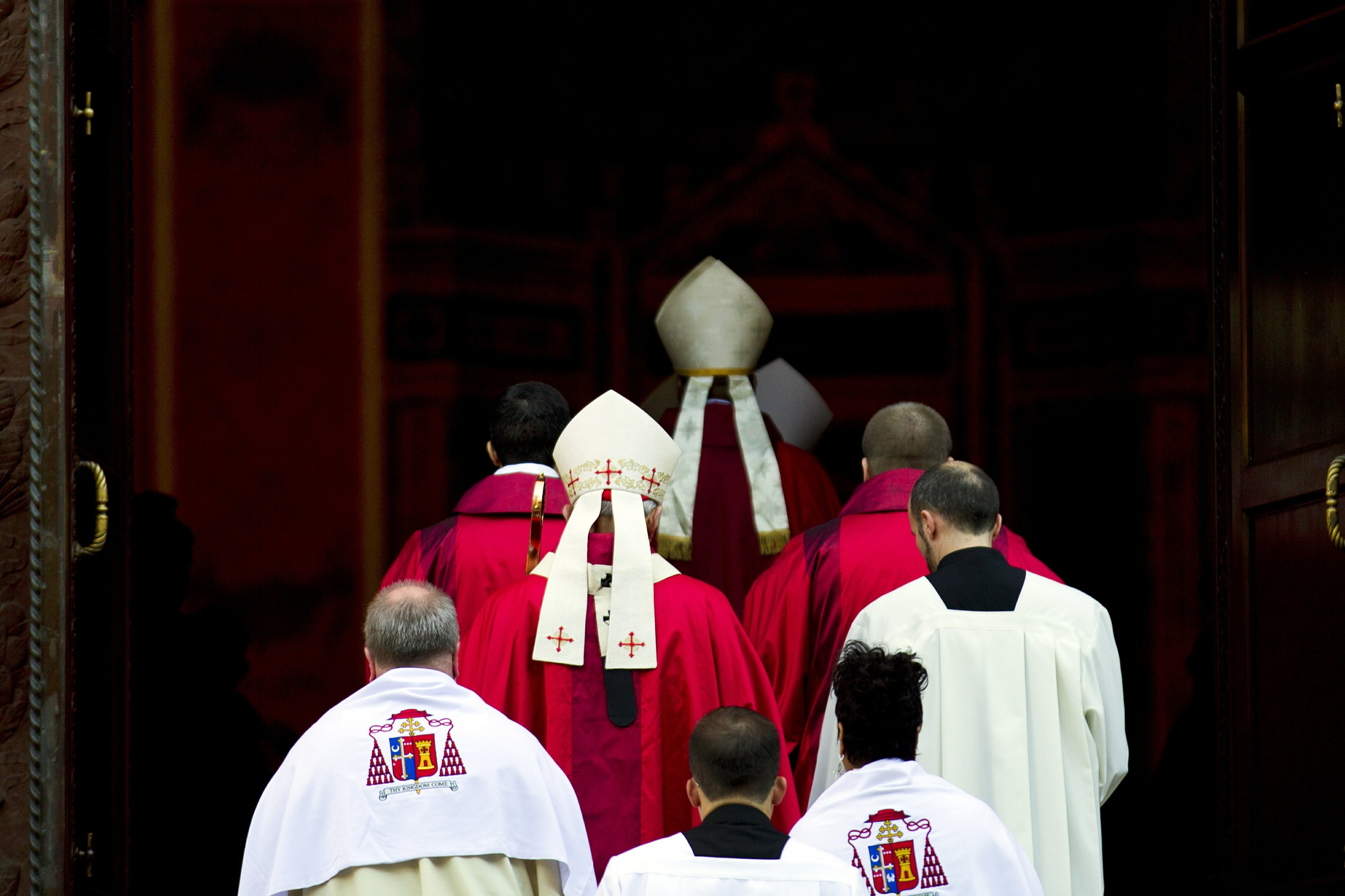 ST. PETERSBURG, Fla. — Of all the horrific details contained in the Pennsylvania grand jury report on child sexual abuse in the Catholic Church, one sentence stands out: “The main thing was not to help children, but to avoid ‘scandal.'”

When sex-abuse cases dominate headlines, a familiar pattern often emerges. If it took place at a large organization — be it a church, a large state university or a group such as USA Gymnastics — misconduct is often covered up in hopes of saving the institution’s reputation, and the money that accompanies it.

Why is the role of institutions so powerful? Because they command emotion. They inspire loyalty. And they have established ways of doing things that rev up when problems surface.

Perhaps most relevantly, they often have a community built around them, geographically or otherwise. And preserving that community can become a priority — even over something as seemingly fundamental as protecting the youngest among us.

In short, when bad things happen inside institutions, the ingredients are already there to make things even worse.

“We have to stop protecting our rainmakers and we have to hold them to the values we espouse, not just move them around,” said Kim Churches, CEO of the American Association of University Women.

Consider the case of USA Gymnastics and doctor Larry Nassar, who abused hundreds of girls and women under the guise of medical treatment while employed at Michigan State University.

Nassar is now serving a decades-long prison sentence for molesting patients and possessing child pornography. Victims had reported Nassar’s conduct to university employees for years, and said they were ignored.

“They weren’t believed, and weren’t protected in the way they needed to be,” says Natalie Rogers, an organizer with Reclaim MSU, an alliance of students, staff, faculty and alumni advocating for increased accountability and transparency.

“Institutional culture here was what silenced them,” Rogers says.

And remember the 2011 sex scandal that gripped Penn State, when it came to light that assistant football coach Jerry Sandusky molested dozens of boys? A report asserted that famed head coach Joe Paterno and other university leaders were made aware of suspicions about Sandusky’s actions but didn’t take action to stop it.

The much-debated report unpacking the university’s role, written by FBI Director Louis Freeh, said action wasn’t taken and facts were hidden at Penn State “in order to avoid the consequences of bad publicity.”

At Ohio State, there’s a growing list of more than 100 former students and athletes who say they were groped and otherwise mistreated by Dr. Richard Strauss, a deceased athletic department doctor who worked at the university for nearly 20 years. There are questions about whether Republican U.S. Rep. Jim Jordan knew about the abuse when he was an assistant wrestling coach at Ohio State during the same time.

“Sadly, all too often, we still see organizations wanting to preserve the brand and preserve the money, either by moving alleged perpetrators out of the organization to another area, rather than getting rid of them, or not acting in a way that’s protecting the victims,” says Churches.

“Victims and survivors then feel ashamed,” she says. “They don’t believe the institutions they trusted are caring for them.”

Why would that be, though? Why wouldn’t an institution reflexively prioritize the protection of the very people most likely to help chart its future? Alan Salpeter, an attorney at Arnold & Porter in Chicago, says there’s usually one key reason why abuse is covered up.

“It happens because of weaknesses in the culture of the institution,” says Salpeter, a crisis-management expert who has written about the Penn State situation.

Those weaknesses can be to protect profit or power. The Penn State case, he says, is an example of a power-based weakness that devolved into a cone of silence and protection (though it also involved money, in the form of alumni support of the football program and the university overall).

“At Penn State, football was king. It was where all the money came in. When there was a scandal, no one wanted to blow the whistle. No one wanted to challenge Joe Paterno,” Salpeter says. “The culture was tolerant of that and people looked the other way.”

And the Pennsylvania Catholic cases that were revealed this past week? There, he asserts, “the motivation was that they wanted people to stay committed. Instead of having money or having power, (they) wanted to keep their people committed to the church.”

The Pennsylvania grand jury report laid out the ways in which the church tried to conceal victims’ stories and charges. “The word ‘secret’ “appears over and over again in the documents we recovered,” the report said.

“Abuse complaints were kept locked up in a ‘secret archive,'” it says. “That is not our word, but theirs; the church’s Code of Canon Law specifically requires the diocese to maintain such an archive. Only the bishop can have the key. . It’s like a playbook for concealing the truth.”

The grand jury found that more than 1,000 children were molested or raped by over 300 “predator priests” in six Pennsylvania dioceses since the 1940s. It said a succession of bishops and other diocesan leaders worked to shield the church from bad publicity and financial liability by shuffling abusive priests around parishes rather than reporting complaints to police, permitting hundreds of known offenders to return to ministry.

Dioceses across the country have paid more than $3 billion in settlements with victims since 1950, according to the bishops’ own studies and news reports. Liability insurance covered some of the payouts, but many dioceses have had to sell off major properties to help cover costs. About a dozen of the United States’ 197 dioceses have sought bankruptcy protection in the face of abuse claims.

James Campbell Quick, a University of Texas professor who has studied sexual harassment in the workplace, says large institutions commonly encounter such problems. What matters, he says, is how they’re tackled by the leadership.

“Sexual deviance is part of the human condition,” he says. “The questions become, I think, ones of how much of a problem does it become in a particular institution, and how do you identify and address the problem, or manage it.”

Quick and other experts that have studied such scandals say the tone needs to come from one place: the top.

“If that tone is set well and is healthy, then the system will be healthy. You have to have systems in place to identify when something wrong, unhealthy or inappropriate occurs,” Quick says. “It’s really setting an institutional set of policies that say, ‘sexual assault is unacceptable. Sexual harassment is unacceptable.'”

Adds the AAUW’s Kim Churches: “We have to take action because we have to make sure we’re creating the cultures we want in our society.”