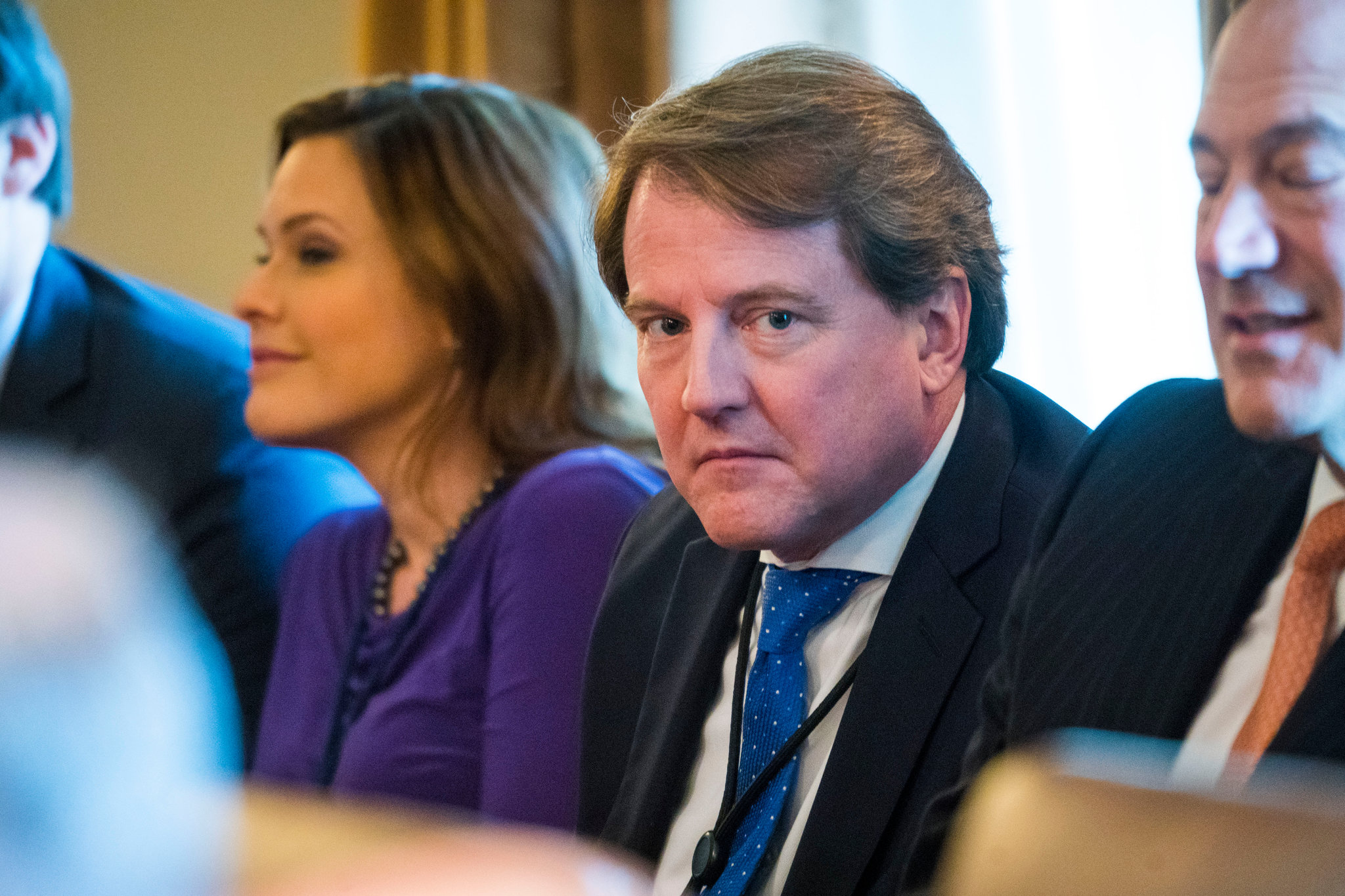 Trump in a series of Sunday morning tweets is responding to a New York Times story reporting that McGahn has given hours of testimony to the special counsel investigating Russian election meddling.

Dean was White House counsel for President Richard Nixon during Watergate. He ultimately cooperated with prosecutors and helped bring down the Nixon presidency, though he served a prison term for obstruction of justice.

Trump says he allowed McGahn and others to testify. He says, “I didn’t have to. I have nothing to hide……”

Trump is also calling the investigation “McCarthyism at its WORST,” a reference to indiscriminate allegations made by Sen. Joseph McCarthy in the 1950s to expose communists.